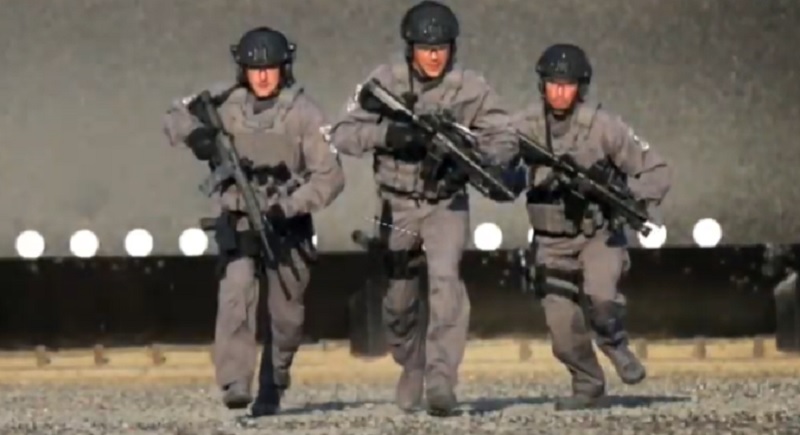 The Montgomery County, Maryland police recently announced that they are exploring a “lighter” uniform look that is less intimidating. A notable experiment in Lakewood, Colorado put their officers in sportscoats rather than the traditional uniforms. They returned to the uniforms when they discovered that the public wanted their police to look like police. Uniform controversies are not new.

Given the legacy of oppressive redcoats at the dawn of the United States, the founders wanted no part of the royal military in their new government. There was even debate about whether there should be a standing army. A few federal agencies were early in their inception including the U.S. Marshals and the Secret Service. The FBI evolved from an unarmed investigative force much later in our history. Uniforms for law enforcement were not standard or even expected.

Local law enforcement was vested in the elected sheriff, with municipal town watchmen eventually becoming formed into paid police. As seen on television westerns, the only mark of most lawmen was some kind of badge hanging from their shirt or vest. In various shapes, the badge has an ancient history of being associated with loyalty and even magical power. The oval badge is often called a shield, as a miniature representation of the ancient soldier’s shields before the days of modern ballistics, and representing the force of arms of a tribe or nation.

Uniforms became more acceptable after the Civil War where virtually every male in the country had served in one. With the increase in larger metropolitan police forces like New York City and Boston, Massachusetts, uniforms became standard as a way of identifying them in a crowd, aided by distinctive headgear. Since there was no national police force and no affiliation with the military (contrary to most countries), each agency selects its own appearance.

The value of wearing a uniform is in its utility. It serves to be a clear indicator of the wearer’s identity and authority. Beyond that, an officer needs immediate access to certain equipment. They also need protection from the elements and risks of the job. From the simple shirt, pants, shiny shoes, and equipment belt has evolved more complex solutions for the officer’s daily job. This is especially true for law officers working in remote areas.

Whereas the equipment on the belt was once a pair of handcuffs, a holstered sidearm, maybe a baton ring, and some ammo pouches, today’s uniform must accommodate body camera equipment, a Taser, multiple rounds of ammunition, a tourniquet, expandable baton, latex glove pouch, high-intensity flashlight, and radio. Rugged boots suitable for walking around in broken glass, muddy fields, and burned-out structures often replace the spit-shiny oxfords. Add a ballistics vest and we have the officer carrying 30 pounds or more on their body just to go to work.

Adoption of modified battle dress uniform (BDU) to a civilian police design has given officers more utility with space for equipment and ruggedness for duty. We might like the sharp military inspection ready look, but officers are often off the concrete and asphalt and into harsh environments where dressing in your Sunday best is impractical. Few citizens noticed the change from the gold-stripped polyester dress pants to the more user-friendly police BDU.

If a police officer’s uniform looks “intimidating”, that may be unavoidable and not necessarily undesirable. They aren’t there to deliver pizza, they are present to deal with any sudden disturbance or act of violence. Recent research has shown that there are health benefits to load-bearing vests, like those worn formerly only by SWAT members. Police officers have notoriously frequent back problems from sitting against equipment pouches pressed against their lower back when seated. Allowing load-bearing vests that can not only prevent chronic injury but also allow an officer to carry more vital equipment should outweigh any public relations problems. The public, which has shown over and over that they want and appreciate quality policing, can be informed and educated about the utility and benefits of any uniform change.

No one objects to a firefighter in bunker gear, a surgeon in scrubs, or a builder with a helmet and tool belt. A police officer deserves to have a uniform that is practical and safe.