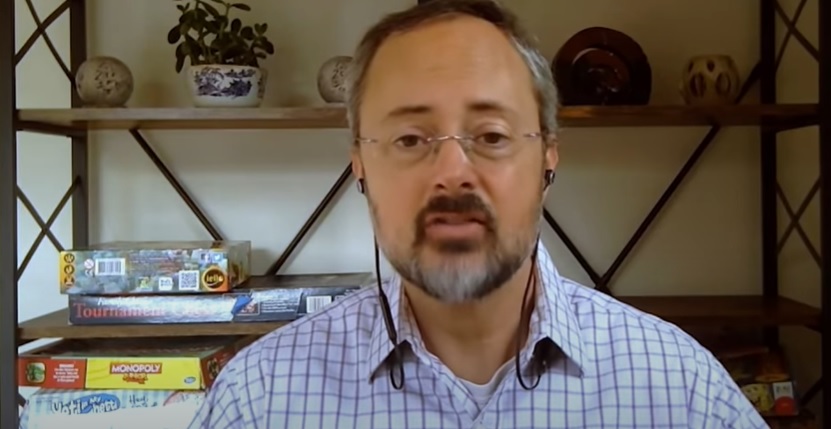 Here at the NPA, one of the most important missions is to educate people about what police do, so they can better assess officers involved in “controversial incidents.” But just as important are the others who write about police work but from a more academic perspective.

For example, Manhattan Institute scholar Heather MacDonald wrote a wonderful book “The War on Cops,” which we cite in The Obama Gang, written from a street cop’s perspective. Though MacDonald’s work is scholarly, it’s still approachable and clear for the average reader. While she doesn’t overwhelm with statistics, she provides a deluge of facts.

Another scholar, whose work assists law enforcement that I’ve just become aware of, is a researcher named Zac Kriegman. Until recently, he served at Thomson Reuters (yes, the parent company of that Reuters, “one of the biggest news organizations in the world”) as a director of data science. A corporation whose website landing page ironically boasts, “Building a more understanding, trusting world.”

Kriegman described his job as, “among other things, to sift through reams of numbers and figure out what they meant.”

His curious mind was struck by the phenomenon of black Americans murdered in large numbers in our nation “and the ways in which we report on that violence.” He noted the incessant talk “about race and police brutality….” He thought, “this is a story that could save lives.” It’s a story he just had to tell America.

Unfortunately, Reuters would not be the outlet from which he’d tell the story. Instead, the platform he published on was former New York Times opinion writer and editor Bari Weiss’ Substack, Common Sense.

The first thing Kriegman writes about is the changing culture at the company. He lists several posts focusing on white this and white that—referring to race. Pieces that included “‘the self-indulgent tears of white women’ and the danger of ‘White Privilege glasses.’”

And there were also other racist articles shared such as, “Seeing White,” “Habits of Whiteness” and “How to Be a Better White Person.”

Kriegman added, “There was fervent and vocal support for Black Lives Matter at every level of the company. No one challenged the racial essentialism or the groupthink.”

No one… until he came along and tried to do his job. Kriegman says for years he’d been following research about BLM’s “claim upon which the whole movement rested—that police more readily shoot black people….” His research concluded that “was false,” and that was apparently a problem for Thomson Reuters.

He says the data showed there is no doubt. In fact, he says, “if anything, police were slightly less likely to use lethal force against black suspects than white ones.” He provides examples of the research “here, here, here and here.”

Kriegman references the now notable study done by Harvard Professor Roland Fryer. Reportedly, Fryer conducted a study hoping to “prove the BLM narrative.” Fryer found what he said was the most surprising results of his career. In essence, he proved the BLM narrative was false. Since the study, Fryer left Harvard, but he did not leave unscathed. While no one knows for certain what occurred, “In 2018, Fryer was suspended from Harvard over dubious allegations of sexual harassment.”

He referred to another story where Reuters mentioned “a wave of killings of African-Americans by police using unjustified lethal force….” They did this despite zero statistical evidence of such a wave.

“To drive home my point,” Kriegman wrote, “I included this striking statistic: On an average year, 18 unarmed black people and 26 unarmed white people are shot by police. By contrast, roughly 10,000 black people are murdered annually by criminals in their own neighborhoods.”

Unsaid, but that needs to be said, “unarmed” does not mean “harmless.” Often the “unarmed” suspects who make it into these statistics were trying to run down cops with their cars or armed with a Taser or other non-firearm. And most were trying to kill the officers who shot them.

The decision to “post his summary to the HUB” which was critical of BLM and that blasted the false narrative that police are hunting and shooting minorities in the streets, was excruciating. He took a two-month leave of absence, tormented over making this decision.

Kriegman said he and his wife Cynthia worried about many real-life concerns—and they argued. They were worried about his job, about her job, and about being ostracized in their community. But Cynthia finally gave him the okay to publish. He said she knew “speaking freely and honestly about something I knew about, cared about and felt I had the responsibility to do something about,” was important.

First, they took his post down. Human Resources said anyone could flag a post for review and didn’t give him any reason. HR, after two weeks, said the post was being reviewed by “a team of… professionals….”

Finally, she said the post would not be reinstated because the “team” had determined it was “antagonistic” and “provocative.” Apparently, because it opposed BLM and supported law enforcement.

This was Kriegman’s valid research results, which included tons of proof delivered by an experienced and esteemed researcher Thomson Reuters had promoted to a supervisory position. That was until he found facts they didn’t like because they didn’t endorse the radical leftist, BLM, anti-police narrative.

Skipping ahead, “on June 8, 2021…” Thomson Reuters fired this researcher, whose work could benefit the nation’s cops, and, therefore, millions of Americans living in at-risk communities.

This year, Kriegman said he “filed a complaint with the Massachusetts Commission Against Discrimination stating that I was fired in retaliation for complaining about a racially hostile work environment.”

I’m originally from leftist Mass., so, sadly, I’ll advise Mr. Kriegman not to hold his breath.

However, I will give him the final word:

“However that shakes out will not change the fact that thousands of black Americans are dead, in part because too many people are still unaware of basic facts about policing since their trusted news sources meticulously obscure the truth. The job of journalists is to report the stories that don’t comport with the prevailing or popular narrative. We desperately need them to do that again.”

Edited 5/23/22 to clarify the distinction between parent company Thomson Reuters and subsidiary Reuters.