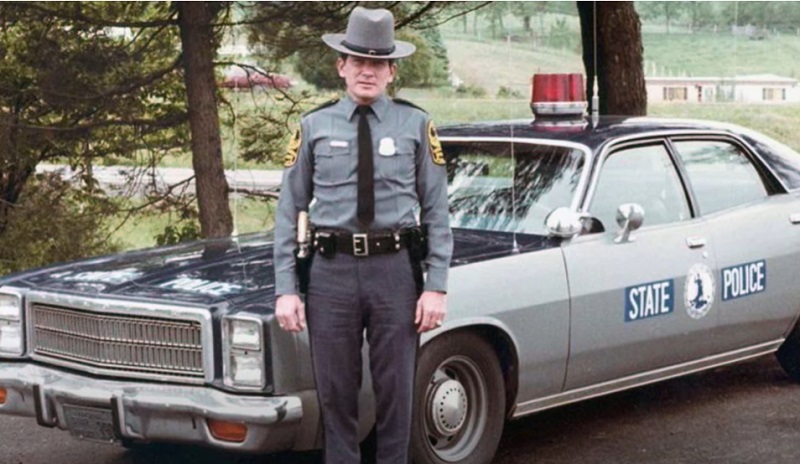 As a walking piece of police history, I remember the days when my duty belt consisted of my Colt .38, a pair of handcuffs, some tear gas, and a baton ring. How things have changed! I also added wrestlers’ knee pads for doing CPR while kneeling on broken glass, and an athletic cup for unfair street fights and more confidence when jumping fences.

My rural deputy friends look like a one-man band bristling with accessories on their tactical vest. One thing I learned about equipment is that if it is not accessible when you need it, it might as well not be there. That’s why I started carrying a flashlight even during the day (after searching for a fugitive on the day shift in dark basements and sheds) and started wearing my baton all the time instead of tucked beside the seat in the patrol car. It was way too far away from the upper floor of the bar where the fight was going on to run and retrieve!

But the deputy simply has too many tools to be relegated to a belt. I admit that as my career advanced, so did my waistline and my belt space, but today’s officers are ornamented like a Christmas tree. When I was a public relations officer, I often took audiences on a tour of my equipment belt. That could take much longer nowadays.

Let’s take a look. On the uniform epaulet may be attached a shoulder mic for the radio, a rank insignia, a second cell phone (using a personal cell for police business subjects it to seizure as evidence), and possibly placement of a body-worn camera. In addition to the shoulder mic, many officers have an earpiece fitted to one ear. The earpiece prevents citizens from being distracted by radio traffic, allows the officer to focus away from the noise that is often present at incident scenes, and keeps a suspect from knowing that the officer just got confirmation from dispatch that an arrest warrant exists.

Most body-worn cameras are located in the center of the chest. Some are even connected to the duty weapon holster so that they are activated automatically if the gun is drawn. Some Taser models have had built-in cameras during Taser use as well. The wiring for these devices is part of the tedious task of putting on the modern uniform layers of undergarment, ballistics vest, uniform shirt, and load-bearing vest.

For the outer vest – which may be of ballistic material (I use that term rather than bullet-proof vest because none of them really are bullet-proof) or just a vest with pockets – the deputy needs a place for their Taser or other electrical conductivity weapon (ECW), holders for multiple ammunition magazines for both handgun and patrol rifle, a trauma first aid kit for immediate attention to gunshot or other major bleeding wounds, an extra ECW cartridge or two, perhaps the radio, multiple sets of protective gloves, a second set of handcuffs as well as flexible handcuffs, collapsible baton, mini-flashlight, pepper spray, and maybe even a canteen and an energy snack.

The equipment belt is still built for utility and may hold the duty firearm and other items. The multi-pocketed pants that officers wear can hold anything from their reflective vest for accident scenes to extra radio batteries. A multi-use tool with a knife blade that includes a seat-belt cutter and window break tool, along with the Swiss Army knife-type collection of little helpers comes in handy. Many officers also carry a backup weapon somewhere on their person in case their primary weapon malfunctions or is taken from them. They also need room for additional writing instruments, a notebook, a dental mirror for checking around corners, and other items of personal preference.

Deputies and troopers may be far from assistance and drawn into rescues and pursuits that take them far from the supplies that are in their patrol vehicles. Many will look at the combat-ready police officer and assume that the tactical vest is a product of ego or paranoia, missing the reality that this well-equipped officer is ready for any emergency they are likely to face and often to face alone.