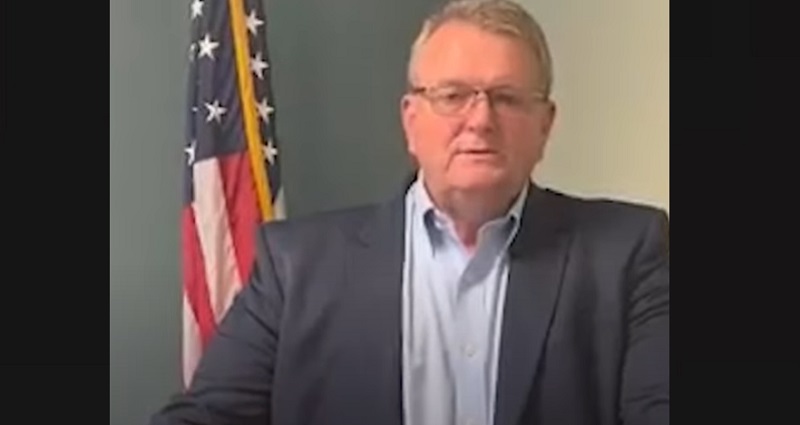 Madison County (NC) Sheriff Buddy Harwood has been criticized for making what many see is a difficult, responsible, and rational decision. He’s equipping his county’s public schools with AR-15 rifles in response to the horrendous school shooting in Uvalde, Texas.

CBS News reported, “When the school year begins in Madison County, North Carolina, on August 22, it will come with what the county sheriff says will have enhanced safety features—AR-15 rifles.”

Sheriff Harwood said, “I just want to make sure my deputies are prepared in the event that happens.”

Harwood explained the rifles would be stored in a gun safe, accessible to specially trained police officers, serving as school resource officers. Despite critics’ accusations of “militarizing” schools, the effort is a part of a comprehensive program to upgrade the school district’s “safety and security plan.”

The plan also includes adding social workers, school counselors, and a “panic button system,” which will be monitored at the communications center.

Even though officers’ access to AR-15s is a sensible response to the unlikely possibility of an armed homicidal lunatic attacking “soft target” schools, the sheriff wishes it weren’t necessary. But his response makes schools in his county harder targets for these criminals who tend to target “gun-free zones.”

Here’s a manifesto excerpt, provided by Spectator.org, from a murderer who shot and killed 22 people at a Walmart in El Paso, Texas:

“Remember: it is not cowardly to pick low hanging fruit. AKA (sic) Don’t attack heavily guarded areas to fulfll (sic) your super soldier COD [Call of Duty first person shooter video game] fantasy. Attack low security targets. Even though you might out gun a security guard or police man, they likely beat you in armor, training and numbers. Do not throw away your life on an unnecessarily dangerous target. If a target seems too hot, live to fight another day.”

The Spectator also reported, “According to the Crime Prevention Research Center [Dr. John Lott], between 1950 and 2018 97.8 percent of all mass public shootings occurred in gun-free zones. Similarly, in the 20 states that allow teachers to be armed, there have been no school shootings (as well as no accidents or injuries caused by firearms possessed by teachers).”

Still, as recently written at the Tatum Report, “Sheriff Harwood shares the feelings of people who are uncomfortable with guns in schools even to defend against a mass shooting. He ‘hates that the nation is in a place where AR-15s need to be kept in his schools, but that he thinks it’s necessary to help keep children safe. We can… say it won’t happen in Madison County, but we never know.’”

Too many people feel that pretending “gun-free zone” signs, “high capacity” magazine bans, and that the government could ever eliminate guns from society is the answer to a crazed person attacking children at school.

One of the reasons critics don’t see good guys with guns as an answer to bad guys with guns is because of their irrational fear of guns. They’ve imbued the gun with a power it doesn’t have. Guns don’t turn law-abiding people into mass killers, and they certainly are not capable of shooting without the help of a human trigger finger.

People don’t look at other helpful tools, which also can be dangerous, with the same disdain. As we’ve seen in the news, automobiles have been used to commit horrific mass injuries and killings, but people don’t call for banning cars or attempt to convince people they are “weapons of war.”

Here’s something to consider: You can’t demonize guns without demonizing the good people who use them. This includes law-abiding gun owners, the military, and the cops. As with automobiles, kids should learn about the dangers and benefits of firearms.

But they refuse to teach children what they should do if they find a gun on a playground (saw it happen when I was an active cop) or are visiting a friend who takes out a gun.

Back in the 90s, I saw the NRA provided my agency with Eddie Eagle gun safety materials for distribution to the city’s schoolchildren. A city where, in some neighborhoods, kids coming into contact with firearms was likely. Instead of distributing these life-saving materials, the boxes containing the booklets suddenly disappeared. Into the landfill, I imagine.

No one wants bad outcomes involving any of the above examples to happen to kids. Yet, some people are so irrational about guns, they know so little about, that they refuse to provide children with the information they need to help keep them safe. As with school shootings, pretending your child will never come across a gun does not make it so.

So, even if you won’t consent to schools teaching your kids gun safety, at least, don’t allow your irrational fear of guns to prevent law enforcement agencies from having access to AR-15s to protect your children in the event of an extremely rare school shooting. Remember, wishing for the impossible (removing guns from criminals’ hands) is not a valid safety and security plan.