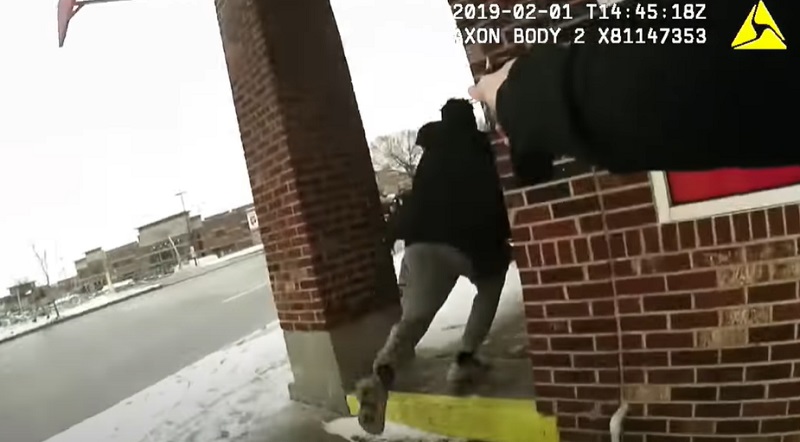 There is a biblical proverb among the words chiseled in the National Law Enforcement Memorial in Washington, D.C.: “The wicked flee when no one pursues, but the righteous are bold as a lion.”

One might not expect a Bible verse to be the rationale for a proven law enforcement strategy, but there it is. Criminal actors may seem bold, but they inevitably act when they think they will not be identified or be held accountable. A recent daytime jewelry store theft saw $5 million worth of jewelry snatched from a window display by five masked robbers with hammers before anyone had a chance to pursue them. Brazen, yes, but brave, no. Criminals are cowards who do not want to get caught. They are jittery and paranoid. Many are under the influence of alcohol or other drugs to numb their nerves and whatever conscience they may have.

So, what is the greatest crime prevention strategy? Eyes. Witnesses. Guardians. Police officers on the beat can be the most effective eyes of all. Polls show that an increasing number of citizens oppose defunding police agencies and favor the increased presence of police in their own neighborhoods.

The city is using targeted enforcement efforts (read that to mean more cops) in areas with especially pervasive and violent crime. Yes, it appears that despite the anti-police rhetoric of the past few years, one big answer to crime might – just maybe – be more police officers present to prevent crime. There’s nothing more discouraging to the cowardly criminal than badges nearby. Foot patrol and bicycle patrol, where feasible, keep officers in a smaller area that keeps criminals guessing. Officers in patrol cars can be preventive, but most crooks know that once one car goes by, another may be hours from patrolling that block again.

It may have taken two deadly shootings and a collection of violent crimes to get the Mayor’s attention to an area known locally as The Blade along Third street between Pike and Pine streets. Open-air drug sales and vendors with suspected stolen goods were active in the Little Saigon International District. Patrons and business owners are relieved by the presence of both uniformed officers and undercover operatives. Groups of people openly using fentanyl on the street corners leaving tin foil from their paraphernalia are gone now.

Business owners and residents, often from at-risk communities of color, are happy to see the officers present and the results of crime falling dramatically where these efforts are being made. Otherwise, businesses are increasingly relying on contract private security services to fill the gap and provide more eyes scanning for criminal actors. While residents applaud Seattle’s efforts, some say it comes too little too late as some business has collapsed under the weight of robberies, burglaries, property damage, and intimidation of customers. Others wonder how long the concentrated effort can be sustained by the police department and whether the effort will bring long-lasting results. But for now, the badges are a welcome sight.

New York City police are returning to paying attention to so-called “quality of life” crimes. That strategy was widely credited with reducing the city’s crime tolls under Mayor Giuliani and police leaders Bernard Kerik and William Bratton. Paying attention to littering, alcohol use in public, and other misdemeanor offenses create more citizen-police contacts. Whether enforcement actions take place or not, the interactions can result in gaining valuable community information, arrests on warrants, and the criminals’ sense of being under observation.

To keep the wicked fleeing, police need to be supported in their efforts at being present where needed. That means not only the appropriate staffing and funding levels but both public and prosecutorial support for the contacts and arrests that result.