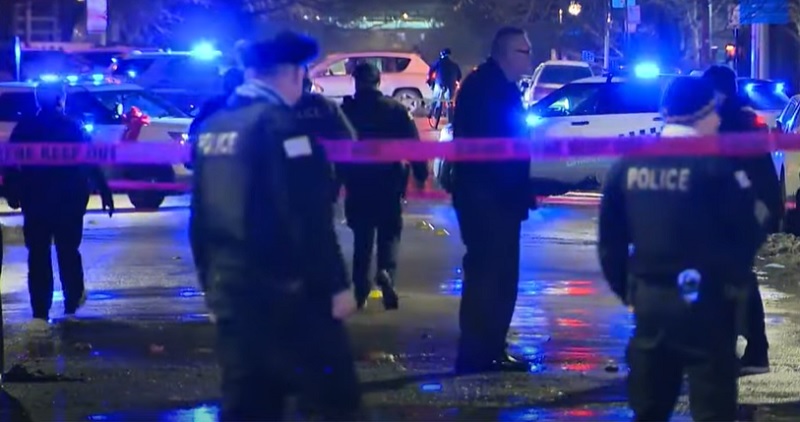 Lowering hiring standards for law enforcement officers is not new. But it’s happening again in many places, including Chicago. In the past, people criticized, for example, lowering fitness standards because they saw it as a way to hire more women. Now, they’re lowering standards to replace all the officers they’ve been chasing out of their police departments.

In police work, meeting minimum fitness standards can become very important very quickly. Still, overall, recruiting standards are about a balance of various qualities. But just the official lowering of any standard decreases the broader expectations of what makes a good police recruit. Lowering recruiting standards is not just for physical standards. Many agencies are now lowering college credit requirements.

This lowering of standards also ties into these leftist city leaders’ efforts to recruit “woke” police candidates (that reflect the “diversity” of their communities). Fortunately, it’s still primarily traditional and conservative Americans who are drawn to law enforcement. And those who weren’t when they started, tend to become more so as they learn about coppin’ in the real world.

We know leftists are prone to overstatement. So, it’s odd that, as Newsweek recently wrote, “Chicago is the latest city to lower its standards for police hiring in a trend that some have dubbed ‘worrisome.’”

Worrisome? That’s all? Seems like a genuine crisis to me.

Leftist leaders will now settle for less qualified officers when they say their nationwide protests (riots) in 2020 were about getting more qualified officers? Why won’t they ask the cops what makes a good cop?

Just like other professions, it takes one to know one. Good nurses know what makes a good nurse. Good teachers know what it takes to be a good teacher. Good chefs and cooks know… you get the point.

But for some reason, people refuse to believe cops know what it takes to be a good cop. And, just because you don’t like how an officer does police work, doesn’t make it wrong. It just means you don’t like it. Not to be insensitive, but… so what? I don’t like lots of things.

Most people who don’t like the way officers do their jobs, don’t know police work. But, even worse, they think they do. They even think they could do the job better. But do they take on the badge and gun and go out to deal with the slimy side of society? Nope. They’d rather disparage those who do.

Why didn’t normal leftists realize the damage the anti-police radicals were doing to police retention and hiring? Instead, they became anti-cop activists because it suited them politically.

The ends justify the means. Don’t you dare suggest any negative consequences from radical leftist anti-police actions. If you do, you’re—what else? —racist.

The Chicago Police Department (CPD) recently lowered its hiring standards to attract recruits to their depleted ranks. From what I can see, some changes may be okay or neutral, but others are more worrisome.

For example, the city will wave college credit standards for recruits with two years of military or law enforcement experience. This makes sense. Police are paramilitary and even only two years of police work seems a sensible exchange for college credits.

However, though I’ve met and worked with some great people in the other professions listed, it smacks of a social justice list created to balance the exceptions for military and prior police service. Individually, some people in these categories may make great cops. But, as general categories, maybe not so much.

CPD Superintendent David Brown suggested the changes “are meant to help the department make up staffing shortfalls in light of COVID-19 and other national conversations driving people away from the policing profession.”

“Shortfalls” from COVID-19 are mostly a result of governments firing employees for not submitting to policies that, increasingly, may be based more in politics than science. The reader can decide.

I know people whom my city forced out of the police department because of politicians’ mandates. As I alluded to up top, these anti-cop leftists caused their own police staffing crises. As for Brown mentioning, “national conversations driving people away from the policing profession,” that’s sugarcoating raised to an art form.

Since when are anti-police riots and defunding efforts a “national conversation?” I don’t remember being allowed to reply. It’s about politicians who care more about their wokeness quotients, ESG scores, and radical ideologies than public safety that drove “people away from the policing profession.” Jay Inslee, Gretchen Whitmer, Andrew Cuomo, Lori Lightfoot, Ted Wheeler, Jenny “Summer of Love” Durkan, Jacob Frey, etc. are a few of the culprits.

Strangely, people who are responsible for this devastation of law enforcement now act as if staffing shortages are a surprise. Take recent comments from two leftist anti-police luminaries, ironically, one a former cop.

Newsweek noted, “On Friday, Chicago Mayor Lori Lightfoot met with New York City Mayor Eric Adams to discuss strategies in addressing each city’s crime issues.” If only allowing cops to do their jobs was one of those strategies.

I don’t know about you but hearing from her I already feel better. About holding violent, “dangerous people accountable….” Lightfoot said, “on that, we both agree.” They don’t do it, but they agree about it. And then she waxed incoherent, saying, “But we also, as the mayor said, and I think very eloquently, stopping this river of violence.” What the….?

While police staffing shortages are normally nothing to laugh at, sometimes we have to pause and chuckle in a given ridiculous moment like the one above. Especially when we recognize the knuckleheadedness of what people with whacko ideologies, conducting social experiments on cops, are doing to the honorable profession of law enforcement.

And, if for nothing else, stopping to laugh at such stupid moments allows sane people to preserve their sanity while finding humor in the anti-police left’s insanity.