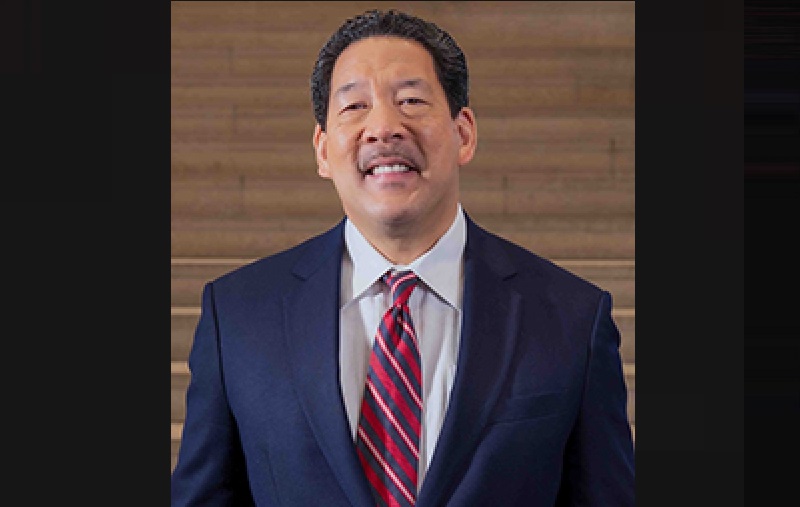 Once again, Seattle serves as well as any leftist-run city in America as an example of how many city governments are just not getting the message from Americans about what they want from their police departments. People want cops to protect and serve—and to enforce the laws—equally.

Bruce Harrell, Seattle’s new mayor, whom voters apparently hoped might be the lesser of the other anti-law-and-order evils, has been in office for over 140 days. That’s more than four and a half months after promising during his campaign and after winning, he’d address crime and police staffing.

On February 4, 2022, at press conference and on his city website, Mayor Harrell declared: “We Will Not Tolerate Crime in Seattle.”

Yet, the city continues to tolerate crime. This isn’t difficult unless you want it to be. Every cop knows how to fix the problem: enforce the laws—equally. You only have to look at how law enforcement is done in red jurisdictions compared with blue.

The difference is stunningly clear. So, here’s an idea: Hey, blue jurisdictions. Just look at what red jurisdictions are doing, and do that.

They defame cops and treat the law as their own personal whim machine. They only prosecute certain people for certain crimes, according to race, ethnicity, socioeconomic status—and whatever else they decide to consider—on a whim.

On a side note, I recently spoke with a city employee who told me what a refreshing change it is to have Ann Davison as the new city attorney. Why? Well, for one thing, she respects cops and wants to prosecute criminals. And she also respects the law and wants to enforce it.

Believe it or not, as covered in these pages, because of a Faustian deal made with the previous city attorney, Davison actually had to request permission from the city’s judges to prosecute repeat offenders.

The employee said how nice it was to have a city attorney actually visit the various precincts and talk to the cops. Davison takes the time to get to know the officers, asking them about their lives before they became cops.

Incidentally, it would surprise people how diverse cops’ previous histories are. I know cops who’d been lawyers, fighter pilots, chefs, pro athletes, and one had even been a Catholic priest.

Anyway, Seattle voters electing Ann Davison, a Republican, is much more than anyone in city government has done to improve police hiring and retention. And, while the crisis is nowhere close to being solved, and while it’s not guaranteed to attract or retain officers (although it may), at least, the reason cops leave won’t be because of a non-prosecuting city prosecutor.

According to a recent article in the Seattle Times, “In the first quarter of this year, the department had hoped to hire 40 new officers. Instead, it brought on only 13. At the same time, while SPD expected 24 officers to leave, 43 tendered their resignations.

“To cope with 322 fewer inservice [sic] officers since January 2020, SPD must add overtime-funded officers 90% of the time to meet its established minimum staffing standards” (take those numbers with a grain of salt. It’s likely much worse).

They also mention how the crisis has driven the department’s response times to unacceptable levels. And “SPD no longer responds to Priority 3 and Priority 4 calls for nuisances and minor incidents.” Even though taxpayers are still paying for this service.

One major problem with not responding to minor incidents is that minor incidents can become major incidents if people know the cops aren’t coming. Also, non-responses reduce the people’s trust in the police the left is always saying is one of their priorities.

The Times also mentions the ongoing City Council discussions about creating a monetary incentive for recruiting new officers. And they remind readers that “Both [Teresa] Mosqueda and [Lisa] Herbold supported defunding the police by 50% two years ago.”

The disrespect for public safety by these and other so-called city leaders is disgraceful. The Times also reported that in a recent report on SPD staffing, between last October and this January, “hiring did not increase….” They note the “situation was confusing because the benefits [incentives] were implemented and then removed.”

“No wonder there wasn’t a flood of interest [in becoming an SPD officer],” the Times story reported.

Sue Rahr, a former King County Sheriff, who’d risen through the ranks, and recently retired head of Washington State’s law enforcement academy, had some blunt words for Seattle’s city leaders. She believes incentives are important for competing with other departments, but how the city treats its officers is crucial.

Rahr said, “People are bailing out of Seattle because they feel like they’re just not supported. The country is critical of police, but many members of the Seattle City Council have been particularly vicious. Seattle Police is at a real disadvantage when it comes to recruiting because of that.”

Surprisingly, The Seattle Times, which has shown little friendship toward Seattle’s cops over the past several decades, says Mayor Harrell’s “strategy should include financial bonuses along with other incentives. It is past time to make clear that Seattle wants a department that is staffed to do the job compassionately, effectively and safely.”

This is a positive sentiment. So, credit where it’s due. However, adding “compassionately” is a leftist “trigger” word that could be interpreted as insinuating cops are not currently compassionate. Again, it depends on who’s defining the word, compassion.

Still, perhaps compassionate could be an appropriate word, after all. But only if city leaders show compassion for their police officers, at least as much as they show for criminals.