Skip to content
Politicians Can Make Laws and, in Philadelphia, Can Ignore Them 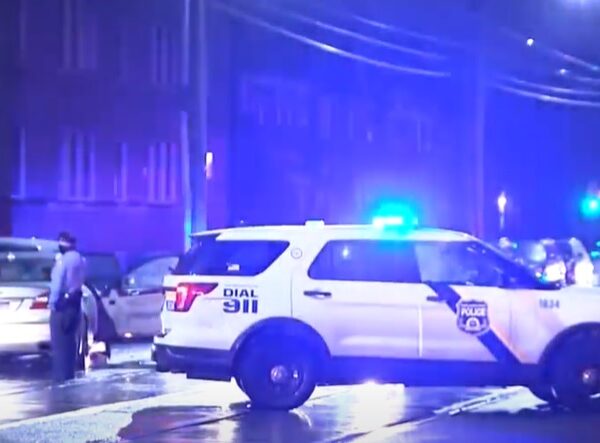 There are software programs that can count how many times a writer uses certain words or phrases. Having a writing style is one thing, but boring repetition can signal that the writer is getting stale. So this writer is going to apologize in advance for using the phrase “knee-jerk” so often. Like Philadelphia’s knee-jerk decision to make cops stop enforcing traffic laws.

The phrase comes from that exam with the miniature triangle-headed hammer that doctors use to smack you just below the kneecap to see if everything seems to be connected correctly. The fascinating thing about this reflex test is that the result comes without consciously thinking. The doc hits the spot, the leg kicks out. Of course, the brain is involved, but seemingly only as a spectator. It’s a “no brainer” we might say. And that’s why I refer to so many political decisions as “knee-jerk” – very little brain involvement.

Deep conversations about liberty, regulation of public behavior, and the role of armed government agents should be happening all the time in our society. But no, we short circuit those crucial conversations with quick finger-pointing, emotional decision making, and knee-jerk laws and policies.

What is the point of traffic law in the first place? It’s all about statistics. What is the ratio of damage, death, and injury will we accept to the economic benefit of motor vehicles? When heavy machinery is traveling at speed, the laws of physics rule. If we put limits on how fast vehicles can go, we mathematically reduce the damage when a collision with an object, person, or other vehicle occurs. Law governing speeds are passed. We note that the laws of physics assure us that no collision will occur between two items traveling at the exact same speed in the exact same direction. Collisions only occur when vehicles are at different speeds or traveling in different directions. So we need a rule that says when some vehicles need to yield to others.

Statistics also show that nighttime is hazardous to motorists’ health. While there is 60% less traffic at night, 40% of fatalities happen at night. So, we passed laws that require lights and even added what color they must be in order to help others know whether we’re coming, going, or slowing.

Those traffic laws were never attached to a heavy penalty other than laws against impaired driving. It was always about education as much as enforcement. But they are laws, nevertheless. As someone who has visited a third-world country without effective traffic laws and enforcement, this writer can testify to the scariness of never knowing if other cars have brakes or if the single dim light careering around the mountain was a scooter or a bus.

If we establish the necessity and, in fact, life-saving value of traffic regulation, we must then ponder what liberties we motorists must yield in return. Supreme Court Justice Louis Brandeis is perhaps best known for saying, “The right most valued by all civilized men is the right to be left alone.” The Supreme Court has also held that the expectation of privacy in a vehicle is lower than elsewhere. The Court has also held that a traffic violation, including equipment deficiencies, is a legitimate reason for a traffic stop.

One of the balancing factors between being left alone and being pulled over for a traffic violation is that a professional police officer is the one empowered to make that decision. That doesn’t mean that that is the only model for traffic safety, but with the high accountability of police officers in terms of judicial review, body-worn cameras, and requirements for recording racial information to monitor for disproportionate bias, law enforcement officers have been the best resource for traffic safety. Not to mention that criminals drive cars with weapons and contraband, drivers operate without financial protection for other motorists, some drive while intoxicated, and others flee crimes and hold children captive.

Proposals like Philadelphia’s order for police to stop enforcing traffic laws (sure, it’s the law, but we’re not going to enforce it) and instituting an unarmed traffic enforcement unit that is wholly unaccountable to law enforcement or courts, reporting instead to the  Office of Transportation, Infrastructure and Sustainability are a threat to public safety.

It pays to remember a very Marx Brothers or Three Stooges type comedic skit where the doc gets no immediate reaction to the reflex test, then turns away from the patient as a delayed response results in a kick in the rear to the surprised doctor. The lesson is to beware of the knee jerk because it can kick your butt. Bend over, Philly.