Skip to content
Police ice cream trucks are nice. Where are the police reforms to improve actual crime fighting? 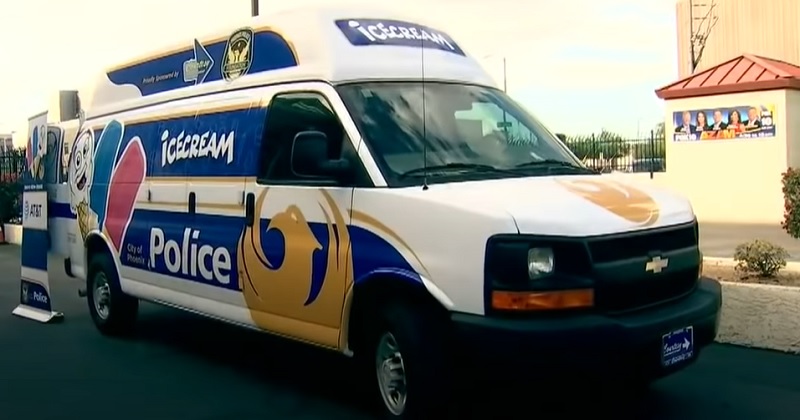 During the Clinton White House years, the concept of Community Policing (CP) was embedded within the U.S. Department of Justice as the Office of Community Oriented Policing Services. Inevitably and irresistibly reduced to the acronym COPS, the office and the concept were the culmination of presidential candidate Bill Clinton’s platform during his run that led to his 1992 election as President.

The now maligned reforms that Biden championed as the author of a comprehensive 1994 Violent Crime Control and Law Enforcement Act while head of the Senate Judiciary Committee were a direct response to the fear of crime evident in the 1980s.

The campaign for President between incumbent George Bush and Arkansas Governor Bill Clinton was centered around the economy and foreign policy, but a significant issue was violent crime to which Bush gave little attention and Clinton had a developed platform. Inner-city crime was spilling into the suburbs with carjackings of soccer moms in their SUVs blamed on gang violence fueled by the crack cocaine epidemic. Fear of crime was more intense than the actual crime rate, which had already begun to fall before the 1994 crime bill. Crime indeed reached new statistical lows after the legislation.

Focal points of the Biden bill were funding for new prisons, sentence reform, establishment of the Police Corps (a short lived indoctrination program), promoting community policing, and increasing the number of police by 100,000. The tenants of CP were active partnerships between the police and the community they served, and a focus on solving problems preemptively rather than making arrests a priority.

If millions were poured into law enforcement to produce a community policing philosophy that was intended to connect police more closely to the public, where are the fruits of this push? We should have all been holding hands and singing around the campfire by now instead of seeing hundreds of riots across the land about police practices, unprecedented prosecution and persecution of police officers, and (rapidly fading) calls to reduce police budgets?

President Biden is once again going to the Community Policing well in his policy approaches. In a proclamation last year for a completely otherwise uncelebrated “National Community Policing Week” Biden stated “Community policing — the practice of law enforcement professionals working side-by-side with members of their communities to keep neighborhoods safe — is a critical and proven tool used by law enforcement agencies across our Nation to improve public safety and forge strong, valuable relationships.  During National Community Policing Week, we recommit to building bonds of trust between our law enforcement officers and the communities they serve and encourage community policing practices across our Nation.”

In claiming that this style or philosophy of policing works, the President is offering funds from the American Rescue Act for activities that reduce crime (caused, of course, by COVID and guns) and restore trust between the police and the public. No rational argument could prevail against the idea that increased trust and partnerships for crime prevention should be encouraged. The problem is that CP has never been well-defined or practiced in a uniform manner. There is no template for it and few accurate measures. It sounds like a great idea – if we can only figure out what it really is. Midnight basketball? Ice cream trucks operated by the police? Neighborhood mini-stations in convenience stores and malls? Foot patrol? Civilian advisory panels? Graffiti cleanup? Changing uniforms and logos? Spending more time on calls to talk to victims? All of these have been tried under the label of community policing. Many practices that were already in place got re-labeled as CP in order to get grant funding.

CP requires line officers to have discretion in responding to calls for service, which is not in line with the top-down decision-making and strict policies of today’s law enforcement. CP also requires teamwork in a law enforcement culture that is based on lone officers dealing with issues most of the time. CP requires close relationships where close relationships can be a doorway to favoritism and corruption. These are not arguments against community policing, but some realities that are often overlooked as challenges to CP as a universal remedy for anti-police sentiment.

Perhaps the President should limit the federal government’s role in molding local law enforcement into a one-size-fits-all centralized, rather than micromanage with purse strings. If the public wants federal subsidy of their law enforcement efforts, one might suggest that the one thing we know builds trust and confidence in law enforcement is quality, effective police work that prevents crime and catches criminals. Where is the money for that?