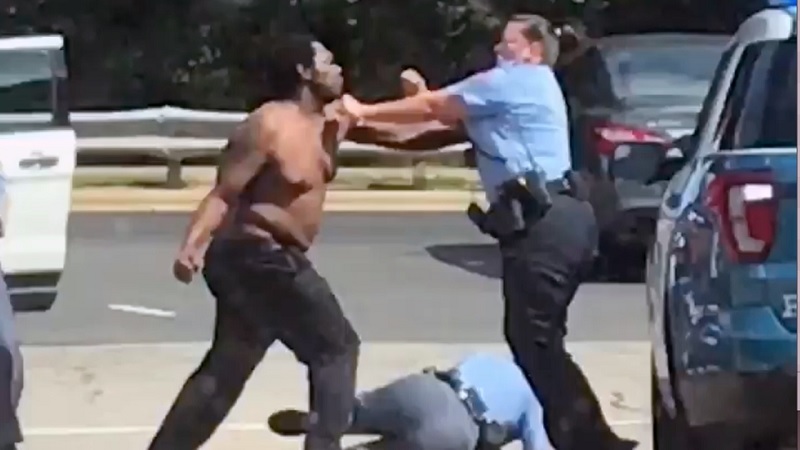 After the arrest of Rodney King by the LAPD in 1991, many states enacted laws requiring police officers to report their colleagues if they feel that unnecessary force was used. Some states have gone beyond that requirement and are now requiring physical intervention. I understand, but let’s think about the reality of violent street encounters with violent offenders.

My first point may not be well received because the King arrest is a no-brainer of brutality in the minds of most people who were around when the video hit the news, and the conclusion has become embedded as historical fact. We hardly ever see the word arrest in connection with the King incident, only the word beating. The Wikipedia page begins “Rodney Glen King (April 2, 1965 – June 17, 2012) was an African-American man who was a victim of police brutality”. No headline is without the word, often accompanied by the word “brutally”.

It is important to note that a major significance of the King arrest was that it was videotaped and broadcast in edited form on the local and subsequently national news. The average citizen, unaccustomed to seeing interactions involving real-life violence, responded viscerally against the officers.

It is rarely noted that two passengers were with King in his vehicle when it was finally stopped after an eight-mile pursuit. Both passengers got out of the car as lawfully ordered by LAPD officers. Their compliance was met with no further coercion by the officers at the scene. King, on parole for robbery, was intoxicated. He did exit his car but refused commands to lay on the ground, choosing to rest on his hands and knees instead.

Officers testified that King continued to refuse to follow the officers’ lawful orders. Uncontroverted testimony showed that the officers thought King’s behavior was consistent with being under the influence of PCP, a hallucinogen common in the Los Angeles area at the time. PCP allows superhuman strength, not only from its influence on users to feel invulnerable, with a sense of impending doom, paranoia, and violent hostility. While later examination found no evidence of PCP use in King, the officers were reasonable in their caution given the experiences of other officers dealing with violent persons under its influence.

An electronic control weapon (i.e. TASER) was attempted on King twice, but he fought it off and continued refusing to lay prone and charged one of the officers. TASERS were at a different stage of development then, and only assigned to Sergeants, thus the deployment attempts were by Sgt. Koon. The officers had already attempted a swarm technique, which deploys several officers on cue to coordinate the takedown. But again, King fought the officers off and the swarm was ineffective. Per LAPD’s use of force policy at the time, the next step was to use the baton before elevating to deadly force.

King was struck 31 times out of 56 baton swings. The bystander video showed that officers followed policy and attempted to determine after each strike if the subject was still resisting. During the initial trial against the officers, the video was used to point out that after every blow, King was shown attempting to get up – presumably to posture to flee or attack the officers again.

This sequence of events led to a not guilty verdict for all of the officers in a state trial. Not satisfied by that proceeding, federal prosecutors filed charges in federal court against Sgt. Koon and Officer Powell for violating King’s civil right to be seized reasonably. The outcome of that trial was that the judge found that one or possibly two of the baton blows were not necessary to subdue King. Those were Powell’s blows and, for his guilt, Koon should have stopped those. Given today’s increased knowledge of neuroscience and reaction time, I am confident that testimony about the ability to stop an action in progress would have been introduced and possibly prevailed in that case.

I have replayed to facts of this case to outline a potential danger of laws that demand physical intervention of one officer to another making an arrest. What would have been the outcome of King’s ability to rise up and attack the officers successfully? Deadly force would have been legally and procedurally authorized.  If one of the several officers at the scene had stepped in to prevent the use of the TASER or the swarm technique or the baton blows, would King have been shot or officers seriously injured?

An officer dealing directly with a suspect is the only one who truly knows what force is being used to unlawfully resist an arrest and assault the arresting officer. I’m reminded of a case where an officer slammed a handcuffed arrestee against the hood of his patrol car and was accused of brutality. Fortunately, there was a video of that arrest, and the officer could point to the fact that the arrestee, with his hands handcuffed behind his back, was viciously squeezing the officer’s testicles. The officer’s actions were necessary to get the suspect to release his debilitating grip.

The recent video of a young officer grabbing her supervisor by the belt to pull him away from dealing with an arrestee has yet to be fully investigated so I will render no opinion on the appropriate outcome. I will say that if I’m in a confrontation up close and personal with a person who is actively trying to harm me, destroy evidence, or access a weapon, I am the one and only person who knows what is appropriate force in that moment. Let’s not put our officers in more danger than they already are by making adversaries out of our colleagues.