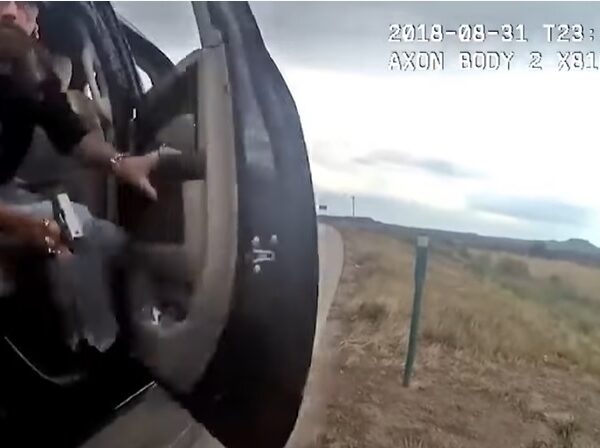 Those critics of law enforcement’s use of force like to make claims about how gun happy cops are. Here are some of their claims that are patently false:

All you have to do is say that you feared for your life to justify shooting someone. There are two legal barriers to this claim. The first is that mere fear is no justification. The level of fear must be reasonable as judged by the reasonable person standard. That means that the courts must determine that a reasonable person under the same circumstances with the same amount of knowledge of the officer would fear for their life. The second barrier, implied in the first, is that a threat must be imminent. A person with a baseball bat threatening the officer from across the street is not an immediate threat. A person with a baseball bat within 30 feet and charging the officer for an apparent attack is imminent. A person with a pistol (or what looks like a pistol!) across the street does pose an imminent threat.

Cops use excessive force for minor violations. Imagine this hypothetical: a park police officer contacts a citizen for dropping their fast food bag on the ground. The citizen begins to walk away and the officer approaches to complete the contact and possible enforcement action. The citizen pulls away from the officer and picks up a tree limb and threatens the officer. The officer displays her baton, the offender pulls a knife and charges the officer. The officer shoots the offender. The next day’s headlines scream LITTERBUG SLAIN BY POLICE. That’s how the narrative often goes, from George Floyd’s arrest for counterfeit money to Eric Garner’s arrest for selling untaxed cigarettes.

Videos prove that officers are using excessive force. Outside of a jury and investigators, the public never sees the context of an officer involved shooting that was caught on video, either from the officer’s body worn camera, a bystander with a cell phone, or surveillance cameras that happened to capture the event. We don’t see and sense all of the information the officer had when they decided that deadly force was necessary. We don’t hear the information given to dispatch. We don’t know the history of police interaction with the person. We don’t see the bystanders who were either at risk or part of the threat. We hear the commentary of the reporters (never any bias there, right?) or the citizens who edited and narrated the portion of the video that is intended to fault and second guess the officers involved. A video can never tell the whole story and sometimes tells the wrong story.

Cops shoot first and ask questions later. Research shows that police officers are confronted with deadly force situations much more frequently than the public knows. If officers exercised their right to use lawful deadly force in every justifiable circumstance, the number of suspect killings would be in the multiple thousands yearly. Officers don’t want to use lethal force and will put themselves at risk to make that option a last resort. When time allows, armed suspects are given multiple instructions to comply and submit to a lawful arrest but continue to resist and engage in threatening behavior. Many situations are resolved by less lethal weapons or negotiation when time and circumstances allow.

Police officers kill black suspects more quickly and more frequently than white suspects. Deadly force decisions are based on suspect behavior, without regard to race. Of the 1,021 persons killed by police in 2020, 241 individuals were identified as black.

Cops only kill in self-defense. Police use deadly force to protect others from danger. But police officers are acting in the interest of others even in those cases where only they are confronted by a lethal adversary. Aside from the philosophical sense that the killing of a police officer is an affront to every law-abiding citizen whom the officer represents, an officer protecting themselves is always protecting others. An officer who saves themselves from serious injury or death avoids taxing other rescuers as a victim needing resources. They also are able to keep their weapons and vehicles safe from the violent offender who might otherwise seize those weapons to use against others. The officer who is able to stay alert and alive prevents the offender from victimizing others. Self-preservation for the police officer is a moral imperative that impacts the public.

There are thousands of police killings every year. There were 1021 persons killed by police in 2020. Based on the millions of police contacts with civilians every year from over 750,000 police officers making over 7.6 million arrests, the number is remarkably small. The claim that there is some hidden number of officer involved killings that go unreported is an unreasonable claim that deadly force can be somehow hidden from the public.

Police officers do not want to kill. The reluctance to use force is well documented. Officers know that a deadly force event, regardless of its actual righteousness, can be a career ending event with psychological and financial hardships for life. Critics should at least know the real data before condemning the profession.