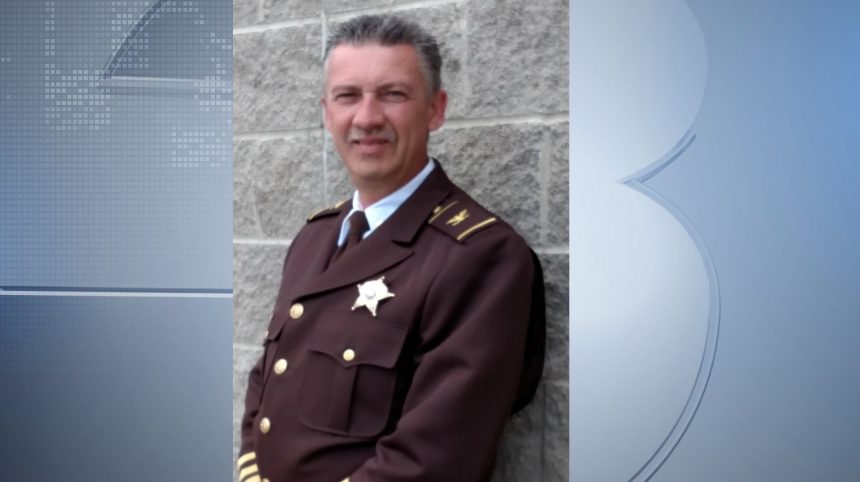 The NPA recently covered a story about Illinois’ new “Safe-T Act,” a supposed police “reform,” which is nothing but another pile of anti-police garbage. In her Epoch Times article, reporter Cara Ding expands on a previous article she’d written about the Illinois legislation but focusing on one sheriff and his reasons for leaving office and retiring from law enforcement before his term expires.

Sheriff Scott Harvel is the top cop in rural Union County, in southern Illinois, and he’s had enough. Sheriff Harvel oversees an understaffed department of 10 deputies, which his department is struggling to retain. This makes keeping residents safe a challenge with resources stretched so thin amid a startling rise in methamphetamine drug and mental health-related crime in the county.

The sheriff said, “It’s a difficult job to police rural areas, but instead of offering more support and resources, Illinois lawmakers continue to approve laws that make that job even more difficult.”

Sheriff Harvel says after 34 years in law enforcement, he doesn’t believe he can do the job the way it needs to be done to be effective. New state “reform” laws are making it so cops can’t do their jobs. He joins other sheriffs in the state leaving office for the same reason—anti-cop activist politicians.

Ding says, “11 sheriffs have decided to quit… following the legislation.” The new laws cops see as “sweeping” are devastating the police profession. Changes that will take effect over the next two years will add LED lights to the cops’ already brightly painted targets on their chests.

These changes include adding investigating “anonymous complaints” against officers. Again, always ahead of the anti-cop laws and policies, I felt a significant de-policing in my department, years ago, when OPA/IIS (Office of Professional Accountability/Internal Investigative Section) allowed not only anonymous complaints but also anonymous third-party complaints.

“Hello, City Cop-Haters’ Office, this is Karen, speaking. How can I help you?”

“Hi. I’m not telling you who I am, but I’d like to file a report. My cousin’s best friend told me he heard from his girlfriend that Officer Buford T. Justice said a bad word within hearing distance of his bartender’s half-brother.”

As everyone knows, Seattle has become one of most cop-hating (by city leaders) cities for police officers to patrol in the United States. Even without the third-party component, as in Illinois, anonymous is all it takes to persecute an officer. Anyone think Antifa, BLM, or the ACLU won’t file frivolous complaints? And anonymous means cops have no right to confront their accusers.

Ding writes, the new legislation opens “the door to civil penalties against officers for practice violations.” She also notes the new law prevents officers from making arrests for class B and C misdemeanor crimes.

Sheriff Harvel says, “If someone trespasses [on] your property and refuses to leave, police cannot arrest the offender to protect you.” He says he doesn’t want to be the one to tell a crime victim he’s sorry, there is nothing he can do, and he must leave the trespasser on the victim’s property.

Illinois law enforcement organizations have universally condemned the new law as a “monster bill.” They describe the new legislation as allowing “criminals to roam free while punishing officers for doing their jobs.” How often have we heard this description of modern American policing over the past several years? Officers getting into trouble, disciplined, fired, or even sent to jail or prison for “doing their jobs.”

While addressing some police concerns, as also happened with similar anti-cop legislation in Washington State, Sheriff Harvel says he believes “the overall legislative direction remains unchanged.” It’s bad for law enforcement. Not being able to remove a dangerous person in crisis from the community led to a recent arson in Washington State.

“Hours later, that same man allegedly burned down an apartment complex, displacing 80 residents and seriously injuring four, including an infant.” The Democrats in the legislatures could not care less—either in Washington or Illinois. Washington’s law passed with zero Republican support.

So, we all know this police “reform” disaster is having real-world consequences. But that’s what happens when you legislate based on a politically partisan false premise—on a myth—that cops are brutal savages wantonly beating and killing minorities. No legitimate study or statistics validate this toxic notion. So, as I’ve said before, what happens when you “fix” something that ain’t “broke?” You break it.

The sheriff asks, what will happen “when we have no ability to enforce the law?” He says a young cop quit after the Act passed, and several more are looking for jobs in more cop-friendly states. He also has an experienced veteran who’s told him, because of the new law, he’s retiring within the year.

The sheriff doubts his agency will fill the vacant positions. He said even without the new law “police hiring has also been on a downward spiral for years.” Before the radical left created this anti-cop crisis, Harvel says people were streaming in to apply to be a sheriff’s deputy. Now, for the most recent opening, he’s had only two applicants.

Sheriff Harvel concludes, “Think about a world without police officers. How would we function? That’s a scary thought.” Yes, it is, sheriff. And, in some places, it’s already a virtual reality.