Skip to content
So Called Police Reform Bills Wreaking Havoc in States Across the U.S. 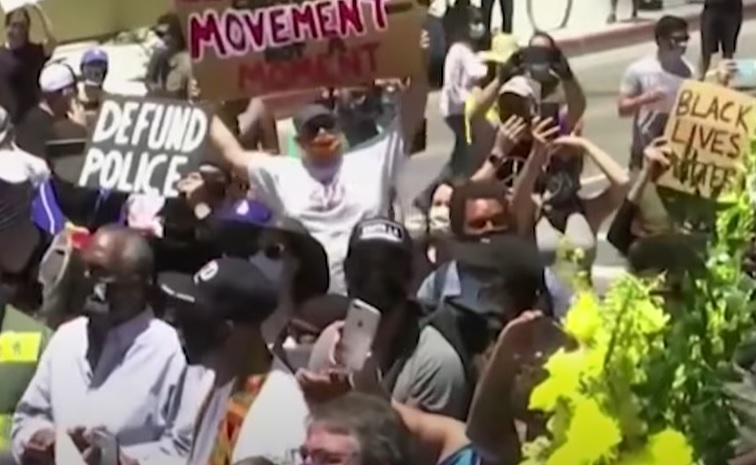 It’s difficult to remain optimistic when there is so much horrible news for American cops in so many blue jurisdictions. Fortunately, red cities, counties, and states remain havens for the multitude of thin-blue-line refugees (a different blue) fleeing their agencies. FOX News Channel’s Laura Ingraham recently showed what one red state sheriff’s office is doing in Florida.

I wrote about a police chief in Sedro-Woolley, Washington who recently posted an account on Facebook, relating how Washington State’s new “police reform” laws are (not) working for cops on the streets.

He relates the story of people calling 911 to report neighbors outside arguing with their “out of control” intoxicated or high roommate. After two responses with up to eight officers, including a specialty unit and social workers, the new laws prevented them from solving the problem.

But it’s not only Washington State suffering from these reckless, counterproductive laws. The Epoch Times’ Cara Ding reported on the significant ramifications of Illinois’ SAFE-T Act. The Left just loves to abuse the language when naming stuff, don’t they?

Because of this legislation, Illinois Sheriff’s Association (ISA) Executive Director Jim Kaitschuk told the Times, five sheriffs have already retired and six are planning to retire in the next couple months. He said, “This is the most I’ve seen. They’re quitting as a direct result of the legislation.” He notes they typically only see one or two sheriffs leave before completing their terms.

The radical lefties who are passing these laws don’t have a clue about real police work. They envision their new laws addressing neat little vignettes conjured in their pea brains that resolve perfectly each time, now that they’ve shown the cops the magical way to solve these incidents. The problem is they are idiots trying to solve a problem that doesn’t exist. When someone tries to “fix” something that ain’t broken, often, they break it.

Just look at the “fixes” from this new law:

These may sound somewhat reasonable to non-cops, but the proverbial devil is in the details. A conviction for a felony, for which officers would lose their jobs if convicted, even for forgetting to turn body camera on. How many times do you forget to do things in your job?

Not allowing officers to review video is a perjury or honesty trap. There are scientific reasons people’s memory of events are often skewed. I once would have sworn I didn’t touch something in the trunk of a vehicle we were impounding. Reviewing the video, I’d reached in for a second, touched a piece of rope, and dropped it. Independent recollection is not always trustworthy. That’s why courts allow officers to refer to their reports when testifying. And pointing a Taser at a suspect’s back is a recommended training tactic. How else could an officer sneak up behind a suspect and deploy the Taser. A less than lethal weapon that can prevent having to use a lethal weapon.

How do we know these are bad ideas? Because Illinois Gov. J.B. do-as-I-say-not-as-I-do “Lockdown” Pritzker thinks it’s a good idea. And there’s more bad legislation on the way for Illinois cops. One target is qualified immunity. Something so crucial to law enforcement officers, Kaitschuck told the Times, “If that one became a law, I would quit, too.”

Without qualified immunity, which affects civil and not criminal cases, plaintiffs would deluge officers with frivolous lawsuits. Suits that put in jeopardy their jobs, pensions, and personal property, such as vehicles and houses. And don’t think there aren’t judges out there who would not only allow frivolous suits but also rule against cops.

To give you an example, in Seattle last summer, leftist radicals filed some 13,000 department disciplinary complaints against an officer stemming from one incident. Why wouldn’t they also file numerous court actions? I can hear the neo-ACLU salivating already.

Never mind defund the police, with the help of Democrat politicians and little resistance from too many inert Republicans, the leftist radicals will legislate police departments out of existence. But that’s the goal, isn’t it? Chaos.

Ding reported it’s baffling to Chicago union boss, John Catanzara, that anyone still wants to become a Chicago cop. Catanzara said, “The first thing I tell them [recruits in the police academy] is: ‘I have no idea why you want to be sitting in those chairs right now, but thank you for joining the circus. You are out of your mind wanting to be a cop in this environment, but we will be here to protect you.’”

John Fermon of the Bloomington, IL. P.D. also spoke about recruiting difficulties. He told the Times, “The old way to recruit was to eliminate as many people as you could and find the best candidates. Now you just have to take what you have.” I thought the police critics’ aim was to get the best officers possible. Just another lie.

Cops in blue jurisdictions across the nation are leaving for “redder” pastures. Governors such as South Dakota’s Kristi Noem, Ron DeSantis of Florida, and others are recruiting officers to come to their states. DeSantis just gave officers a $1,000 bonus as a token of appreciation for their service.

Many Illinois officers are also escaping to other states. Gulf Shores (Alabama) Police Chief Edward Delmore, who spent most of his law enforcement career in Illinois, is also recruiting officers from his home state. One of those officers, a recent college grad, said he’d planned to apply in Illinois, but passage of the SAFE-T Act sealed his career move south.

Chief Delmore summed it up succinctly, “Every community gets the kinds of law enforcement it insists on.” He continued, “Society must come to understand that the price they will pay for a more passive police officer is a more aggressive criminal.”

The chief couldn’t be more right. But there is reason for optimism. Polls continue to show the public supports the police or, at least, show they don’t support defunding them. But the average traditional American is at a distinct disadvantage. It’s not only that legacy media report fake news but often they refuse to report essential news at all. They need to keep Americans ignorant.

For example, I just learned that two people I know well, who are educated, decent people, have never heard about the anti-cop critical race theory. How does that happen? Because, bullied by leftist family, friends, and co-workers, these good people, like too many others, place their trust in the legacy/state media.

Think about what we’ve come to in America? In totalitarian regimes, government tyrants must force at gunpoint the press to peddle the Party’s propaganda. But in our nation, founded on individual freedom, liberty, and limited government, the legacy media is only too eager to prop up and protect political leftist tyranny—with no force at all.

But as more people realize the harm of this anti-police legislation, the pushback will increase. The leftist tornado will reverse direction and become a hurricane of traditional Americans opposing their cultural revolution. Of course, it’ll reverse quicker if we all join in.