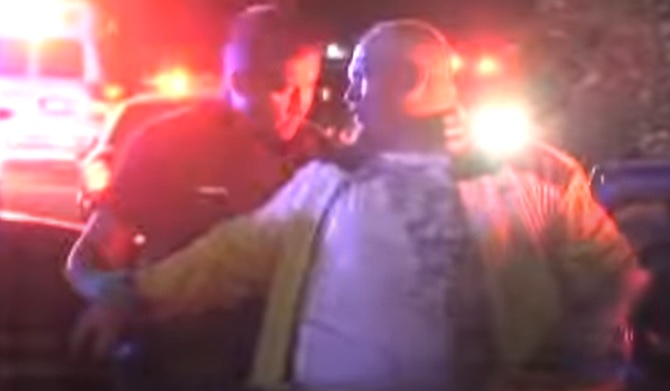 Although we still hear about the doctrine of the Use of Force Continuum (UOFC), it is a teaching tool and policy that has been abandoned by most law enforcement trainers and police departments. Unfortunately, the concepts are being raised again. The UOFC requires a stair step approach, meeting each level of resistance with a slightly higher force option until the officer gains compliance. It is usually graphically represented as a pyramid, stairsteps, or even a spiral, along with multiple colors and shapes. Its primary feature is that all that diagramming has very little resemblance to an actual use of force event.

Part of the analysis of the UOFC is defining various levels of resistance and force. Terms like passive resistance, officer presence, active resistance, assaultive but non-life threatening, chemical irritants, danger cues, soft empty hand control, hard empty hand control, intermediate weapons, active aggression, aggravated aggression, and more are found on these detailed charts. So the police officer, when confronted with an attacker or an arrestee who is not lawfully submitting, has to mentally sort through labels and shapes to decide what is appropriate. Violation of the UOFC guidelines can result in department discipline or liability to the officer.

The primary flaw of the UOFC, other than its failure to address the complexity of violence against officers, is that it requires levels of failure until the officer theoretically gets to the precise use of force to overcome resistance. In the real world, the amount of reasonable force that has the greatest probability of ending the resistance quickly, is the technique and amount of force that will prevent injury to the offender and the officer. This kind of reasonable force is too often considered “excessive” in today’s spotlight. No one supports excessive force, but ineffective methods should not be supported either.

Laws and policies that require all other techniques to be exhausted before using lethal force deny the reality of the split second attacks on officers and those they must protect. Climbing the stairs of the UOFC takes time that a citizen under attack may not afford. Police officers are already reluctant to use deadly force, as evidenced in studies that show that most officers, when authorized and justified in using deadly force, do not kill. The mythology of de-escalation assumes that there is an opportunity to get everyone calmed down in every situation.

As an example, the Sacramento, California Police Department is now governed by a policy that states “A peace officer is justified in using deadly force upon another person only as a last resort and when reasonable alternatives have been exhausted or are not feasible and the officer reasonably believes based on the totality of the circumstances that such force is necessary.” While this policy sounds fine and reflects what officers have been doing for decades, the term “last resort” assumes there are previously available steps that are routinely being ignored by police officers facing deadly force decisions. The reality is that simply allowing shooters to continue to shoot or flee precedes the “last resort” of police defending innocent citizens. Must police retreat rather than exercise force in order to consummate an arrest? Officers must now place doing nothing at the top of their responses to danger.

More than ever, police officers forced to use lethal force are immediately criticized for failing to “de-escalate” even the most obviously violent offenders. Advocates of abolishing police through defunding and constant criticism are quick to lead pandering politicians into promoting policies based on a profound ignorance of the dynamics of violent action of offenders. This constant barrage of criticism and restrictive policies is merely abolition by a thousand cuts.

Police officers make righteous deadly force decisions thousands of times every year. Each of those events deserves careful scrutiny and thorough investigation, but this is not the aim of these new rules. Impossibly restrictive policies will create more liability, more criminal prosecutions, and more viciously unbalanced media coverage resulting in destroyed careers, hesitant decisions, low morale, and more law officers leaving the career path – all of which are part of the path toward totally abolishing local police.

Ordinary citizens of common sense must be vigilant and vocal about politically driven policies that make their communities less safe with emboldened criminal actors and restrained police.