Skip to content
Most Voters Want Congress to Investigate the 574 Violent Riots in 2020 that resulted in over 2,000 injured police officers as well as the January 6th riot at the US Capitol 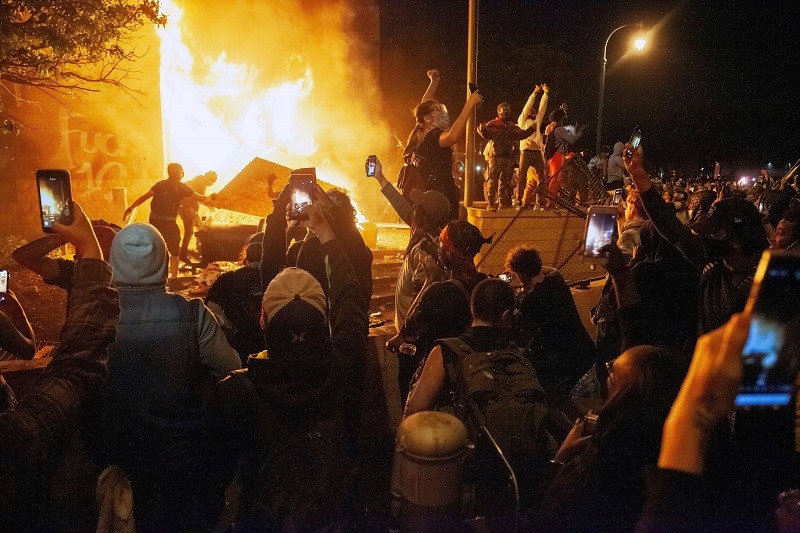 A new national telephone and online survey taken by Rasmussen Reports, sponsored by the National Police Association, finds that 66% of Likely U.S. Voters think Congress should investigate the violent riots that engulfed the United States in 2020. Twenty one percent (21%) say no. Thirteen (13%) are not sure.

Additionally, the poll found a majority of likely voters believe:

When the mayors of cities in which violent riots took place in 2020 refused to let police immediately stop the crimes taking place, it sent a message to violent criminals across the nation that crimes will be allowed and criminals won’t be touched.

“Many elected officials of both parties and at all levels followed up, not by apologizing to their citizens for failing to uphold the law, but by accusing police officers of systemic racism, being in need of reform, reimagining and defunding” said spokesperson for the National Police Association, Sgt. Betsy Brantner Smith (Ret).

Of course, criminals noticed cops had been handcuffed, demoralized and diminished. Then they acted accordingly. For the last year violent crimes have increased nationally and the lack of support from politicians has resulted in the number of police officers declining into a short staffing recruitment and retention crisis.

The National Police Association calls upon Congress to launch a bi-partisan investigation of the 574 violent riots in 2020 to include investigating the looting, damage to property, attacks on police officers and failure to prosecute the offenders. The goal of the investigation should be to determine how such a complete failure to protect the public can be prevented from happening again and outline what steps to take to regain the police staffing, criminal prosecutions and incarcerations necessary to restore peace, safety and justice.

The survey of 996 U.S. Likely Voters was conducted on July 16-18, 2021 by the National Police Association and Rasmussen Reports. The margin of sampling error is +/- 3 percentage points with a 95% level of confidence. Field work for all Rasmussen Reports surveys is conducted by Pulse Opinion Research, LLC.

Full results of the survey, including demographic data, will be published later today by Rasmussen Reports.

About The National Police Association