Skip to content
How Young is Too Young for Law Enforcement? 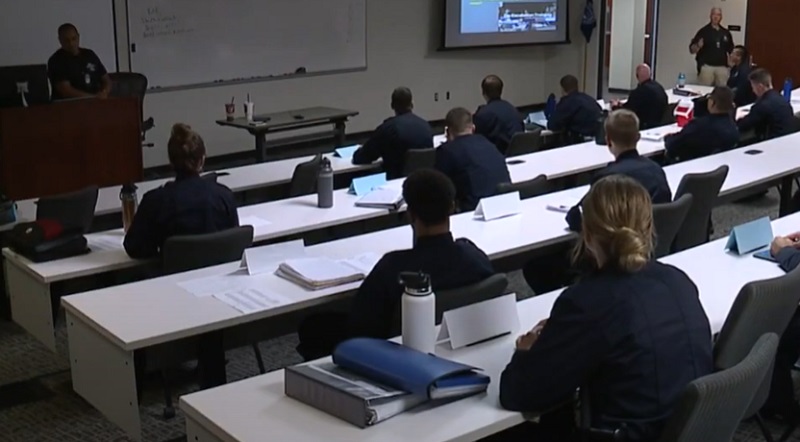 Sabin Ward, 21, is now perhaps the youngest police chief ever in the state of Ohio. Ward, who was sworn in Friday to lead the New Athens police force, was eager to begin his first shift after the ceremony. “Being the age that I am puts a big responsibility on me, and I think I’m ready for that responsibility,” Ward said.

Reading about Ward made me reminisce about my own young self. After deciding, at the age of 17, that law enforcement was in my future, I couldn’t wait to get started. Many young people have the opportunity to serve in cadet roles and Scouting Law Enforcement Explorer programs, but I was not one of them. I had to be content with the occasional ride-along and hanging around City Hall to visit with our town’s police officers. There I began to learn the fine art of telling war stories, accentuated with action, humor, and cynicism.

Going to college for a law enforcement career was a fairly new idea back in the day. Thanks to the Law Enforcement Assistance Administration of the federal Department of Justice, a program to help fund criminal justice education, I got a little help with tuition at a state university known for its criminal justice department.

As much as I wanted to finish a degree, I really wanted to get behind the badge and start my career adventure. I researched whether there was any place that hired police candidates. The New Mexico State Police seemed to be one, and some agencies hired at age 20 so that a recruit would be 21 by the time they completed the academy. For a variety of reasons, there were many urban agencies, like Houston and Las Angeles that were on major hiring campaigns, so I tried to get a head start on the competition by applying even before I was eligible. Then, by fate, I was walking through the student union, thinking either about girls or police work and saw a man in an Army MP uniform manning a recruiting table.

I walked over and my first question to the recruiter was if I had to be 21 to be an MP. The answer was that I signed up with the Missouri Army National Guard and took a semester off to go to Army Basic Combat Training and Military Police school. I turned 20 on the grenade range and was lucky enough to get cake in my C-ration meal along with some turkey that was older than I was. After my training, I returned to classes, completed a two-year degree, then applied to the local police department.

Despite my young, skinny, hillbilly self, I was hired at the tender age of 21 ½, endured a 3-week training regimen, then I was on my own. What about the police academy, you ask? At the time, that was not required in my home state of Missouri, but I did attend a 120-hour program after 6 months of patrol. Forty-five years later, I have another dozen years of education behind me, 10 years as a police chief, and a lifetime of war stories if anybody cares to hear.

So why subject my readers to this little biography? The point is that there are 21-year-olds who have the maturity and fortitude to be law enforcement officers. Training regimens have improved dramatically, as well as the hiring and screening process. We can look to the amazing job that many in our military are doing barely out of adolescence as an encouraging sign. There are brave and idealistic men and women who need to know about the opportunity to serve in a challenging and rewarding career. That may sound hypocritical to those who read my many articles citing the difficulties and impediments facing American policing. I admit I’m not as enthusiastic about recommending law enforcement as a career in light of the last few years, but I’ll also truthfully say that I wouldn’t have navigated my career any other way. I loved what I did. I miss it daily. As long as officers, young and old, treasure the privilege of public service internally with limited expectations of external rewards, the job can be one of the best ever. Providing they survive it.