Skip to content
How Are Cops Accountable? Let Me Count the Ways 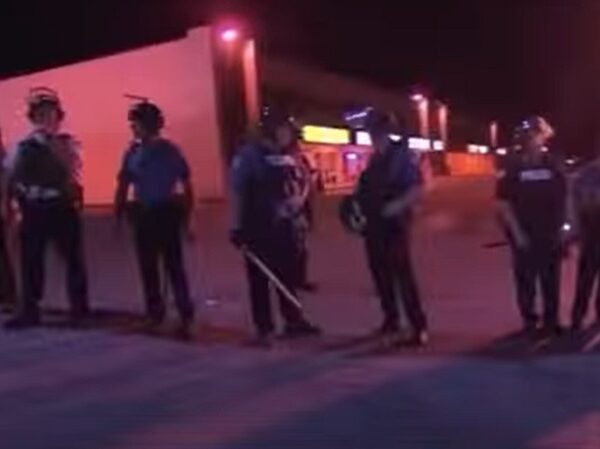 Accountability of our armed government agents is an essential part of our democracy. The Founding Fathers wrote a whole thing about it. That the idea of lots of armed government agents was somewhat foreign to those Revolutionary minds was evident in their hesitancy to even have a standing army. Having been shoved about by the red-coated British enforcing the colonists’ subjugation to the crown, where the population consists of subjects rather than citizens, the new nation didn’t want to live under the sword.

One of the provisions aimed at avoiding oppressive federal power was the 10th amendment to the Constitution which simply says “The powers not delegated to the United States by the Constitution, nor prohibited by it to the States, are reserved to the States respectively, or to the people.” Presumably, this meant the bulk of law enforcement was to be up to the states. The federal agencies existing around the time of the ratification of the Constitution are the U.S. Postal Inspectors, U.S. Marshals Service, and the U.S. Customs Service. Compare that to the nearly 100 current federal agencies with law enforcement personnel.

Meanwhile, the 18,000 or so state and local law enforcement agencies comprise the bulk of the roughly 800,000 police types serving today. The oldest local law enforcement was, of course, the office of Sheriff carried over from the old country. City night watch crews evolved into municipal police agencies. With the advent of motor vehicle traffic, state law enforcement grew. As technology increased and populations became more mobile, specialty police and investigative agencies increased in numbers.

The rule books for the feds and state agencies were different until relatively recent times. The U.S. Constitution was of little concern to state and local law enforcement, who operated under their state laws. This shifted slightly after the Civil War with the passage of the 14th Amendment which states, in part “No State shall make or enforce any law which shall abridge the privileges or immunities of citizens of the United States; nor shall any State deprive any person of life, liberty, or property, without due process of law; nor deny to any person within its jurisdiction the equal protection of the laws.” The implication was that every government had to abide by the rights guaranteed in the Constitution and Bill of Rights.

But locals pretty much ignored that for another century. In the same flurry of post-Civil War legislation, a law was passed that stated that “deprivation of any rights, privileges, or immunities secured by the Constitution and laws” by anyone could be met with a federal lawsuit (42 USC 1983). Civil rights violation “under color of law” (i.e. cops) was also criminalized. Although these laws weren’t used much until the 1960s, they’ve made a big impression ever since and are often employed against police misconduct.

All of this history explains why federal investigations and federal criminal charges are in play in what would otherwise be a local case. An example is the famous Rodney King arrest in 1991. Of the officers shown in the famous videotape, all were found not guilty in state court, but two officers were subsequently convicted in federal court. The charge in federal court was not “assault”, per se, but rather for violating King’s 4th Amendment right to be free from “unreasonable searches and seizures”. (By the way, the federal court ruled that only 1 or 2 of the baton strikes were unreasonable.)

Now that we have reviewed how the federal government can intervene to hold individual officers accountable, we need to remember that entire agencies can be held accountable as well. If, through statistical studies, the U.S. Department of Justice determines that an agency’s officers are consistently involved in a “pattern and practice” of violating the civil rights of its public, the agency is subject to penalty. To avoid litigation, most departments that are the subject of such accusations submit to what amounts to a plea bargain and promise to review and revise its policies, training, and conduct. To ensure compliance, federal overseers are appointed to review and direct the agency, a process that often takes many years and can cost millions of tax dollars.

These federal controls over police behavior are in addition to police officers’ personal liability for state civil lawsuits against their assets, state criminal charges for misconduct, and department punishment for policy violations that can vary from lost wages to lost careers. An increasing number of states are empowering state attorney’s general to impose sanctions much like the U.S. Department of Justice, forcing changes to whole agencies.

Finally, the voters choose those who select law enforcement leadership which makes law enforcement subject to the ultimate control of the ballot box. Given that police officers are the most surveilled and monitored profession in public service the constant calls for more police accountability must be coming from the lips of those who don’t realize the many microscopes already focused on the badge.