Skip to content
What We Know About School Shootings 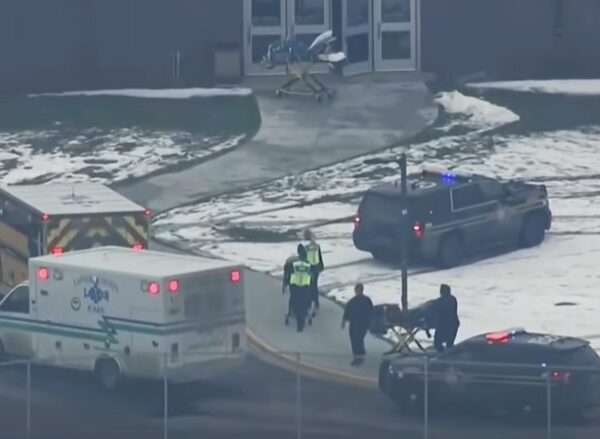 The blood was still on the ground at Virginia Tech in 2007 when I traveled to interview as a campus police chief in Colorado. My time in charge of public safety was punctuated by the threat of campus violence.  It was the same year that my daughter married a young man who just eight years earlier had been sitting in the cafeteria at Columbine High School, not knowing that he was eating and chatting with friends next to a home-made propane bomb placed there by two classmates who, moments later terrorized the school murdering 12 students and one teacher.

Violent attacks in places that are sacred and safe inflict a national anxiety on us like no other crime. We need to go to our churches, schools, stores, concerts, and movie theaters without feeling like a random target just waiting for the impact of flying lead. With every headline starting out: “yet another…”, the violence seems so frequent and pervasive. It is hard to evaluate these events without viewing them through the lens of hopelessness and panic.

Most of us, when the weather threatens, do take steps to avoid being struck by lightning even though we know that death from lightning strikes is so rare that it is the measure of small likelihoods. The probability of a student being killed in a school shooting is less than being struck by lightning. That may be of little comfort, but the reality is that school shootings are an anomaly. Schools remain the statistically safest place for a child. The most dangerous places are in the home and in automobiles.

Even more interesting is that no student who was behind a locked door with an attacker on the outside of that door has ever been killed in a school shooting. Some parents and officials advocate running or evacuating during a violent attack. Staying in the classroom behind a locked door provides the best chance of survival.

The frequency of school shootings is overstated in statistics as well. Many acts of violence occur on school grounds that are personal acts of violence directed at specific persons from gang violence or domestic violence. A victim and their perpetrator may have no affiliation with the school or a student but the crime ends up happening on school property. These are still scary, but not the random, mass violence that we assume when a “school shooting” is reported.

There are some standard active shooter protocols in use around the country, but there is no one response that is appropriate for every kind of attack (the phrase “active harmer” is often used to include non-firearm weapons). Methods of attack have included stealth entrances, distraction by explosives, false alarms to get students out in the open, team attacks, and hostage-taking to name a few. Simulation drills in school have been criticized, including by this writer, for invoking unnecessary fear and trauma in students. Since many shooters are former or current students, they know what to expect from participating in the drills themselves. Many protocols are too complicated to execute while under attack.

There is no profile of a potential active shooter. The U.S. Secret Service and the FBI have studied the subject thoroughly and have stated at the end of their research reports that there is no profile. Although some shooters have a history of violence, many do not. Some shooters were taking prescribed psychotropic medications but shooters aren’t always diagnosed with a mental illness. Some shooters played violent video games, but most young people play video games and don’t become killers. Police agencies are often criticized when the public hears that some report had come to their attention about a person involved in school violence, but sorting through all reports of people acting strange is a bigger task than one would imagine.

There is evidence that a significant number of shooters had given some subtle or overt signal of their intentions. Training teachers and law enforcement officers to recognize those outcries has had some good results, but the challenge is that gathering bits of information from friends, counselors, and family members (many of whom want to keep confidentiality) to create the constellation of evidence that might predict a violent outburst is burdensome. Hindsight is of little consolation and “we should have known” doesn’t mean we would have.

The political response to these anomalous attacks usually centers around new firearms restrictions and legislation or more funding for mental health programs. There is no consensus that new laws would have made a significant impact on the ability of attackers to obtain weapons, but when bad things happen, politicians are quick to claim answers are in pages of new laws.

Two responses seem to make a lot of sense. One is threat assessment teams made up of a variety of persons who may have information on persons of concern. This would include school personnel, law enforcement, and mental health professionals who might be able to “connect the dots” on clusters of concerning behaviors with the goal of intervention. The other is to make sure that getting students secured behind a locked door is the first response of choice when alerted to a possible threat. Ridding schools of a law enforcement presence including School Resource Officers, despite the claims of the National Education Association teacher’s union, is a step in a decidedly wrong direction.

Knowing facts about school shootings can help relieve some tension about the probabilities of it happening to our kids. We can take some comfort in knowing that schools are very safe places to be. The only thing worse would be to believe it will never happen to your school.