Skip to content
Forensics: The Marvels of Science in Policing 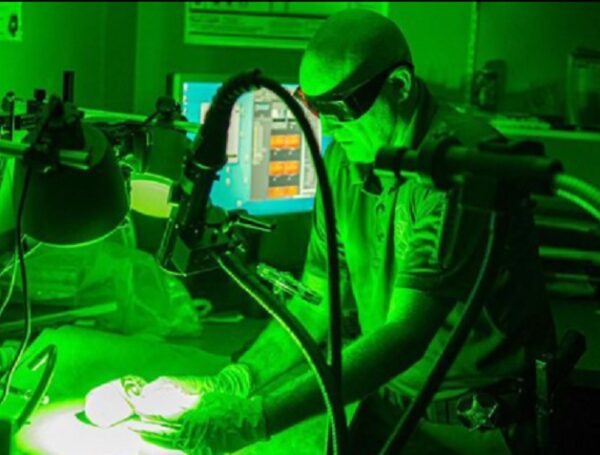 Throughout this week we recognize and honor the meticulous minds who skillfully tackle the tedious side of policing, performed by contingents of civilian staff and/or sworn cops who, in tandem, compel malevolence to kneel before justice by pillaring cases with rock-solid scientific conclusions categorically known as evidence.

Indeed, law enforcement is known for unsung heroes doing a dastardly job thanks to spoils created by dregs of society. The machinations of uniformed cops working the beat may seem a contrast to the often lab-coated police personnel whose prowess for discovering esoteric aspects and using undisputable evidence to cement criminal prosecutions is phenomenal, albeit often obscured.

As Sheriff Chad Chronister in Tampa, Florida put it: “…we could not be more proud of our HCSO Crime Scene Section. Forensic Science has come so far and continues to evolve every day! It is a key piece of the puzzle to solving our cases and crimes.”

Although it is rare for the media to portray a crime scene technician or toxicologist or any other -ologist involved in detecting, processing, and preserving evidence against the accused in courts of law, they are no less integral in the grand scheme of securing justice on behalf of victims of crime.

Traditionally called “criminalistics,” forensics is much more en vogue nowadays, highly influenced by  enormous success of TV docuseries such as “Forensic Files” and “The True Detectives” attracting curious spectators awe-inspired by granular specs of evidence carrying criminal cases toward slam-dunk convictions. It could be about a single strand of dog fur, a paint chip, tire impressions, maybe even a crimped cigarette butt.

It may not be as sexy as, say, a wild police pursuit careening through downtown streets and carving through interstate throngs…but, boy, is it righteous and fruitful in criminal justice calculus.

Then again, lovers of science may differ on the definition of what is more appealing to them regarding the varied roles in policing America, logically having leanings toward forensic finesse to help solve cases.

In my earlier days as a rookie beat cop working midnight shift, among our forensic staff was an Englishman whose almost-quarter-century Royal Navy career entailed a highly responsible role aboard a submarine. His concentration was intense. His call-out mood was ornery. But he knew his craft well. If I recall correctly, his station was Communications, acutely paying attention to sounds to decipher anomalous blips worth questioning.

Although our department policy was to have all of its cops trained in the fundamentals of evidence collection, custodial possession, proper preservation, and testimonial attribution, major crime scenes were attended by any of our crime scene techs (hence the “call-out” reference I made in the previous paragraph).

When a crime scene paralleled that of a shaken snow globe, CSTs were summoned.

Not exactly scientific-minded, I nonetheless became much more mindful of “the specs under duty boots,” as the Englishman referred to it. Trampling on crime scenes is sometimes spoofed in Hollywood movies to make characters (cops) look bad. LEOs know better, especially mindful ones.

Even though the “plus-one rule” has different meaning to law enforcement officers ensuring a suspect vehicle or a building is “clear” and has no other bad actors hiding in the trunk or attic or whatever, for forensics folks it may have different meaning, with gigantic dividends…when acute attention is parlayed.

In one particular major crime scene of which I was the lead officer whose name would bear much responsibility for the subsequent investigative steps taken, I received a lesson on including even the remotest possibility. I never forgot it, thanks to the Englishman. It had to do with a tire imprint in some nearby muddiness.

Although not considered a definitive part of the taped-off crime scene, it was unquestionably proximal enough to raise an eyebrow. And, as the forensic guru made clear, looking beyond the would-be scope is always worth the extra time/effort, possibly suggesting imminent clues potentially associated with the investigation resulting in leads to identify suspects. Proverbially, get out of the box and expand vision…because once we wrap up the scene and depart premises, do-overs are rather elusive.

Courts generally do not look too kindly on incongruous matters. In other words, initial crime scene examination/evidence collection is pivotal and conveys a primary shot to get it all done right at once. Conversely, defense attorneys salivate over and capitalize on would-be weaknesses to help exonerate their clients (defendants)—surprise, surprise.

So, I not only was directed by a forensic-minded professional but also given an on-the-job practical in casting a mold of tire tracks which caught his eye. My duty boots paid the price, but I found the goopy endeavor intriguing, especially thought-provoking: That this may be evidence against my yet-to-be-identified suspect(s) who perpetrated a blood-saturated scene.

Subsequently, the tire track was deemed unrelated to the criminal event, but the insights and experience were indelible enough for me to be expand horizons in terms of broader crime scene evidence collection efforts. Here is a related example to magnify the point:

Whereas we would historically “walk the scene” cautiously, nowadays, drones aid crime scene techs and investigating LEOs with the time-consuming and imperative task of examining/reconstructing scenes by way of mapping. Even though hand-held cameras are still employed for photographing crime scenes and recording close-up imagery, those nifty drones provide supplemental footage from an aerial perspective, offering juries a panoramic picture of the scene where awful things transpired.

NPA published a piece specifically on police drone use to map and exhibit traffic crash scenes which ordinarily result in an extraordinarily dispersed debris field of car parts and other involved tangibles such as signage, tire tracks (braking, or lack thereof), gouge marks in asphalt, and any manner of related details factoring into cause-and-effect analysis. Paramount in using drones is officer safety; any technology supplanting police personnel from physically entering/working in harm’s way is obviously golden.

In their advent, police drones are largely operated by sworn cops. That provides a segue into general forensics: some police agencies employ sworn officers to conduct crime scene recording, mapping, and all the science-based collection of evidence. NYPD is one such department, having cadres of cops cutting their newly-promoted detective teeth by being assigned as collectors/custodians of evidence, working alongside seasoned detectives fitting all the pieces together. My childhood pal went this route and loved the NYPD’s CSI role before ascending the detective ranks among the largest municipal police agency in the U.S.

My agency sent all crime scene techs and forensic personnel to photography schools, for both fundamental and advanced instruction mostly taught by the Florida Department of Law Enforcement (FDLE).

Fundamentally, scouring for and “lifting” latent prints by forensics personnel is akin to the many rudimentary skills required of sworn police officers—its expedient and cost-effective to have empirical knowledge.

Often said but not always practical (short-staffed) or affordable (budget cuts), police staff should always be in the loop of modernization and innovation, predominantly technology. Our nation’s current defund the police movement is surely an impediment to skill-honing endeavors which would help police entities aid victims—we’ll scratch more of that itch in a moment.

It is reasonable for law enforcement HR designees to expect applicants who are science buffs. Bexar County, Texas forensic scientist Wesley Kay Stubbs explained the scope of crime scene gurus, what it takes, and her Why regarding this highly specialized role:

Circling back to what we referenced above —police defunders downsizing police departments— potential consequences of cleaving police budgets to appease screamie-meemie social justice activists also means whittling away at the science-based personnel. Big picture: abolishing police means no need for forensics which means victims running amok and victims left in misery and despair. Doing so blatantly abandons victims, leaves them with zero answers, and betrays their rights to justice.

Defunding or outright abolishing the police is one of the most pathetic political ploys ever. Anti-police pundits gathered together and launched a sure-to-fall-from-the-sky social justice statement, a successful failure, exhibiting zero regard to victims and the justice professionals who help pave the road to recovery from victimization.

There is a litany of criminal cases effectively solidified and closed, and justice constitutionally catered, thanks to the marvels of forensic specialists employed by America’s law enforcement agencies. A direct method to glean many sensational case-solving methodologies and extraordinary conclusions chronicling criminal convictions is something to herald.

CSIs performing forensic feats comfort juries and largely make the case against malevolence leaving behind clues. Whether sworn or non-sworn, either in typical police attire armed with a firearm or garbed in a lab coat while pinching tweezers and hovering magnifying glasses, law enforcement sleuthing sifts through every scintilla of scientific proof placing criminals behind cold bars.

Everyone can appreciate an intriguing whodunnit, and these men and women deserve accolades for collecting clues leading to criminals’ undoing.