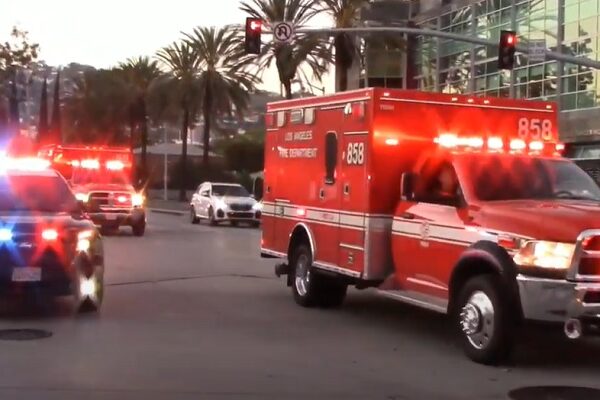 Some firefighter friends of mine recently expressed their dismay at Washington Governor Jay Inslee’s continuing power-play to force “vaccines” on public employees, including cops and firefighters. As reported by The Hill at MSN news, “more than 90 plaintiffs were listed in the lawsuit against Inslee, including 53 state police employees as well as firefighters….” State ferry system and corrections staff have also joined the suit.

My firefighter friends were dismayed over having spent the previous year and a half exposing themselves to the dangers of COVID, including when there was no “vaccine” but serving anyway. Even blue jurisdiction leaders hailed public employees as heroes for doing their duty despite such risk. My cop friends have expressed the same sentiments.

And what does the governor give these brave, dedicated public servants as their reward? A choice: get the jab or lose your job. Dictator Inslee says he will fire public employees who don’t submit to being injected with a substance, though “approved” by the FDA, whose long-term effects are not known and whose side-effects authorities may have concealed. And with all the contradictions and misreporting regarding vaccine efficacy and public policy, is it any surprise so many intelligent people like cops, firefighters, nurses, teachers, etc. have trust issues?

So, do employees have any other options, any exemptions? Ostensibly, yes. There is supposedly a religious exemption. But in reality, it doesn’t seem to exist. Red Voice Media is reporting, “The Washington State Patrol [WSP] has reportedly rejected each and every COVID-19 vaccine religious accommodation request that it has received so far.” As of Sept. 16th, 2021, “The WSP has received 373 religious exemption requests and reviewed 284 so far, rejecting all of them…” as reported by Jason Rantz at My Northwest.

Red Voice Media’s James Samson wrote, “The WSP has alleged that ‘no practical accommodations’ have been found so far, which is a lie, of course. The WSP claims it’s dangerous for employees to work without a vaccine despite the fact that the state has exceeded a 70% vaccination rate. This rate was non-existent last year when it was apparently safer to work.”

Another element to this argument is state government’s lack of consistency. Inslee allows a biological man can say he’s a woman and “prove” it by, well, just saying so, to get transferred to a woman’s prison. However, a trooper or firefighter can express his or her sincerely held religious beliefs, and the WSP leadership and Inslee just dismiss their requests out-of-hand as insincere. This is a massive and intentional disconnect?

Who has the right to determine if another person’s religious convictions are “sincere?” The quick answer would be no one. Shouldn’t that be in God’s wheelhouse? Oh, wait… I forgot. Dictator Jay Inslee has assumed the role of God in this never-ending, disastrous “state of emergency.”

When asked why it was “safe” for troopers to work without a vaccine for the last year but not this year, a WSP spokesperson retreated to where all leftists retreat when trapped by logic. To, things have changed—evolved.

The spokesperson said, “As we have all seen, the pandemic, it’s [sic] impacts, and response strategies have evolved over time as more has become known.” In other words, things have changed. Is there a “crisis” that exists where they cannot use that excuse?

The spokesperson claimed, “there is no policy to accept religious exemptions but [then] reject …” all of them. The WSP considers each exemption individually.” Think about that. So far, the WSP leadership has “considered” 284 religious exemption requests and has spit in the face of each of those troopers’ claims of faith. They’re likely not granting them because if they grant even one, it’ll be that much harder to justify rejecting the others.

Who are Gov. Inslee or the WSP leadership who works for him to sit in judgment over these cops’, firefighters’, and other public employees’ religious convictions? How dare they? So much that had previously been hyperbole has now become accepted language because the tyrannical political leaders’ affronts against the public have been so egregious.

So, I have to ask: how can extorting public employees by threatening to take their livelihoods if they do not submit to the mRNA injection, and then rejecting all religious exemptions, not be defined as evil?