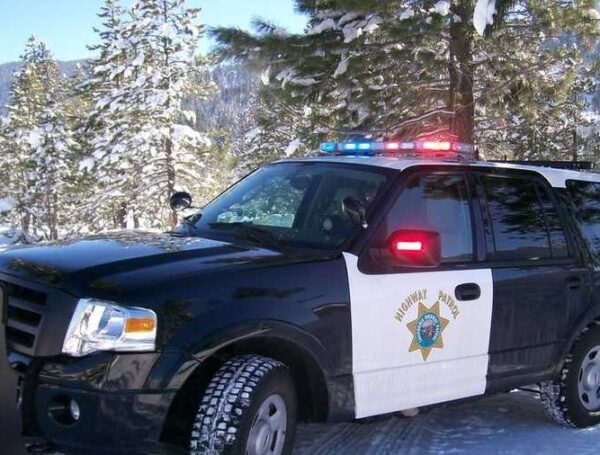 California joins Nevada in prohibiting police from putting pressure on a suspects back, torso, or neck in a way the impedes the arrestee’s ability to breathe. That sounds reasonable and, in fact, most police agencies have given much training and policy on that use of force method.

The trouble with the expansive law is that, in the words of the California State Sheriffs’ Association which said the bill is too broad  and “neglects situations in which a subject creates a threat of death or serious bodily injury to an officer or another person.” The Association said that barring the holds will require the use of alternatives like batons or Tasers, which are two tools that the willfully uninformed anti-police voices hate as well.

The fatal result from what is referred to as “positional asphyxiation” is the aim of the legislation which, far too typically, was predicated on assumptions rather than science.

Calls in which a person might be placed on their chest/stomach typically are a response to an out of control person, or exhibition of strange behavior. This is typically a result of substance abuse where a person is delusional, lacks the ability to intelligently choose to comply with first responders’ directions (including the life saving attempts of EMS personnel), and has significantly reduced capacity to feel and respond to physical pain. These conditions reduce the options for de-escalation and at the same time increase the urgency of getting the person to emergency medical care. The individual is typically agitated, has already increased labored breathing and cardiac function through hyperactivity, and has a felt urgency to flee.

As we consider what happens during great physical effort, an increase in the need to breathe is obvious. When a suspect is placed face down, especially if weight is applied by the officer, if control is not gained quickly the suspect may panic, feeling shortness of breath, and resist even more violently. What is often not taken into consideration is the physiology of the officer or officers attempting to take the person into custody. Constant struggle with someone can create exhaustion within two minutes as oxygen becomes used up at a rate exceeding its intake. In addition, officers have to be aware of others at the scene who may be a threat, as well as keeping all of their equipment secure from a suspect’s attempt to wrest away their firearm or baton. The officer is also fighting with an additional 20-30 pounds of equipment weighing on them. Unlike a drug-induced rage, a police officer feels pain and can become disabled from a fight injury during the process.

Research reported by Force Science Institute, a highly respected organization dedicated to documenting the science of human performance applied to law enforcement, states that a recent study concludes: “Sudden in-custody death has more to do with the features of the individual than with his or her positioning. Even among suspects supposed to be at high risk—the drug and alcohol intoxicated and those with mental illness—there appears to be no scientific basis for believing that prone positioning is as dangerous as its reputation suggests, the researchers report.”

Further, in a January 2019 issue of a Force Science Institute publication, a study reported that “Overwhelming scientific evidence has found that restraining an arrestee in the prone position does not create an exceptional risk of serious injury or death.”  Researcher Dr. Mark Kroll an internationally renowned biomedical scientist, stated that the results were based on testing single officer techniques and that multiple officers applying weight on a prone suspect for even a matter of minutes could, indeed, be fatal.

Regardless of whether the topic is law enforcement practice or any other sensitive subject, legislation based on anecdotal evidence, anomalies, and fear is bad law. The public keeps hearing that we should follow the science. When will our legislators do the same?