Skip to content
Do Cops Have Any Rights at All? 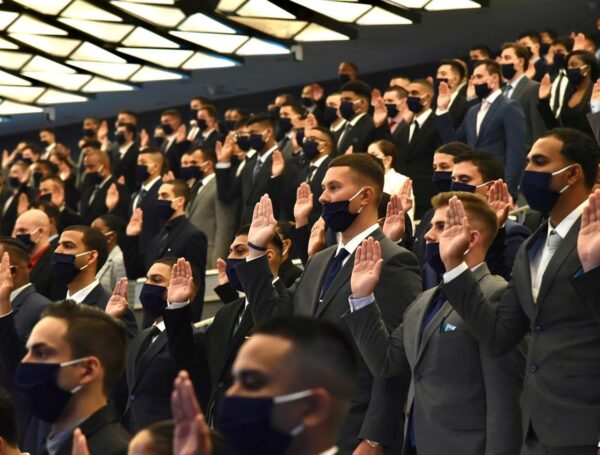 For all of the attempts to chip away and police effectiveness – or even police existence – the real accountability for quality policing has always been as close as the nearest voting booth or local council meeting. One of the specters handing over the effort to destroy local law enforcement is that the vacuum will be replaced by federal law enforcement with no local accountability.

One example is how police officers are treated differently than other citizens is when they are victims of crime. Some will claim that police officers sign up for being assaulted and injured as part of their job. While it is true that officers expect that the nature of the work exposes them to such hazards, attacks are never to be taken likely. A survey by this writer showed a sharp contrast between how assaults and other crimes against non-law enforcement citizens are viewed by prosecutors. Nearly 80% of respondents report being treated differently than non-law enforcement victims of violent crime.

When a police officer uses force, they do so under well-defined law and policy. To use force without legal grounds places the act of restraint in the same category of any citizen offender. Arrests are assaults and false imprisonment without the legal justification given police officers to take people into custody using appropriate force. There is now lawful justification for an arrested person to flee or resist a lawful arrest. Therefore, any act of resistance not only meets the definition of assault, but further is violation of separate laws defining resisting arrest or interfering with an officer. The law not only defines the criminal act of assault on an officer, but specifically requires submission to a lawful arrest.

My survey indicates that within any 2 year period a significant percentage of police officers will face a deadly force decision, will be injured and require treatment with days lost from duty, and many will be injured but keep working and not report it because getting care and prosecuting their offenders meets so much resistance. Even before the current recruitment and retention crisis in law enforcement, these realities eat away at morale and enthusiasm among our law officers.

When an officer is assaulted, according to my survey, almost 1 in 4 have no other officer assigned to investigate their being a victim. Can any one imagine any other circumstance where a victim of a violent crime was the only person assigned to investigate? We also recognize that assaults on police occur during police activity that will be suspect to critics and prosecutors who are hostile to law enforcement. That means that an officer investigating their own victimization will have no objective third person to investigate that officers actions when the victim becomes the subject of an excessive force allegation. Nor will there be an objective third person to examine the circumstances of the assault as the victim officer works their way through the maze of worker’s compensation and civil litigation.

When offenders are prosecuted, 61% of officers stated that charges of assault on officers and resisting arrest are among the first charges dropped in a plea bargain. If an arrestee assaults an officer during a domestic violence or drug investigation and those charges are dropped, that does not mean that the assault on an officer charge should also be dropped!

Victim rights laws require information on compensation and mental health services for victims. They also require that victims be kept aware of hearings, releases from custody, plea bargains, and sentencing. Only 11% of officers report that they were offered crime victim compensation or any other victim services allowed by law. In addition, only 31% of officers were consulted about the charges against their offenders, and 45% of officers report that their cases were disposed of without notifying them.

While we’re reforming the justice system, how about we ensure justice for our police officers, too?