Skip to content
Excited Delirium – What Should Law Enforcement Do? 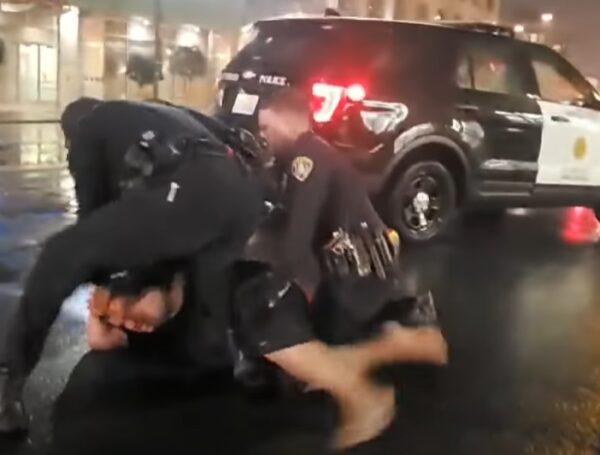 Nearly 8,000 people die in the U.S. every day. Sometimes that last breath happens while a person is in police custody, an average of fewer than 2 per day, not counting the average of 3 persons per day fatally shot by police on average. Given the total jail and prison population of over 2 million and over 27,000 arrests every day by America’s 800,000 police officers, the numbers must be placed in perspective.

The subset of persons in a given population necessarily affects mortality. We would expect more people to die in a hospital emergency room than in a doctor’s office. More people die in nursing homes than college dormitories. Suicide deaths vary by age group, as do murder victims. Are those who die in police custody a subset whose mortality risk is high?

Certainly, the citizens seeking assistance or information are representative of the population at large, but persons with whom police have contact are often in a state of agitation that developed from circumstances prior to the arrival of law enforcement. Stress, by definition, burdens the cardiovascular system and impedes decision making. The use of alcohol and other drugs strains the body, reduces responses to pain, muddles thinking, increases self-destructive thoughts and behaviors, but also can increase violent tendencies. Chemically induced behavior attracts the attention of bystanders resulting in a 911 call for the police to intervene.

Many others who are contacted by police, particularly those with histories of substance abuse and those with a history of criminal activity have made other poor decisions including lack of self-care. Poor nutrition, unhealthy physical activity, generally poor health, and other factors, including poverty that may result in poor diet and less access to quality health care, all have their effect on populations in frequent contact with law enforcement.

One potentially lethal condition that police can encounter is the condition of “excited delirium”. The abstract from a medical journal reads “Excited (or agitated) delirium is characterized by agitation, aggression, acute distress and sudden death, often in the pre-hospital care setting. It is typically associated with the use of drugs that alter dopamine processing, hyperthermia, and, most notably, sometimes with the death of the affected person in the custody of law enforcement. Subjects typically die from cardiopulmonary arrest, although the cause is debated. Unfortunately, an adequate treatment plan has yet to be established, in part due to the fact that most patients die before hospital arrival. While there is still much to be discovered about the pathophysiology and treatment, it is hoped that this extensive review will provide both police and medical personnel with the information necessary to recognize and respond appropriately to excited delirium.”

Translated, this means that excited delirium is hard to diagnose, occurs outside of medical care, and is associated with drug abuse. What it looks like to a police officer arriving to a call of a person causing a disturbance is a sweating, often naked (due to increased body heat) person, often overweight, and impervious to rational discussion, and feeling no pain. When a person feels no pain, their strength is multiplied because the normal sense of “this hurts, I’ve got to stop” does not exist. From a real world perspective that means that a single officer, no matter how skilled, is highly unlikely to successfully take custody of the person by themselves.

Complicating this interaction is that excited delirium is a potentially fatal condition. This means that first responders must act quickly to get a person to advance medical care. Therefore the fight to get control of an out of control person is not primarily for justice purposes, but for medical care to prevent death. Restraints needed to accomplish that are blamed for excited delirium deaths, rather than the medical emergency itself, leading critics to blame the police for those deaths that occur prior to hospitalization.

The American Medical Association has proposed that the diagnosis of excited delirium is a cover for the killing of black men in police custody. The State of Colorado has outlawed the use of one of the most effective drugs in calming the condition, which is Ketamine. This is yet another example of politicians removing vital life-saving tools from police and other first responders. In a yet unpublished bit of science and research, the American College of  Emergency Physicians has taken the position that excited delirium is a valid medical condition that requires early medical intervention.

While the science of this situation is debated under the umbrella of politics and not the reality that police officers face on the street, first responders are being prohibited from using the very calmative and tactical measures necessary to get a person to advance medical care and save lives.