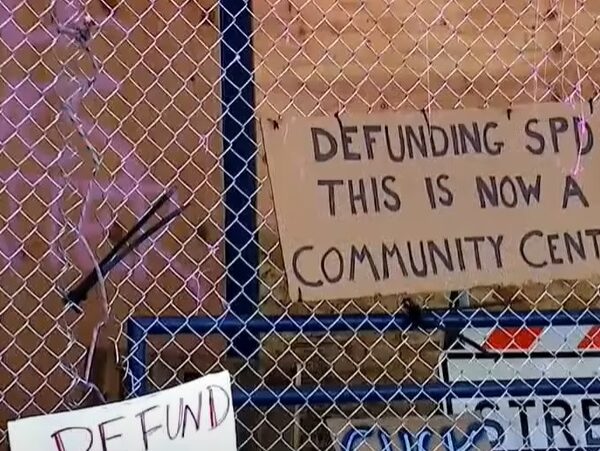 I write a lot of stories involving Seattle. It’s not just because I served on its police department for over two decades, but also because they’ve been on the cusp of leftist government-sponsored racism indoctrination and practice. This includes putting police officers through “anti-racism” classes, which is just the usual rancid jar of critical race theory with different label slapped on it.

It’s a sad commentary, that after hearing a radio talk show host mention the latest Seattle racism training, I couldn’t immediately find it in an online search. In the way were many stories about the city’s left-wing indoctrination going back well over a decade.

I know, firsthand. I went through one of the first propagandapalooza events back in 2010-ish. It always starts the same way. The city “invites,” “encourages,” and then “commands” its employees to submit to political indoctrination.

Now, before anyone accuses me of promoting “conspiracy theories”—I wish, on June 12th, 2020, the city’s Office of Civil Rights (OCR) held an event titled, “Interrupting Internalized Racial Superiority and Whiteness.” If I caught the radio host correctly, I believe the newest racist training has to do with “Internalized Racial Inferiority and Whiteness.”

The primary item that caught my ear was the host mentioning the “training” had raised the hackles of black Seattle police officers. Why? Because black police officers, like police officers of any other race, especially patrol officers, work on the streets. They work in a stark reality where injury or death can find them on any call.

And black cops have a word for white, Asian, Hispanic, Indian, and etc. cops: brother and sister. Essentially, cops don’t have time for the partisan “political theory” nonsense leftist radicals find plenty of time to wallow in.

Okay, I found it. Thanks for bearing with me. First, the radio host I was listing to was Jason Rantz of KTTH, who is also a frequent FOX News Channel guest. I should have known. He’s ultra-pro-police and does amazing work to support all cops.

To incite, inflame, and brainwash minority employees, the city is inviting them (14th Amendment much, Jenny “Summer of Love” Durkan?) to an OCR training called, “Internalized Racial Inferiority” (my recollection above was pretty close). Think about that: Seattle’s Office of Civil Rights is segregating races in an effort to “end racism.”

The city is conducting the “training” under the auspices of the radical Race and Social Justice Initiative (RSJI), a sickness infecting Seattle since around 2005. It’s described as, “the City’s commitment to eliminate racial disparities and achieve racial equity in Seattle.” The RSJI laid the framework for the anti-police juggernaut that would follow, which is in full effect today.

In that sick city, equality has become about as welcome as a police officer at a City Council meeting unless they’re burning one in effigy—or unless someone was to assault them. Then, please let the cops come quickly.

Here’s the nugget I caught when I wasn’t paying attention like I should have been (sorry, Jason): “The three-hour-long anti-racist training claims racial minorities hold internalized racism, which contributes to white supremacy. But staff, particularly Black [sic] police officers, said the training is racist and demeaning.” They’re right.

The anti-cop bullies in Seattle city government are finally getting pushback from more than outspoken (outwritten?) malcontents like me. The thing is, cops are difficult targets for political brainwashing. They don’t make good victims.

Cops are also fortunate to be in a more “conservative-libertarian” environment where their political views are respected (even if they’re liberal) and largely shared by other officers. Other city employees are not so fortunate. They risk bullying and being ostracized if they wander from the radical leftist orthodoxy. Conservative city employees (yes, they exist) must remain “in the closet.”

Speaking of orthodoxy, Rantz mentions the “training” contains “10 ‘truths’ that must be accepted.” It’s a list of self-important, self-deluded items written in radical-speak. Meaning, normal people just don’t talk like that. Talk about a “racial landscape,” “a racialized society,” and “the legal and social construction of whiteness.” It’s like a warped social justice form of “playing house.” They make it up as they go along.

I don’t get to use the word gobbledygook as often as I’d like, even though there is so much of it around. So, check out this gobbledygook: The training “argues that a person of color suffering from this racist belief system engages in ‘self-defeating behaviors’ like ‘ethno-centrism [sic], anti-Blackness [sic], and [get ready…] anti-indigeneity.’”

If you just asked, “WTF?” Join the club.

Police officers of any race or ethnicity having to sit through this partisan political propaganda party is unethical. As Rantz concludes, if you (minority employee) don’t agree with the training, “then you’re considered self-hating” (whites are, of course, considered racist). And “The only way out of that cycle of self-hate is to adopt left-wing policies.” Conveniently, like those “you’ll learn at this training.”