Skip to content
Can Local Law Enforcement Prevent Another 9-11? 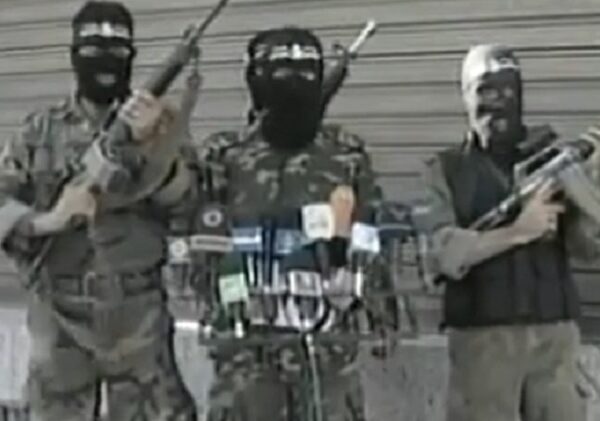 CNN analyst Philip Mudd was working for the CIA and assigned to the White House when hijacked commercial airliners were driven from the sky into American’s minds forever. Watching as the reports unfolded, Mudd remembers his observation repeated by almost every American: “I knew the world would change”.

Eventually moving from the CIA to the FBI as an analyst, he noted the difference between dealing with foreign suspects and domestic. Although never in local law enforcement, he recognizes the critical role they play in preventing violence. Speaking to the International Association of Chiefs of Police, Mudd is most worried about “a thousand tiny fires” from self-inspired home grown extremists bent on violence against American institutions.

Mudd learned in thousands of daily briefings that there was a transition from the threat of Al Qaeda and ISIS, that as those groups weakened, there was a rise of homegrown threats of violence from individuals radicalized through social media. Ethical and legal questions arise in gathering information about with whom an individual associates and what they say they espouse. Mudd reminded his audience that it is not illegal to be an extremist or radical. What matters is behavior that indicates a plan to use violence.

He reiterated the need to abide by the slogan “see something, say something” in gathering information about potential attacks. Officers and investigators need to see if financing is realistically available for an attack, whether there is access to weaponry to carry out an attack, and what means of communication is being used. Understanding the communication patterns can uncover any network of persons who are plotting violence.

Mudd used the analogy of cutting off the arm of a starfish compared to destroying a spider web. The starfish will grow a new arm, a destroyed web leaves nothing. As an example, he stated that although getting Bin Laden was important, the real success was in identifying the network and dismantling it. The same is true for drug cartels and gangs, except terrorism is driven by idealism from the top down.

The home grown terrorist stereotyped by the loner clacking away on the internet in the basement will have an emotional attachment to a movement, whereas members of a terrorist group are motivated by idealism and can articulate why they believe what they do that motivates them. The home-grown potential attacker won’t be able to clearly explain their beliefs, only that they have the right or obligation to use violence to “take back the country”.

In line with the priority to be concerned about behavior rather than speech or group memberships, Mudd advises law enforcement, parents, and school officials to watch for behavior changes in a young persons speech, changes in friends, changes in the way they dress, and increased isolation. Getting small bits of information over time is as important as getting the name of a ringleader. Like a kaleidoscope, Mudd said by way of metaphor, the picture comes into focus not so much from the big pieces of information but the small grains of sand.

Imminent threats that come to light must obviously be a priority in fighting terror threat. Finding out where operational, rather than ideological, leadership is will better enable law enforcement to intercept a threat. The goal is to stop people from engaging in violent behavior. The message law enforcement must send to the public and political leadership is that their efforts are to stop violent acts, not suppressing adverse political opinion and free speech. Political leaders must be guiding the law enforcement efforts with clear messages of expectation.

Messages from political leaders, Mudd passionately emphasized, is as important as anything in preventing violence. The message should be loud and frequent that violence is not acceptable in a democracy that ensures the right to vote, speak out, and run for public office. He hopes that young people are inspired to citizenship, but fears a lack of consistent ennobling rhetoric from leadership. A plot can be crushed quickly but changing the narrative that people are hearing takes much longer. He worries about messaging that says violence is acceptable.

A message I heard is that the message from political and social leadership to prevent violent uprisings and attacks must be that violence against the government is not acceptable as the first means of making change. Those who speak against law enforcement, and those who damage law and order by silence or damning by faint praise, are perpetuating the sparks for a thousand tiny fires.