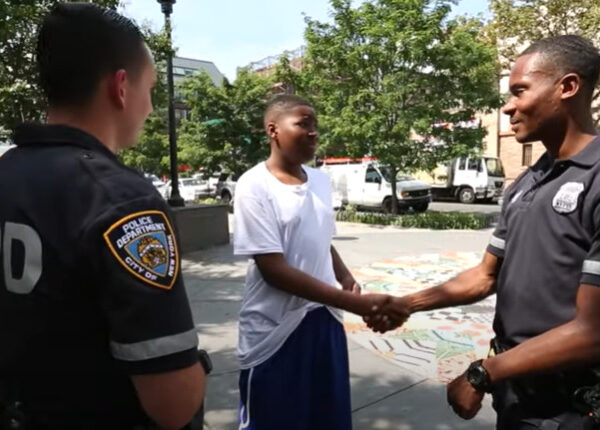 September 18, 2021, chaperoned “Thank a Police Officer Day” at a time in our nation’s history when everyday society is like chaotic and reckless bumper cars careening around, without an Off switch, and mounting casualties. On the aspect of galvanizing law and order in America, ghostbusters are not on the call list. Who you gonna call when situations go sideways or plummet abysmally? Police officers!

Undeniably, the last few years have been like one gargantuan onion dropping skins and compelling tears, resulting in newfound layers of pungency which do not necessarily jibe with everyone’s taste.

Among the confluence of contrarian opinions, views, practices, desires, freedoms, spats, rebukes, uprisings, etc., have been the guys and gals who make up the nation’s minority who swore to intercede in accordance with constitutional principles and peacekeeping virtues: Police officers.

The depth of diversity evolving with multitudes of impasses largely fanned by political pander and so-called wokeness which targeted severe reduction or outright abolition of the law enforcement institution remains turbulent in terms of the promise of a decent life, liberty, and the pursuit of happiness.

Thus, the Thin Blue Line, albeit battered and bruised and stress-fractured by the forces of the barky selfish anti-this and anti-that mouthpieces, repeatedly tolled, pulled through, and advanced toward the next malevolent messes.

In a jurisdiction near you, cops have gripped the justice wheel and, against the onslaught of invective, spit, glass bottles, rocks, Molotovs, sharp instruments, gun blasts, and target-seeking automobiles…continued to show up and show out the anarchistic activists empowered by leaders of the pack otherwise known as politicians—self-serving ones.

Upon seeing the first of several Thank a Police Officer Day announcements, my mind automatically conjured images of riot-geared cops donning helmets and face shields while perilously close to throngs of antithetical beings acting like voracious predators hell-bent on viral fame or upvotes or whatever minute of a mess the media salivates over.

The demeanor of law enforcement officers maintaining frontline posts where barricades served as objective lines in the sand readily disrespected by frenzied fallacies (ACAB) epitomizes resiliency and perseverance and determination and fortitude so integral to our justice system’s resolute guardians at the gates.

Call me sentimental or whatever, but in that vision I also see youngsters potentially witnessing their respective moms and dads suiting up and perhaps being cameo’d on national TV at any of the persistent “peaceful protects” showing anything but sedateness, their police officer parents being criticized and condemned for all to see. So sad. So scarring. So atrocious. So revealing.

We must glean from this the iterations/reiterations of brave souls who said Yes, send me! when fire-breathing dragons otherwise outed by statically anti-police noise posed mayhem and malice at the gates.

Well before today’s repugnant rants of anti-police vitriol were days of police support to sort of buffer against the ubiquitous dangers cops confront on the daily. Reverting back, one of the last duty days before medical retirement crept in entailed me backing out of my driveway in the police cruiser…my then-toddler son’s quivering lips evident and bittersweet in context of the role I was entrusted, in service to people I had yet to meet for the first time.

I tapped the brake pedal. I had him come over to my window. I reassured him everything would be alright. I suspect many police moms and dads heading out have done that a millionfold lately.

That is a staple factor for all police officers: The unknown awaits, yet confidence in training, intuition, and brother-sister officers at our hips serves to catapult beyond mission success and a safe return home.

Like other cops’ kids, seemed my son somehow, at a very tender age, grasped enough of the cop culture and its confrontations with unspeakable perils. That draws the specter of what schools taught back then versus the indoctrinations being throat-plunged today aka ACAB fallacies.

Indeed, human nature has varying layers and choices, differing viewpoints and/or indifference to it all. Just ask any cop; he or she garners the gambit of interactions among strangers reaching for resolution to matters miring the mind.

Without jest, my police career was the finest university I could have ever attended. And, albeit meagerly, I was stipend to attend.

Watching what my contemporaries are enduring in today’s ruckus of an environment where they raised their hands and swore “I do” to even anarchist naysayers…is nothing short of enriching. Knowing someone is there, will always respond, will somehow manage to take guff and decipher despite the noise, arriving at remedies for those who beckon in conflux of vulnerabilities…those are the guardians who deserve heaps of gratitude formally on Thank a Police Officer Day and every previous and forever days.