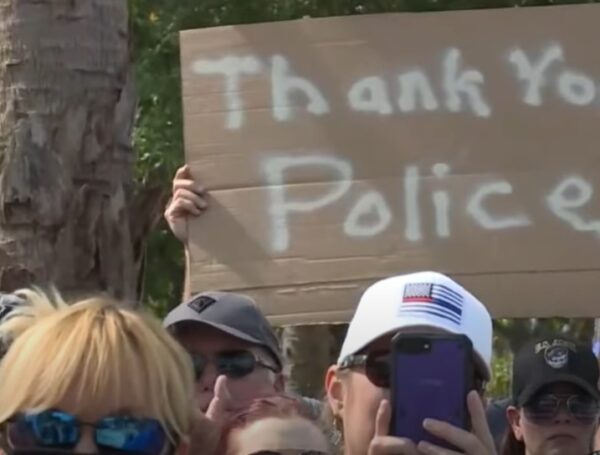 It seems that the rush to push through laws, policies, and budget restraints on law enforcement is hitting some snags.

In Minnesota where a city ballot issue is scheduled to go to voters in November to dismantle the Minneapolis Police Department, the state Supreme Court invalidated a portion of the ballot language. The court’s opinion did not deal with the substance of the issue but did say that some of the wording was misleading. It may simply be that the impatient police defunding contingent were so anxious to begin the deconstruction of Minneapolis law enforcement that they overlooked the laws requiring fair ballot language.

In a separate matter, another Minnesota court prohibited a new, restrictive use of force law from going into effect until an appeal can be heard from law enforcement organizations.

Meanwhile, the Minnesota Supreme Court has overturned a 3rd degree murder conviction of former Minneapolis police officer Mohamed Noor because an element of the charge requires a “depraved mind” that the court said didn’t apply in the Noor case. He still faces sentencing on a lesser charge of manslaughter. The ruling is likely to affect the Chauvin case in the death of George Floyd. Though the legal analysis can be complicated, the ruling may indicate the trend of overcharging police officers faced with prosecution in use of force cases.

In New York a grand jury refused to indict an officer who used what appeared to be a banned “chokehold” while arresting a resisting suspect in June of 2020. The grand jury proceedings are secret, but the officer’s attorney stated that the officer’s testimony was believed by the panel that the force was necessary and ceased immediately when the arrestee was safely handcuffed. There exists, then, hope that when the realities of a police officer’s necessary actions are heard by objective citizens the truth can prevail.

Chicago and Philadelphia are two major police agencies that have negotiated significant wage increases after long discussions. Other agencies have been adding COVID related bonuses, while still others are offering hefty bonuses in recruiting efforts. Many agencies have reinstated money to police budgets after hasty cuts in concession to defunding advocates.

In another development that should provide some relief to police agencies burdened by federal oversight, US Attorney General Garland has issued new rules for federal monitoring. When the federal government has reason to believe that a police agency is operating in a discriminatory manner, the agency faces costly and lengthy litigation. To avoid that, an agency may enter into an agreement in which federal monitors have tremendous power over the agency’s operation. The resulting effect can be onerous to the agency which suffers a loss of autonomy.

These consent decrees have had mixed results and big expenses. The effect on department morale can be harmful, and taxpayers can be billed millions in costs for the oversight, with no guarantee of when the process will end. Garland’s plan is to require training for monitors, reduce opportunistic billing, provide clearer end dates for the process. Federal oversight operations have lasted over a decade in some cities.

Police leaders have argued for these policies for many years. Interventions decreased under the Trump administration with Attorney General Sessions concern that the efforts are evidence of federal overreach. With the expectation that the number of federal interventions will increase under the Biden administration, the new constraints are welcomed.

These small victories provide a glimpse of encouragement to those who hold hope that the tide of anti-police sentiment will turn in the face of increased crime and disorder. For observers and practitioners of law enforcement – or anyone with a lick of common sense – predicted that the drastic and reactionary anti-police measures that swept the country would have disastrous consequences for ordinary citizens. As these predictions continue to come true, the political impact is being felt by the short-sighted proponents of weakening American law enforcement.

Hopefully, the voters will make elected officials who have damaged the rule of law by crippling its enforcement become unemployed or make better decisions for public safety.