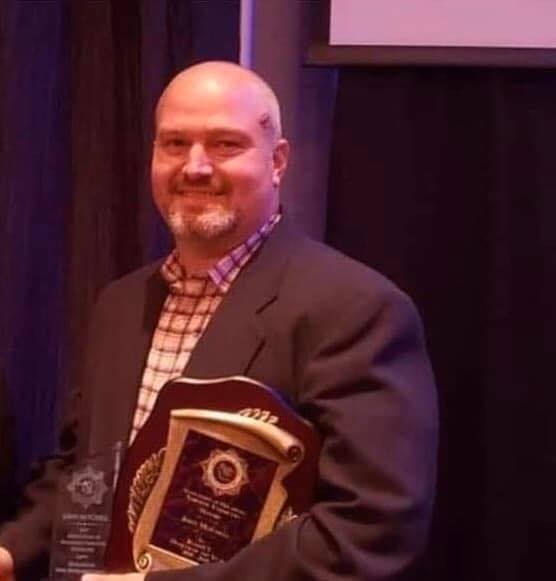 Here’s a quick update on the situation. A preliminary hearing has been announced on the We Stand By John Mitchell Facebook (FB) page. It is scheduled at the Noble County Courthouse, Perry, Oklahoma for February 18th, 2020 (and the 19th, if needed). Many people have expressed their desire to attend to support Lt. Mitchell. And aside from support from his department and the Oklahoma State Fraternal Order of Police, many Americans, including cops from across the nation are supporting Lt. Mitchell.

One thing that remains the biggest mystery is why is DA Hicks doing this? He may not care for police officers. He may not like how things happened during the incident. He may not like the results. However, “murder” is a legal term, that’s why not every killing is a murder. Apparently, leaving key exculpatory elements out of the evidence, Hicks persuaded a grand jury to indict Lt. Mitchell for second degree murder.

But, after watching the entire video of the incident and not just the less than three-minute clip looped on the news, an objective assessment of the video shows no murder took place—though the suspect sure was trying to.

It shows police officers trying to stop an active shooter. The cops committed no crimes at all. It only shows a criminal putting her community at risk, shooting at cops, and the courageous efforts of police officers who knew they had to stop her before she killed someone.

How the video was disseminated will likely come out, eventually, and it all may be kosher. But according to Law Enforcement Today (LET), on December 30th, 2019, Oklahoma City CBS affiliate News9 said they’d “asked for the dashcam footage from Blackwell PD ‘multiple times’ but never heard back.” Then they suddenly release it. LET points out on the video appears a graphic displaying the footage is exclusive, “Only On 9.”

Who leaked the video to News9? Was it held back? And, if so, for how long and by whom? This only adds to the already multiple lingering questions surrounding this spectacle.

The continuing and growing support for Lt. Mitchell is astounding. Aside from some obvious cop-haters, people from all walks of life are supporting Lt. Mitchell. I read one FB post that stood out. A person describing himself as a supporter of the police but with questions about this incident, dissected the story.

He included questions he had about the incident before thoroughly reviewing the newly released video and provided his answers after watching. He said all of his questions had been answered and in Lt. Mitchell’s favor. He said the only question he still had was why DA Hicks still wants to prosecute Lt. Mitchell for murder. Join the club.

Not only are supporters linked by their staunch support for Lt. Mitchell but also by their genuine bewilderment regarding DA Hicks’ apparent misuse of the criminal justice system to persecute Lt. Mitchell.

In the dashcam video’s audio, you can clearly hear the exchange between the first officer and Michael Godsey (pronounced Michelle). Talk about de-escalation; his life at risk, the officer showed the patience of Job, trying to get the woman to drop her gun.

The officer goes as far as to tell her, “I don’t want to put you in jail.” Godsey repeatedly tells the officer to “Get in your car and get down the road, now!” After about a minute and a half of trying to get her to drop the gun, shots are fired, and Godsey drives away. The officer announces on his radio that he’s “exchanged two rounds with her.”

Hey folks, you might not hear it on News9, but that’s something I like to call attempted murder of a police officer. Some cops don’t like that. At that point, as they say, all bets are off. If Godsey was willing to kill a police officer, is there anything she wouldn’t do? If attempting to shoot cops is not enough for you, she’d already shot at her own mother.

Does DA Hicks want police officers to agree the incident looks bad? Well, you got it. I’ve yet to see a use of force, especially deadly force, that looks “good.” Especially to the average person. But a district attorney should know better.

While he’s not a cop, he is an important part of the criminal justice system. DAs have access to information and resources the average person doesn’t have. And he’s supposed to be a partner with law enforcement in the process cops initiate when they must confront dangerous criminals.

I’d encourage everyone to look at this incident in its entirety and judge it critically. Ask law enforcement officers you know. Get their perspective. And don’t limit your review to just the actual shooting from last May. Think about what an inept or corrupt government official can do to a good police officer who was so obviously putting his life at risk to protect his community. Guaranteed, for everything you think was “wrong” about the incident, there is a good reason what Lt. Mitchell did was right.

Remember, it’s not about whether what Lt. Mitchell did that night is what “right” as opposed to wrong. It’s not what every officer would do. In fact, if you’d asked Lt. Mitchell about that scenario before it happened, he might not think he’d have done what he did. Every police response is situational with each officer receiving information from a unique perspective. But that is not the point.

The point is what that police officer did in that situation from his perspective. And no amount of Monday morning quarterbacking by anyone is going to change that. Well, unless DA Hicks can enter into evidence the apparent magic words he knows that would have caused Michael Godsey, at any point during the incident, to drop her gun.

But that’s not the way it works for cops these days, is it? Whenever a police incident involves a use of force, especially lethal force, according to anti-cop factions, it’s never the suspect’s fault. It’s always the cop’s fault for not divining that elusive universal de-escalation incantation. That one foolproof alternative to using force that police critics obviously believe exists but that every cop knows—from experience—doesn’t.