Skip to content
Are Police Fitness Standards Suffering or in Need of Review and Updating? 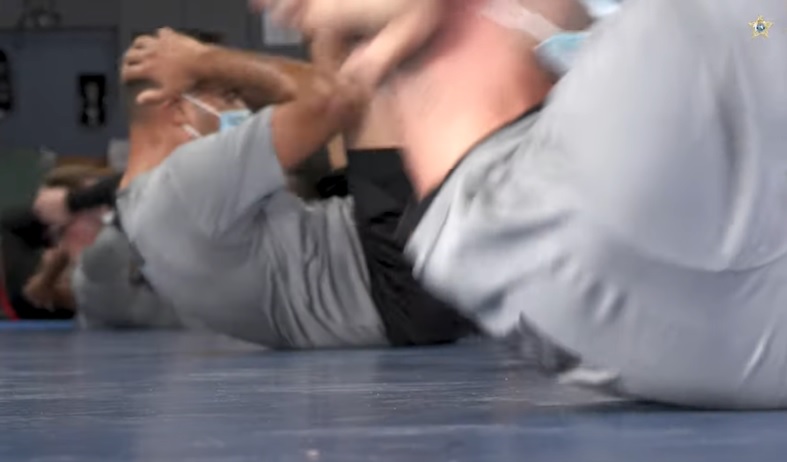 When engaged in police work, most physical exertion amounts to jogging your fingers around a keyboard or lifting a donut or coffee cup, right? As veteran cops know, police work is defined (as they say) by, “long periods of boredom punctuated by moments of sheer terror.”

And while boredom may dominate much of most officers’ days, no cop knows when that sheer terror moment might appear. But when it does, those moments may require officers to have a minimum fitness level to survive or save a life.

Some officers maintain a minimum and others an extraordinary level of physical fitness. But some political/police “leaders” seem to have lost interest in this important aspect of law enforcement training. The most capable officers are those who maintain their physical, mental, and emotional fitness. But some departments are too interested in political agendas to care about officer fitness.

Some city and law enforcement leaders want to reduce or even eliminate police physical fitness requirements. According to a recent story at Police1.com, a sheriff in Hamilton County, Ohio called for changing a rule where cadets cannot take the final exam to graduate from the academy without first passing a physical fitness test.

The test consists of timed “pushups, sit ups and 1.5-mile run.” So, while a cop might not have to routinely rely on physical fitness as often as other police skills, survival may hang in the balance when being physically fit becomes crucial.

And it’s not like Ohio cadets don’t have time to get fit if they want to. If they don’t, shouldn’t a community wonder if they really want the job? The Ohio Academy involves 740 hours of instruction, which is over 90 eight-hour days. That’s more than three months, not counting weekends, to meet this minimum standard.

The sheriff told the state’s training commission, “This is wrong, fix it and fix it today, now.” She feels the rule is wrong for the state and requested they change it “today.” The commission’s executive director pointed out academy rules often involve state law and change “can’t always be made on the spot.”

She said she was upset three cadets over three years didn’t graduate because they couldn’t pass the fitness test, including a class valedictorian. Ohio hopes to update the fitness standard policy in 2023. Another sheriff pointed out he couldn’t “meet the fitness standard in his age bracket…” and asked if other members could meet theirs.

That’s a fair point. However, this is about new officers. Also, should law enforcement aim for the lowest common denominator, as the comparison suggests, or should it aim higher than that?

Don’t the communities the new officers will serve have to wonder just how much cadets want the job if they don’t take it seriously enough to get into decent physical shape while training to become cops? And doesn’t a community have to wonder how serious any law enforcement leader is who doesn’t place physical fitness high on the list of priorities for police training?

Another problem is too many cop critics believe a physically capable officer is one who is more likely to abuse their authority according to the radical leftist mythology of police “hunting minorities in the streets.”

In a couple of Opslens.com articles I wrote on this topic in 2019, I said, “I don’t believe the two concepts are mutually exclusive.” I noted I’d spent a career trying to be both “and observing that magnificent dichotomy in my fellow officers.”

Now, officers may not be called on daily to perform physically, running to pursue a suspect or fighting to subdue a suspect. But when that time comes, officers should be, at least, moderately physically capable of accomplishing the mission. A lack of fitness could mean the difference between the officer, another officer, or a citizen going home afterward rather than to the hospital or medical examiner’s office.

But how much fitness is enough? For some, especially defensive tactics (DT) instructors, nothing seems ever enough. But they make it their mission to train often and train hard. It’s what they do, and they are devoted to keeping cops alive.

A cadre of some of the most accomplished police defensive tactics instructors make an excellent argument for total officer fitness in the essential film, Wrist Lock, which we reviewed at NPA. The film also features NPA National Spokesperson Sgt. Betsy Brantner Smith (Ret.).

Realistically, not all officers are able, interested, or have the desire to put in that kind of effort. Still, cops will never regret not training more than when they need it but don’t have it. So, again, how much training is enough? While we can’t get into all aspects of this issue, here, we can discuss one essential element.

Should there be a minimum level of physical fitness in law enforcement—for new and veteran cops? That makes sense, right? But how much training is needed is a fluid notion dependent on many factors?

If there is agreement on a minimum fitness level needed to perform basic police activities, then shouldn’t physical agility tests measure that and be the same for everyone attempting to qualify to do the job? Just asking the question.

Rather than tackle the various difference between human beings, age, size, sex, etc., let’s set a baseline using a warehouse employee. Say the business owner manufactures three packaged products. One weighs 10 pounds, another is 20, and the heaviest is 30 pounds.

At the very least, the business must require its employees be fit enough to lift a minimum 30 pounds, right? It would make no sense to set the minimum physical fitness level at any less than that. If you did, the 10- and 20-pound packages would be loaded or stored, but there’d be a bunch of 30-pound packages lying around.

Since there are so many officer types who work in a variety of circumstances for various-sized agencies, each agency/community will have to come up with their version of “lifting 30 pounds.” That’ll require research, discussion, and likely trial and error.

But it will also require some objectivity and common sense, which is a hard ask for people driven more by political ideology than common sense.