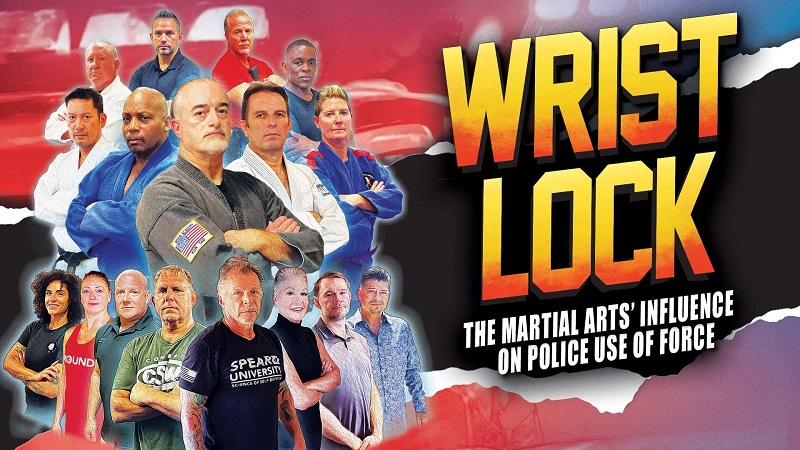 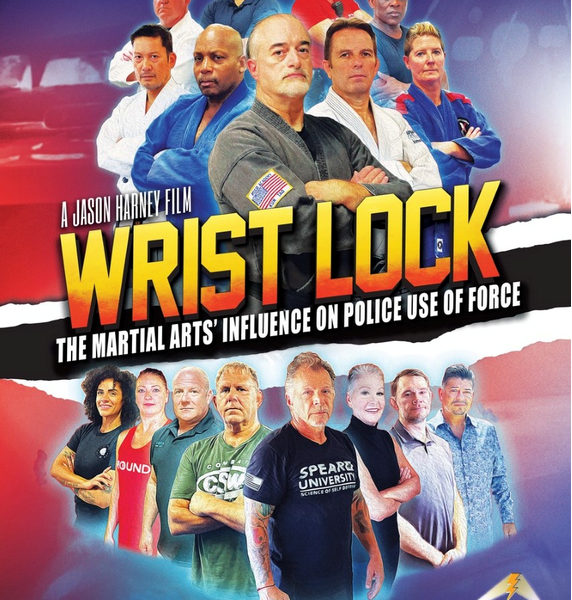 When I watched Jason Harney and Jon Gentile’s new documentary, Wrist Lock: The Martial Arts’ Influence on Police Use of Force,” about how the martial arts has influenced police training, my mind shot to city leaders like Minneapolis Mayor Jacob Frey.

Why? Because political leaders like him need to see Wrist Lock.

I wrote in 2019, “According to Blue Lives Matter, [Frey] has ‘banned the city’s police force from attending ‘warrior-style’ seminars.’” Frey believes cops must be guardians and not warriors. Wrist Lock shows people are best served when their guardians are warriors.

There’s a lot of information presented in Wrist Lock, but it’s spooned out in an entertaining and digestible way. The powerful music and visuals enhanced the production.

The film provided a comprehensive overview of many facets of martial arts training geared toward officer survival, including comprehensive physical and mental health. Officers can take away what they need—or not.

The instructors are all highly skilled in their various arts or fields and are mostly active or retired cops. Just watching Bob Hindi demonstrate the use of his Hindi Duty Belt shows his mastery. He said, “The job of a police officer is to survive and protect people.”

The instructors’ humility, skill, and devotion to teaching officers how to survive life-threatening situations is clear. The Wrist Lock mentors were respectful toward the various martial arts, emphasizing it’s more about the person than the art.

It reminded me of when my agency shifted from expert-to-student to peer-to-peer-based training. Our peer instructors, primarily officers, taught as fellow cops who still worked the streets but had more DT experience.

Sgt. Betsy Brantner Smith, a retired police sergeant and national spokesperson for the National Police Association (NPA), noted cops have to follow the rules; the bad guys don’t. She said cops, if they’ve trained, will either use the controlled brain or, under stress, will lapse into the survival brain that joins the bad guy with no rules. Bad guys sense the weakness a lack of competence and confidence telegraphs, and they’ll exploit it.

For cops, it’s optimal to train 2-3 times a week, but any amount of quality training is better than none. Mike Bland emphasized that to perform well on the streets, officers have to have experienced it (a fight) before—at least, in training. So, you know what it feels like to struggle against another human being—to hit and to get hit.

Wrist Lock also deemphasizes a one-size-fits-all approach. Individualize training when possible. And don’t only teach how but also why you’re doing a technique and why it works.

Base training on everyday situations cops experience on the streets. Also train officers to adapt to changing dynamics, mistakes or tripping, during incidents, so cops don’t panic.

A martial artist needs thousands of repetitions, practicing a technique, to be proficient. If an officer does the repetitions, confidence will increase. And Wrist Lock conveys that confidence and competence make an officer less likely to have to use force.

Training should be accessible with officers’ schedules busy in mind. This also applies to small departments where training is not as readily available. One possible solution is taking advantage of roll call time for training. Even one or two days a month could teach techniques that officers can then practice on their schedules.

For example, watching Wrist Lock in 15, 20, or 30-minute increments during roll call would be an excellent training opportunity.

For the most part, Wrist Lock avoided politics, which is probably prudent. However, several instructors mentioned there is public criticism of any officers’ use of force. That’s because uses of force, even when proper, can look ugly. People don’t know the first thing about police work. And, sadly, officials do little to educate the public. Wrist Lock can change that if enough people watch it.

Instructor Marcus Martin puts it very well. “Departments should not be approaching defensive tactics as a way to keep the legal community at bay or to avoid critical incidents. It should be defensive tactics for the sake of your officers. That’s where the emphasis should be. That we care enough about our officers that we’re going to devote time and money and effort into training so that our people come home every night.”

They discussed the martial arts and their benefits for stress management. The documentary expands beyond hand-to-hand combat and into exposing officers to stress management through specific stretching and breathing exercises.

Wrist Lock reported the obesity rate in police departments ranges from about 40 to 80 percent. Not overweight, obese. Another reality slap is unfit officers can be a liability for their fellow cops, if they can’t perform in life or death situations.

Cops’ high rates of heart attacks and lower life expectancy was another discussion. Like officers being 25 times more likely to have a heart attack than the average person. They encourage officers who are expected to perform as athletes to train like athletes physically, mentally, and nutritionally. My wife is a retired firefighter. Her department paid firefighters to work out on duty daily, and it was mandatory.

One of the most poignant stories was of Officer Alex Salazar. Early in his career, while off duty, he witnessed a robbery. He chased the suspect but heard windows breaking behind him. He turned and noticed several suspects breaking his car windows.

When he returned to confront them, six or so suspects turned and attacked, beating him. He broke away and drew his weapon, but as he backed into the street, a car struck him, causing severe injuries.

He said he returned to duty but was not the same. Though he is Hispanic, he said he became “racist” toward minorities because that’s who’d attacked him. He said he fell into heavy drinking, and his personal and professional relationships suffered. He received treatment for is physical but not his mental injuries.

Now retired, Salazar says he should not have been on the streets at that time. Due to the stigma of mental illness, he did not ask for or receive help. He said the department didn’t help. Salazar said he loved his department. But, as Sgt. Brantner Smith quipped, “Does your department love you back?”

Not paying attention to PTSD and other mental injuries can lead to officer burnout or worse. Wrist Lock notes that in 2019, 147 cops were killed in the line of duty. However, 228 committed suicide.

Wrist Lock concluded, changing police training culture toward maintaining well-rounded, capable officers, competent in multi-faceted skills necessary to thrive as cops and as human beings is “a monumental task.” But it’s worth it, and Wrist Lock’s efforts to demonstrate how using martial arts to accomplish this goal is more than appreciated. It’s necessary.