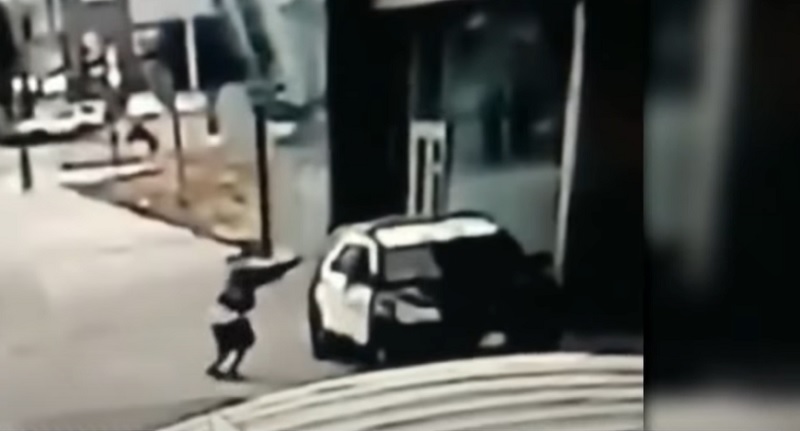 Recent statistics indicate that ambushes against police officers have increased dramatically (over 90% in one study) in the past few years.  Shootings of all kinds of police are up at least 20% this year and non-fatal injuries are not often included in such reports.

Police officers are well aware of the dangers when responding to calls involving fights and weapons. They know the statistical dangers of making car stops, responding to assist other officers calling for backup, and crimes in progress. Increasingly they have to maintain the same posture of vigilance just sitting in their patrol cars, responding to fires, and grabbing a bite to eat.

Ambushes are either an entrapment or spontaneous. Entrapment ambushes are planned by the perpetrator to lure officers into a surprise attack. Spontaneous ambushes are crimes of opportunity where a person has a predisposition and the means to attack a police officer who has the misfortune of encountering a killer with no warning.

In one of many cases where police were fired upon while in their cars a Federal Way, Washington officer in a marked patrol car was fired on from another vehicle while stopped at a traffic signal in September of 2021.

In February, Phoenix police were at the scene of a domestic disturbance and were invited into the apartment when suddenly shot by the resident who had shot a female. At one point an infant was placed outside the doorway of an apartment. When officers approached to rescue the child from the incident, shots again rang out. Nine officers were hurt in the incident.

The summer months have been dangerous this year.

In an attempt to serve a protection order on a domestic violence suspect in eastern Kentucky in June. Three Kentucky law enforcement officers were killed with the suspect fired from inside the home.

In June, two police officers from El Monte, a suburb of Los Angeles, were shot and killed while responding to a motel disturbance. The attacker fired on officers from a balcony into the parking lot as the officers approached.

Also in June, a Naperville Police officer was on a traffic stop when a man unrelated to the contact approached the officer to attack him with a hatchet. Fortunately, in this case, the man was shot by the officer before he was able to complete his attempted murder.

In July of this year, Rochester New York officers were fired on while sitting in an unmarked car in a plainclothes assignment. “Officer Mazurkiewicz and his partner, Officer Sino Seng, were attacked in a cowardly ambush and fell victim to the very violence in our community that we are trying to combat”, said Rochester Police Chief David Smith. Mazurkiewicz died in the attack.

In Chicago in July, officers were getting ready to exit an elevator to check on a disturbance call and were immediately met by gunfire. One Chicago police officer was critically wounded. Also in July a Detroit officer was shot and killed through an upstairs window while arriving at a call before he even got out of his patrol car.

Three officers were shot responding to a call at a residence in HALTOM CITY, Texas in July. While still down the block approaching the home of a man suspected of shooting a neighbor, the suspect fired, spraying bullets in the officers’ direction and leaving bullet holes in homes and cars in the area.

Other infamous cases include four officers murdered while meeting over paperwork at a restaurant in Lakewood, Washington in 2009. In 2014 NYPD officers Wenjian Liu and Rafael Ramos were sitting in the patrol car when a man who had traveled to the city with the specific intent of killing police officers stepped up to the passenger side window and began shooting. Five Dallas police officers were murdered and nine others were injured at a protest march where officers were providing protection for the event.

The reality for today’s law enforcement officers is that there are few safe places. In a patrol car, stopping for coffee, helping change a motorist’s flat tire, and even in the driveways of their own homes and parking lots of their police station have all been opportunities for killers to attempt to kill. A constant alert is the only path to survival.