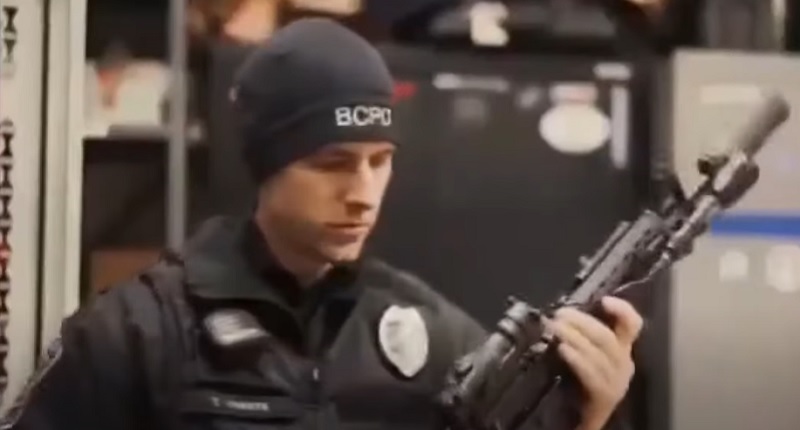 I recently went for my annual eye exam. I should have asked the optometrist if I have suffered any permanent damage from rolling my eyes so much.

Brooklyn Center, a suburb of Minneapolis, posted a recruiting video on its website that has raised the ire of a few dozen citizens, some of whom actually live in Brooklyn Center. The video is an action-packed invitation to join the crime fighters of Brooklyn Center. With scenes of officers mounting up for duty, weapons ready, to the tune of some hard-driving music, the voice-over talks about the challenges of the job. It ends with a video of an armed suspect being stopped. It’s a video of police doing police work in all of its offensive glory. If I were a young person thinking about a career it would definitely grab my attention.

The ghost of George Floyd is all over Brooklyn Center, as is the fresh memory of an officer firing her service weapon which she mistook for her Taser while subduing a resistive driver at the end of a pursuit. No question that was tragic and will remain a stain on the department for the foreseeable future and beyond.

Another suspect death seems much more forgivable but anti-police narratives faulted officers. Officers were called by the grandparents of an emotionally distressed relative in their home in fear of the subject. According to prosecution reports, “the four Brooklyn Center police officers who initially responded to the scene used de-escalation tactics and seemed to have calmed down (the subject). Even when he sprang from his chair, grabbed a knife and attempted to stab one of the officers, three officers fired their Tasers, with no effect. Then, and only then, did they fire their guns” and “Both officers saw (the suspect) attempting to stab (an officer) with a knife,” according to the prosecutor’s report. “Officers attempted to subdue (the suspect) with tasers to no avail. With all less lethal options exhausted, officers were justified in resorting to deadly force.”

After the recruiting video was released, several citizens stated that it was “triggering” and full of “police propaganda” and that the video did not reflect the diversity of the community which is 67% black. The video ends with the challenge “be the change”.

As a critical part of the democratic experience, the law enforcement structure in the U.S. is intentionally local. Rather than an oppressive central police agency affiliated with the military as is the model around the world, local governments form their law enforcement agencies. It is the people of the area served – whether state, country, city, or special districts – who determine what their police agency should be. This is usually left to elected and appointed officials whose specialized knowledge and accountability to voters make choices in the best interests of their constituents.

So the question for Brooklyn Center is whose voice do they listen to in their recruitment efforts? Certainly, every voice should be heard. There may be merit or a kernel of truth in even extreme views. But the silent are often those who need to be heard the most. One must wonder if wholesale policies and strategies should change because fifty people show up at a city council meeting. And how many of those protesting Brooklyn Center’s video are residents of Brooklyn Center? Reports on the objections cite people and groups who may have an interest in police reform but don’t have to live and work in Brooklyn Center. It’s entirely possible that a significant majority of residents would be very happy to have crime fighters hired for their police department. Perhaps when they see these images they see men and women headed toward a danger no one else cares to face. That the final scene of the video showing a man with a gun call resolved by an arrest and the seizure of the weapon might be greeted with applause. On the other hand, perhaps the citizenry wants clips of officers playing basketball with neighborhood kids, petting puppies, doing lip-sync dance moves, and weeping along with a homeless person.

The reality is that all of those soft compassionate skills are going to be part of those who are inspired to do things that make people safer, not merely feel better about themselves. Officers who arrest armed criminals are the same officers who can cradle a child, comfort a crime victim, care for a lost pet, and counsel a suicidal person. Of course, a few minutes of video cannot portray all that an officer will be called upon to do, but recruits deserve to know about the hard things. As BCPD Chief Kellace McDaniel, while responding to the criticism, said “Guaranteeing safety and security is the main thing we do at the Police Department.”