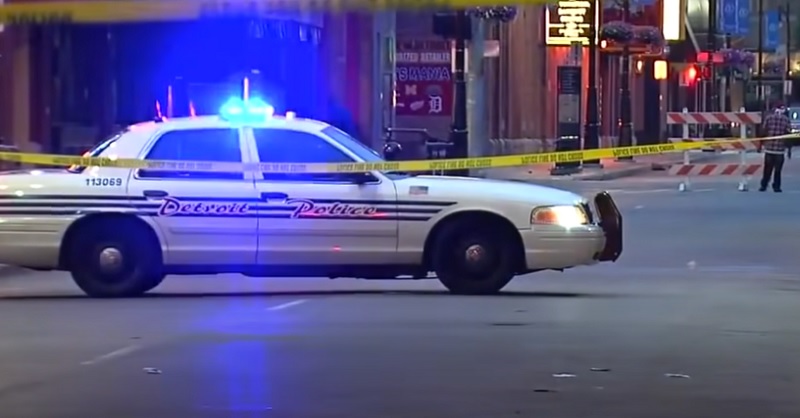 This is getting scary—really scary. Some people think the police staffing crises across our nation will somehow resolve itself, and things will go back to normal. That will not happen because it cannot happen. The damage has been going on for too long and is too severe. Major city police departments are down hundreds of officers, and the reality is there is no way to replace them quickly and maintain the quality of personnel.

Even then, the officers replacing the departing veterans don’t have the same amount training and not nearly the experience and won’t for many years. Communities will eventually resolve this but not before many years, maybe decades or more of struggle, even with a political change to a more pro-police political establishment.

And if cop critics wanted a “better” police department, they missed the target—huge! It takes a long time to hire cops and get them on the streets. Batteries of tests, including physical fitness, academic, aptitude, psychological, and medical. Then there are the background checks and polygraph examinations. Very few occupations have potential employees endure this gauntlet during their hiring processes.

Without returning to allowing cops to do their jobs, there are very few ways to “fix” the situation quickly, which is not a true fix. Jurisdictions will have to lower hiring standards across the board (which is already happening) and reduce the amount and quality of training recruits receive. But that’s not the blueprint for a “good” police department. It’s the opposite.

I suppose they could request deploying National Guard troops. They are great, but most of them are not trained for law enforcement. And it’s not likely they could be deployed for the years it would take—although, I can see some jurisdictions trying to do that—or being forced to.

My agency, the Seattle Police Department (SPD) (from where I retired), is short-staffed by many hundreds of officers. Someone recently told me the SPD only had four recruits in a recent state police academy class. I was told, after the lengthy hiring process and a six-month academy, before any of those officers could even hit the streets, other local agencies poached all four officers.

That phenomenon used to happen in reverse when smaller agency officers wanted to eventually work in Seattle.

The other agencies offered them prominent perks: a significant signing bonus (I heard $15K)—and they emphasized the most important benefit: We’re not Seattle.

So, even when blue jurisdictions find qualified candidates, they can’t get them to work there. That’s what happens when the people who hire you think, at best, you are a necessary evil or, at worst, hate you.

You probably see a lot of reports on TV news and read newspaper articles about what it’s like for law enforcement agencies in the anti-cop atmosphere existing in too many places. But you rarely hear about the gritty reality faced by cops from those working in police departments. So, here’s a bit of reality from a person who knows what cops are dealing with, firsthand.

A recently retired cop texted me about an email he’d gotten a few days ago from a current police dispatcher he knows:

We had seven people shot last night between the hours of 11:00 p.m. to 6:00 a.m. Some of those people got shot with a rifle. The youngest victim was 14, a girl who just left a concert with her 16 year old sister.

The other one was a transient standing at a bus stop at 3 Ave South and South Main Street, a couple of them were fatalities. We had one shooting at the south side of Mariner Stadium [T-Mobile Park] and 90 shots were fired on the south side – the stadium now has a lot of bullet strikes.

Possibly a random car with a rifle based on that transient shot who was doing nothing at the time.”

And this was from the week before

Seattle broke the record last week for the number of shootings we had in one week – We had 26 shootings. Three of those were fatal in just one day.

According to My Northwest, Interim Seattle Police Chief Adrian Diaz said, “From 2020, the Seattle area has seen a 100% increase in shots fired [incidents].”

That’s true. Back on July 11th, 50 shots were fired during a concert at a community center in Seattle’s south end.

But, in a bold response, the chief let the thugs know, in no uncertain terms, “This is not okay.”

They’re not Chicago-level numbers, but the Windy City has two million more people than Seattle, so….

Even officials in leftist cities that once declared their support for defunding the police are now complaining about the police short staffing crises—that they helped to create—and many now claim they never supported in the first place. Many political officials openly supported anti-police BLM and Antifa militants and their destruction.

Jacob Frey in Minneapolis and Portland, Oregon’s Ted Wheeler are another two ideologically corrupt, inept political officials who come to mind. And there are the various city councils, such as in Seattle, with members who casually call police officers “murderers.”

I believe if Frey had chosen to have officers protect their, still abandoned, 3rd Precinct (a monument to the 2020 radical leftist insurrection), much of the destruction that followed across the nation might not have happened. If he had acted responsibly, many follow-the-leader leftist officials might have taken more reasonable and forceful actions to protect their communities from these violent criminal militants.

Then again, acting responsibly would have deprived former Seattle Mayor Jenny Durkan of reigning over a bloody “Durkanistan” (CHOP/CHAZ) or proclaiming her “Summer of Love.”

Incidentally, amid the outflow of cops, intentionally making the staffing crisis worse, in an utterly insane de-policing move, these same cop-hating officials participated in a Gov/Mayor purge of “unvaxxed” police officers—during a police shortage crisis.

What kind of people do that? The kind who are desperately attempting to complete a cultural revolution, which, as we have seen with our own eyes, includes destroying traditional American law enforcement. You know… the kind that lowers crime, not increases it.