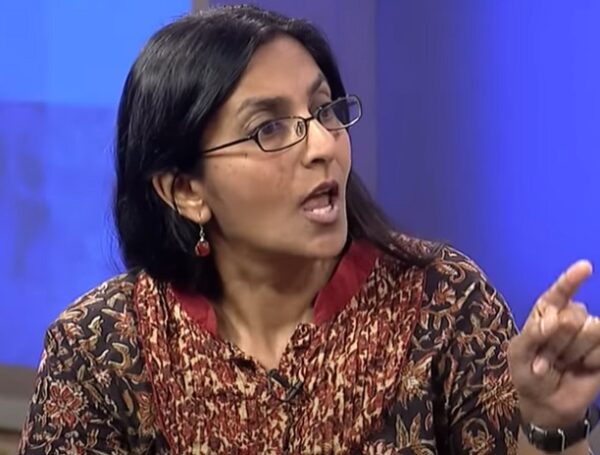 The political atmosphere in the U.S. currently pits nearly every government, social, civic, and cultural institution against conservatives generally and specifically against law enforcement officers.

Even when cops attempt to push back, using the political system as designed for redress, many leftist judges prove they are “referees” playing for the other team, ruling a city councilmember who called officers murderers wasn’t talking about the officers who shot the suspect.

I mean, when two officers are forced to shoot and kill a suspect, are then cleared by an ultra-leftist county prosecutor, and a city council member still publicly accuses “the police” of murder, who else could she possibly be talking about? How obtuse would a judge have to be to rule the councilmember was not necessarily referring to those officers specifically because she didn’t “identify them by name?”

But everyone knew those cops were the ones who shot the suspect. And the judge knew that.

But, every once in a while, even cops get good news.

According to The Seattle Times, a 9th Circuit Court of Appeals three-judge panel “will allow two Seattle police officers to proceed with their lawsuit claiming that City Councilmember Kshama Sawant defamed them when she publicly called their 2016 fatal shooting of Che Taylor ‘a blatant murder at the hands of police.’”

Just to refresh you, Sawant is the shrill openly socialist (and demonstrably Marxist) city councilmember who said workers should “take over” Boeing and convert the factories to make buses instead of planes (no, she really did). She told KIRO 7 News, “We can re-tool the machines to produce mass transit like buses, instead of destructive, you know, war machines.”

MyNorthwest.com reported, during the violent, destructive leftist riots of 2020, “Socialist Seattle City Councilwoman Kshama Sawant is pushing a conspiracy that cops have instructions to attack peaceful protesters, pushing them into riots. It’s not just a vile and baseless claim. It’s dangerous. Unfortunately, Sawant’s lie is more likely to seriously injure or kill a cop.”

This is why the 9th Circuit panel’s ruling is so important. Reinstating the claims of Officers Michael Spaulding and Scott Miller, their case will be back in district court in Seattle/King County.

Judge Pechman had dismissed the officers’ case in December 2020. She essentially ruled the officers hadn’t shown Sawant’s remarks, calling them murderers, specifically concerned them. She seems to have based her decision on the councilwoman not specifically naming the officers while she railed against the Taylor shooting during a demonstration outside Seattle Police Department (SPD) headquarters.

They ruled, “While Sawant didn’t name them, the officers’ family, friends, colleagues and members of the public ‘knew that [the] Plaintiffs were the officers involved in the shooting’ and ‘plausibly… understood that Sawant’s remarks were directed [at them].’”

Unfortunately, the panel rejected the officers’ request the case be sent to a different judge. It’s understandable the officers would be reluctant to again face the judge who appears so unwilling to acknowledge Sawant’s obvious intent to malign them.

However, no one can be sure about anything with how politicized courts have become. At least, the panel’s “hand-slap” might have Judge Pechman thinking a little more carefully about the defamation accusation and, perhaps, reflect on any bias she may have against the police officers. Judge Pechman has a history of tossing out lawsuits important to the city’s cops.

Regardless, this was very good news for cops, not just in Seattle but across the country. No one knows, especially in Seattle, how this case will ultimately turn out. However, it may at least make other city officials think harder before they callously, and routinely, call cops murderers, which happens far too often, these days.