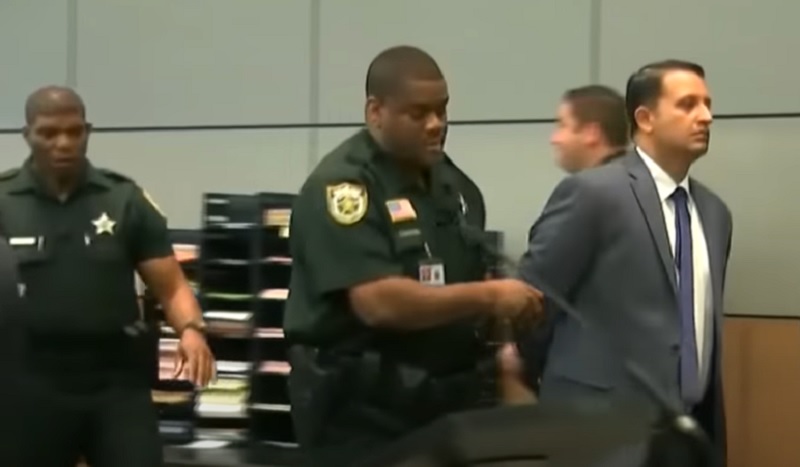 Podcast host Todd Herman, The Emerald City Exile, often referred to the Washington State Supreme Court (WSSC) as the “Seattle Supreme Court.” Not only because of from where the justices hail but also from where their ideological purity comes. Seattle’s toxic fountainhead of Critical Race Theory ideology and activism.

We see proof of this in the recent court ruling that, according to The Seattle Times, says, “Race must be considered in determining legality of police stops and seizures, WA state supreme court rules.” Said another way, they have determined Washington State cops must surrender their integrity to Critical Race Theory when doing their jobs.

The court determined that “police have seized a person if an objective observer would conclude that the person was not free to leave or refuse a request.”

Okay. That seems reasonable, but the court doesn’t stay in the reasonable. Instead, it soars off into the stratosphere of the irrational. Asserting it is “clarifying state law,” the justices believe they can read an officer’s mind to determine what he was thinking during the incident they ruled on. They apparently concluded the Tacoma police officer was a racist, had racist thoughts, and took racist actions.

Justice Mary Yu wrote for the court, ‘Today, we formally recognize what has always been true: In interactions with law enforcement, race and ethnicity matter.’”

In other words, all cops are racist. Is there another way to interpret her comment?

They even deployed CRT language when “the court wrote, that [an] ‘objective observer’ must be aware that discrimination and biases ‘have resulted in disproportionate police contacts, investigative seizures, and uses of force against Black [sic], Indigenous [sic], and other people of color.’”

Meaning, cops must process traffic stops through a CRT (social justice) filter because, in adjudicating the officer’s stop, the state’s courts will now be doing so. This is insanity. CRT is poorly disguised leftist propaganda pretending to be a legitimate part of whatever it is trying to infiltrate. Religion, Family, Education, Media, and Law.

And it’s not just the ruling alone that is alarming, but that it was unanimous. Not one justice feels it’s inappropriate to apply such blatantly politically partisan parameters to the law. Applying Critical Race Theory, or as James Lindsay refers to it in his book of the same title, Race Marxism, the state supreme court’s ruling is a callous, undeserved insult to all law enforcement professionals in Washington State.

In Lindsay’s book, he discusses CRT’s goals in usurping the classical liberal (liberty-based) approach to government, including its criminal justice system. CRT acolytes want to eradicate the notion that individuals matter, are innocent until proven guilty, and must be tried according to evidence and equal justice.

Lindsay lists the aspects of traditional American society and culture that CRT must seize in order to implement race Marxism:

With a “special emphasis on education.”

Here, we’re focusing on law, where the highest state law comes from its supreme court. Every single thing the justices decide affects cops across the state. Even if individual agencies are unsuccessful in forcing the CRT indoctrination of officers, how can cops avoid the supreme court’s rulings when conducting their duties?

Elections have consequences. But lies do too. The court is lying to people. They insult cops by calling them racist and then lie about why racial disparities may exist in enforcing the law—if they exist at all.

FBI statistics show irrefutably officers are not hunting and shooting BIPOC folks in the streets. Many have debunked this lie, but the left continues to repeat it. And, if there are racial/ethnic disparities, like CRT indoctrinators emphasize without critical thinking, nothing other than racism may be considered. They never explore the facts behind any disparate crime rates among racial/ethnic groups, which explain the disparities.

It’s simple, really. If one racial, ethnic, age, gender, or whatever group commits more crime, it will be disproportionately represented in the enforcement and arrest statistics. This is objectively not a matter of racism. But social justice warriors will hear none of that. It’s makes too much sense and doesn’t further the CRT narrative.

CRT advocates, such as the “Seattle Supreme Court,” don’t go into the impact of fatherless homes or how the educational and criminal justice systems don’t hold individuals responsible for their bad behavior.

We know the left’s lack of gun law enforcement is true because whenever a gun-rights supporter brings it up, the response from the leftist gun-grabbers is an eerie silence. If they do hazard a response, they reach into their basket of nonsensical cliches to launch another toothless assault on reason.

Well, since the left is so good at the “nonsensical cliches” thing, here goes. It’s way past time to take the gloves off, as the NPA has done, producing public service announcements, publishing books and articles, and filing amicus briefs in American courts wherever they can help good cops do their jobs better.

While cops have sworn oaths to uphold the Constitution and to serve and protect their communities, they must also be wary of CRT indoctrination disguised as law enforcement training.

Officers must continue to do their jobs as their oaths dictate and consciences allow. But they also need to understand CRT is not just another political philosophy that competes with others on an equal playing field.

Imposing CRT in academic curricula, corporate policies, police training, and legal decisions is part of a conscious effort to transform our nation, states, and institutions, including out law enforcement agencies, into the tools of a single-party system saturated with activists who hate cops.

It’s bad enough when the activists exert control over religion, family, education, and media. But if they take control of the law, what does that mean for traditional policing in America? Still, they’ll need one more critical thing even after making bad law as the Washington State Supreme Court has just done.

It’s only when the anti-Constitution forces have seized control of the cops, the tip of the spear they’ll need to implement their socialist laws, that they can take control of society. Cops and law enforcement groups need to work, using every legal means available to prevent this from happening.

The Washington State Supreme Court has taken a gigantic step away from constitutional law. But we can thank God these justices are elected and not appointed. Now, it’s time to for the electorate to do its job.