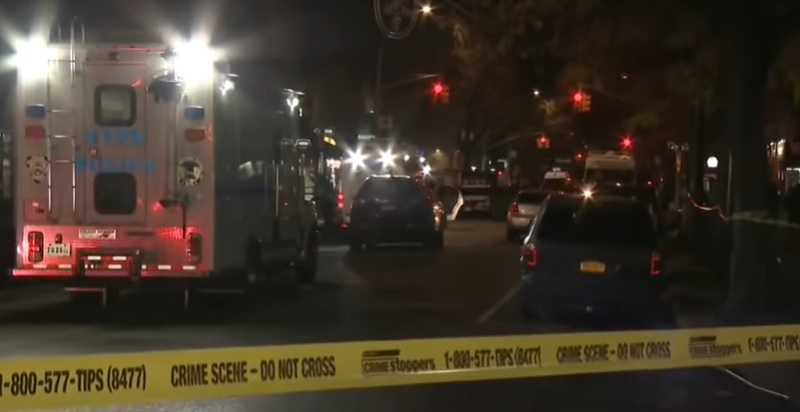 When I heard the story resurface about some mounted U.S. Border Patrol agents supposedly “whipping” Hattian illegal immigrants, I wondered why. Hadn’t that been resolved? Nope. The Biden administration cannot be wrong—especially about rank and file law enforcement at any level. Those “stormtroopers,” as Nancy Pelosi referred to federal agents, must be taught a lesson. So, let’s look for something.

After all, they made the administration look wrong when Biden et al. condemned the agents. But the agents did something unforgivable. They’d done nothing wrong. And won’t be tolerated. So, as Joe Biden promised, he’s going to punish those CBP agents for…, for…, well…, apparently, for nothing.

This is disgusting. Every single American citizen should be extremely upset about this. This is a president using his executive authority to go after individuals. He wasn’t able to get them criminally because that’s out of his purview. He can’t control what a jury would do, but he can control the administrative process. These are executive branch employees – the Office of Professional Responsibility. They fall under the executive branch. Because of what the president said, these investigators had no choice but to find some sort of wrongdoing. And I promise you, we will vigorously defend these allegations against these agents. We know that they did nothing wrong. We know that it was a powder keg. We know that they were sent there to do a specific job, and they did that job. Now they’re coming back to be vilified. This is President Biden using his political powers to go after what he perceives as political enemies. That should never happen in this country. [italics original]

Law Enforcement officers across America, at all levels, local, state, and federal, are being similarly punished and, worse, fired or even tried in court for having done nothing other than the difficult jobs their country, states, and communities ask of them. Despite this, cops still perform at the highest levels, serving people, bringing predators to justice, and saving lives.

A recent example of cops risking their lives to save people happened a couple of days ago near Dallas, Texas. According to Duncanville Assistant Police Chief Matthew Stogner, at about 8:45 a.m. in a gym where some 250 children, “some as young as 4,” were enjoying a day camp, an armed man entered the lobby and fired a shot.

NBC DFW reported, “Naomi Rodgers, an 18-year-old camp counselor… was about to play a game with a group of 40 children in a classroom when the first gunshot rang out.” A fellow camp employee came into the room and told her about the active shooter.

Rodgers, who locked herself in the room with the children, said the shooter came to the door and told her “if we didn’t let him see who he wanted to see, he was going to shoot the place up.” She said the suspect then fired at the door, shattering the glass.

Reportedly, the suspect left and entered the gym occupied with children. But before he could shoot anyone, officers arrived and engaged the suspect. During the gun battle, police shot and killed the suspect. No officers, camp staff, or children were reported injured.

Mayor Barry Gordan mentioned to WFAA News that DPD officers had recently gone through active shooter training. Gordan said, “Our officers did not hesitate. They did what they were trained to do and saved lives.”

That is what cops do. But, tragically, law enforcement officers are also still paying the ultimate price (in increasing numbers) to protect communities who appreciate them but who often elect politicians who don’t—like George Gascon.

In El Monte, California, in Los Angeles County, according to CBS News, “2 police officers [were] ‘essentially ambushed,’ shot and killed…” on Tuesday.

Mayor Jessica Ancona described the incident as an “ambush.” She said, “As our officers do on a daily basis, they were acting as the first line of defense for our community members when they were essentially ambushed while trying to keep a family safe.”

Cpl. Paredes leaves behind his wife, son, and daughter. Ofc. Santana “is survived by his wife, daughter and twin sons.”

On arrival at a reported “boyfriend and girlfriend” domestic violence stabbing at a motel, the suspect immediately opened fire on the officers. Reportedly, the officers died at the scene. The suspect was shot and killed by police.

NBC Los Angeles later learned, “The man who police say murdered El Monte Police Department officer Joseph Santana and Corporal Michael Paredes at a motel Tuesday afternoon was on probation at the time for being a felon in possession of a firearm, court records and officials confirmed.”

Records showed that in February 2021, a court sentenced the alleged shooter, Justin William Flores, 35, “to 20 days in jail and two years probation….” What was his charge? “[B]eing a felon in possession of a firearm.”

Why only 20 days and probation for a violation of an “existing gun law?” Why? Because LA County DA George Gascon—that’s why.

I just ran a brief gamut of various recent law enforcement experiences from disciplining U.S. Border Patrol agents for doing their jobs, to municipal cops in Texas risking their lives to save children’s lives, and, finally, to two California police officers who made the ultimate sacrifice to protect the people they serve.

I was recently reminded of just what a close family American law enforcement—at all levels—is. It was a small matter, but I was proud of the supervisors and officers who’ve managed—somehow—to remain at the agency I retired from, the Seattle Police Department (SPD).

Among us retired SPD was a retired U.S. Customs and Border Patrol (CBP) agent who lives in the Seattle area. Though it didn’t surprise me, but it was wonderful to see, was how our range sergeant and the officers on his staff treated the retired agent exactly the same as any SPD retiree.

Because we no longer wear uniforms, based on how he was treated and watching the banter among us, any outside observer would never have known he was a retired federal cop and not SPD.

This above final observation is just a small part of what it’s like to be a law enforcement officer in America. It’s not just a community but a true family. It’s something people such as politicians like George Gascon, who coddle criminals while constantly on the hunt for wrongdoing by cops, often inventing it, are incapable of understanding. And they are so much poorer for it.