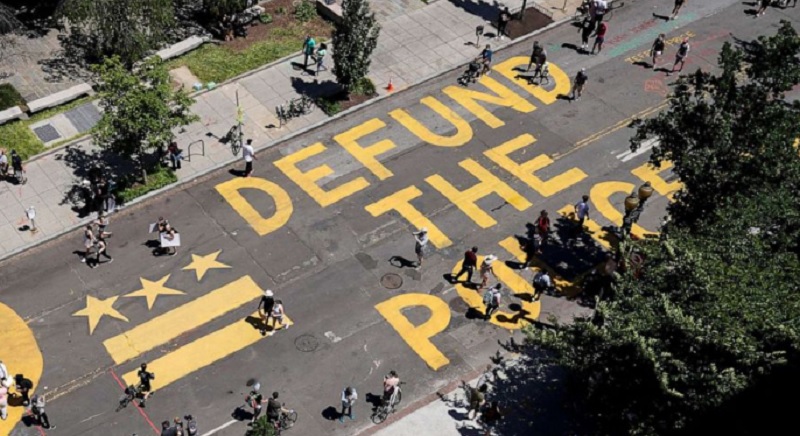 They say (yes, those they) people will get the law enforcement they deserve. This analysis refers to voters who keep electing candidates who work against their public safety interests but find themselves mystified that crime is getting worse. Curiously, with crime increasing at alarming rates, voters in many places just reelected anti-police candidates.

According to Forbes, some 88 percent of Americans from a Monmouth Poll in July 2022 said they believe the country is on the wrong track, including crime fighting, but they re-elected politicians driving on that anti-law and order track.

Back in D.C., the city council recently voted unanimously to overhaul the city’s criminal code primarily to the benefit of criminals and the detriment of residents and cops.

Again, people in Illinois and D.C. voted in politicians who actively work against the people’s best interest. Confoundingly, this damage is self-inflicted by voters who elect anti-cop politicians and/or refuse to urge their leaders to investigate and mend unreliable election systems.

Smarmy Pritzker, when asked about the so-called Safe-T Act, which, with “bail reform” alone, essentially allows suspects to go free on a promise to show up for a court date, retreated to false equivalency.

Pritzker would rather you believe a virtual fairytale he offers as the norm. FOX 32 News reported the governor said, “Making sure that we’re also addressing the problem of a single mother who shoplifted diapers for her baby, who is put in jail and kept there for six months because she doesn’t have a couple of hundred dollars to pay for bail.”

Hey, NPA’s Sgt. Betsy Brantner Smith, a retired Illinois cop, if you’re reading this, please look up how many mothers have been arrested for shoplifting diapers and then were tossed in the clink for six months.

I mean, I had at least dozens per week during my over two-decade career. Oh, wait… my math is off a bit. Yeah, I had zero arrests under those circumstances.

That’s so disingenuous it punches even the notion of intelligence right in the face. But Pritzker argues, “that’s what the Safe-T Act is all about.” That’s just stupid, just like he believes his voters are. These “reforms” are about allowing career and violent criminals to evade justice repeatedly, so they can continue preying on law-abiding people.

In D.C., every city council member voted to “overhaul” the city’s criminal code. The current code was written in 1901, so some changes are likely worth discussing. But, should anti-cop activists exploit an opportunity to change laws just so they can enact “woke” law enforcement “reform?”

Of course, not. But it looks exactly like what politicians are doing. You can tell something’s toxic about the changes when even lefty D.C. Mayor Muriel Bowser and Police Chief Robert Contee express “deep concerns” about the proposed changes.

The changes will alter the prosecution’s charging dynamics, reducing the severity of many offenses, including for gun crimes. Simultaneously, these lefty anti-gun rights folks advocate for more gun control laws that affect mostly law-abiding gun owners, while they are weakening existing gun laws that affect criminals who commit actual crimes with firearms.

D.C.’s and Illinois’ high crime is self-inflicted. It’s hard to understand this strange phenomenon. However, as a cop, I often saw domestic violence victims return to abusive partners. Rookies would look at those folks in disbelief, wondering why someone would do something so self-destructive.

However, experienced cops grow accustomed to it because, sadly, it becomes routine. Though it’s still ultimately a head-scratcher.

It seems the psychology of voting for people who mistreat you is similar to staying with an abusive partner. But it’s more accurately also about “mob mentality.” If you’re constantly bombarded with partisan political propaganda, you eventually begin to practice election insanity regularly: voting the same way and expecting different results.

It sounds a lot like mass formation psychosis as defined by an article at the SWFI.

Psychosis is when people lose some contact with reality. Mass formation psychosis is when a large part of a society focuses its attention to a leader(s) or a series of events and their attention focuses on one small point or issue. Followers can be hypnotized and be led anywhere, regardless of data proving otherwise. A key aspect of the phenomena is that the people they identify as the leaders – the one’s that can solve the problem or issue alone – they will follow that leader(s) regardless of any new information or data. Furthermore, anybody who questions the leader’s narrative are attacked and disregarded.

I’ll let the reader decide which “leaders” that paragraph describes.