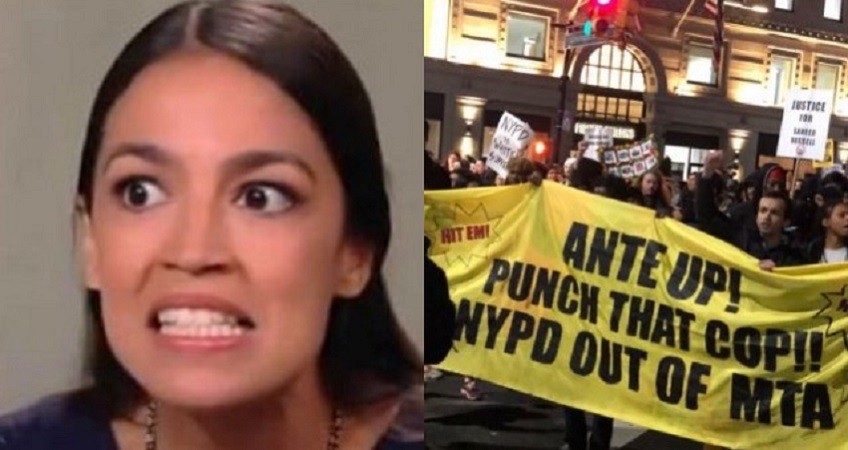 I’ve been trying to understand the visceral animosity directed at the police in many of our large and mid-sized American cities and, perhaps more importantly, ponder what to do about it. Without a fair press and with anti-police indoctrination in many of the nation’s schools from pre-school thru Ph.D. the mission to restore respect in proper policing seems all but impossible.

Pro-police advocates and the cops themselves can defend themselves until their tongues fall out, but they are lucid voices drowned out in an anti-law and order universe. The forces of pro-constitutional liberty must resist the socialist onslaught with all the tenacity George Washington’s Continental Army did when victory against the British seemed impossible. We are the posterity to which they referred. We cannot let them down.

Aside from holding a near monopoly in academia, the mainstream media, and urban politicians, another problem is many pro-law enforcement folks give anti-police factions an undeserved benefit of the doubt. Equal justice proponents may let anti-cop activists off as ignorant, gullible, misinformed, or just on the other side of the political aisle.

Pro-law and order people cannot afford to think this way about the anti-cop mob. It gives them an advantage because pro-cop forces are constantly reacting rather than being proactive.

Anti-rule of law factions are engaged in an ideological civil war with pro-law and order forces for the future of America. The problem is while the anti-cop forces know they are fighting a war, many on the pro-police side don’t seem to.

There was a time when mainstream liberal politicians, who’ve since become anti-law enforcement advocates, were simply my political opponents. Those folks no longer seem to exist, at least, not outside of ordinary liberal Americans. As they say, this is not your grandparent’s political party.

Supporters are promoting Vice President Joe Biden as a “moderate.” But when asked about providing free health care to people in America illegally, he raised his hand with the other radicals. What’s moderate about that?

Anti-police activists’ strategies and tactics now include fomenting, committing, and condoning violence against the police. This disqualifies them from the social contract. In a democratic republic, an election system exists to solve our political differences. Violence is not a valid option just because you don’t like the outcome of a democratic vote. But violence is what we’re seeing more and more anti-cop individuals, groups, and even politicians adopting.

Cops are also used to animosity flowing from politicians holding higher office. Can’t forget these anti-police hits: New York City Mayor Bill de Blasio said about his bi-racial son, “What parents have done for decades… especially [with] young men of color, is train them to be very careful when they have …an encounter with a police officer.”

ABC News reported former Attorney General Eric Holder told “people in Ferguson that he understood their mistrust of police.” Ferguson is where activists spawned the ‘hands up, don’t shoot myth.

And President Obama, without knowing the facts, told us, “The Cambridge cops acted stupidly.” He later stood by the comment during an interview with ABC News. He was also in the midst of quasi-federalizing urban police departments by implementing bogus consent decrees.

This brings me to my main point: as bad as these episodes were, no politician was calling for violence against the police. This has changed. More than tacitly condoning violence, U.S. Representative Alexandria Ocasio-Cortez endorsed violence against police officers—in her own city.

AOC publicly supported anti-cop demonstrators who protested in Brooklyn on November 1st. She tweeted, “Ending mass incarceration means challenging a system that jails the poor to free the rich.” (Don’t feel alone. I have no freakin’ clue what that means, either).

Then she went that critical step further when she retweeted a video of the anti-police mob spewing their hatred of cops. In the video, the protesters chanted, “How do you spell racist? N-Y-P-D.” She also tweeted to her comrades, “Arresting people who can’t afford a $2.75 fare makes no-one safer and destabilizes our community,” and “New Yorkers know that they’re not having it and they’re standing up for each other.”

The video also showed protesters jumping subway turnstiles to protest the NYPD crackdown on people who avoid paying subway fares. Demonstrators mocked and harassed other riders who dared to obey the law and pay the fare.

Most anti-cop politicians, especially those at the federal level, have avoided actually calling for violence against cops. But what else can you call a U.S. representative retweeting a video of people overtly calling for people to “punch that cop?” There’s no mistaking where AOC’s support lies, and it’s not with the cops.

In the video, some demonstrators carry a banner that reads, “Ante Up! Punch that Cop!!” “F—k the Police,” and “Don’t let these pigs touch us.” AOC now owns the toxic waste spewed by these vile demonstrators. Having retweeted the video, how can she deny her endorsement of this hate?

She can’t. She may as well have spoken the words herself.

Just this week, it’s looking like Seattle voters have unelected the shrill, anti-cop city councilwoman and open socialist Kshama Sawant. Sawant is infamous for calling two Seattle police officers, “murderers,” after they were forced to shoot an armed suspect. Let’s hope the voters in AOC’s Queens-Bronx district are finally as fed up as Sawant’s Seattle voters were with her.