Skip to content
The George Soros war against tough-on-crime, law and order prosecutors 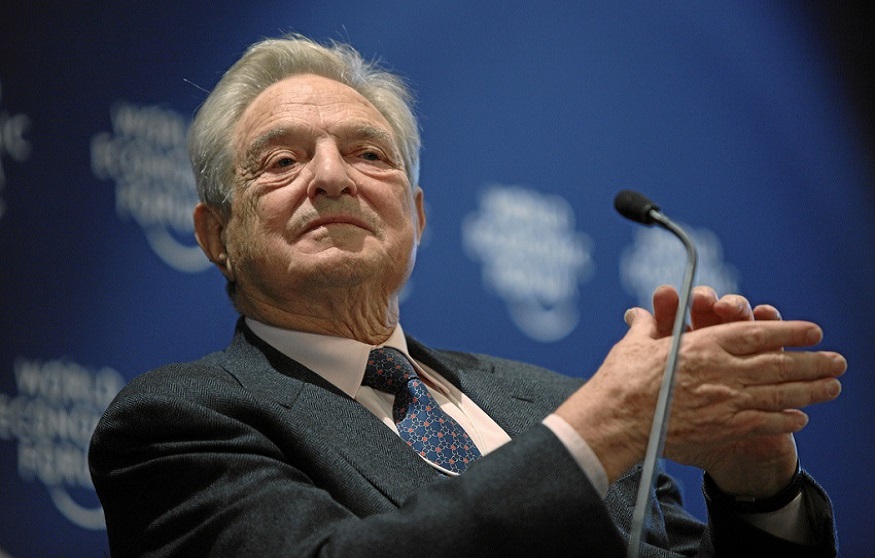 Why are American voters electing so many soft-on-crime, law-and-disorder prosecutors and district attorneys in America? There’s only one name you need to know: George Soros. The anti-cop villain could have come out of a James Bond movie. And he not only looks the part, he plays the part to utter perfection.

In fact, influencewatch.org calls him the wealthy man “Known as ‘the man who broke the Bank of England.” Over the decades, Soros has made many forays into dubious currency shenanigans worldwide, which is how many have reported he has made much of his fortune.

Objectively, George Soros has a fascinating story. It includes the confounding irony of his ascension to the pinnacle of socialist activism. He has led what would be an impressive life—if it hadn’t culminated with his work to destroy law-and-order and oppose effective law enforcement.

According to newsmax.com, the 89-year-old Hungarian-born billionaire suffered under political oppression. First, in his native Hungary from the National Socialists (Nazis). And, later, when Soros escaped to the U.K. from the Communism of USSR-dominated Soviet Hungary.

Soros worked hard to attain financial success by doing menial labor jobs and also accepting contributions to further his education. He earned his Ph.D. in Philosophy at the London School of Economics. Also, in 1920, Soros’ father reportedly escaped from a Soviet Siberian prison camp. This history makes his parallel rises from poverty to wealth and from a victim of socialism to socialist avenger all the stranger.

Today, Soros supports candidates for public prosecutor’s offices who are anti-police. He funds them through massive donations to a collection of charities paradoxically called Open Society Foundations. Newsmax.com reported Soros has donated some 45% of his net worth to socialistic causes.

The election of Larry Krasner as Philadelphia district attorney has given Soros’ election meddling a name: “The Krasner Effect.” A headline at phillymag.com tells the story. “The Disastrous Consequences of DA Larry Krasner’s ‘Reforms.’”

The subtitle of the piece is revealing. “Gun-related violent crime is up in Philadelphia. That was entirely predictable when we elected a district attorney whose primary goal is releasing criminals rather than prosecuting them.”

The article notes Philadelphia’s rising gun crime, the city’s demoralized cops, and the betrayal of crime victims and advocacy groups. “When he was running for district attorney, Larry Krasner, supported by a PAC funded by George Soros, made his commitment to social reform and reducing the inmate population quite clear. No one can accuse Krasner of not following through.”

The Philadelphia criminal justice system uses an Accelerated Rehabilitative Disposition (ARD). ARD is a court diversionary program for gun crime cases. In 2017, the year before Krasner’s election, 12 cases qualified for diversion. In 2018, Krasner’s first year on office, he “funneled” 78 gun cases to ARD.

Fox News reported William McSwain, the U.S. Attorney in Philadelphia, “slammed city District Attorney Larry Krasner, imploring him to ‘stop making excuses for criminals’ and to give strong consideration to attempted murder charges for the suspect who wounded six police officers during a nearly eight-hour-long shootout…” McSwain noted Philadelphia’s “disrespect for law enforcement.” He believes this disrespect led to the gunman opening fire on a narcotics unit attempting to serve a warrant.

McSwain said, “Where does such disrespect come from? It started with chants at [Krasner’s election] victory party-chants of ‘F— the police’ and ‘No good cops in a racist system.’” McSwain accused Krasner of slander against city law enforcement when the DA called prosecutors and police officers racist and corrupt. Krasner has called Philly cops Nazis and compared them to war criminals.

According to independentsentinal.com, George Soros poured $1.45 million into Krasner’s run for Philadelphia District Attorney. M. Dowling writes, “He [Soros] is buying the race. A normally collegial race has turned into a bitter and vicious battle with Soros money providing the hit pieces against the opponents and promoting the Democrat of his choosing.”

Krasner’s opponent, Republican Beth Grossman said, “So you have that kind of agenda along with George Soros, and suddenly—the role of the DA’s office is not to conduct a grand social experiment, it is to enforce the laws of the commonwealth of Pennsylvania justly and fairly, and to protect the constitutional rights of everybody: victims, witnesses, as well as those accused of crime.”

The result has been dreadful for local law enforcement officers who have to deal with this coordinated attack on law and order, equal justice, and the rule of law. The Soros-funded, anti-cop prosecutors’ offices that had traditionally worked closely with the cops to put bad guys away, now work harder to put cops away.

Soros was also another threat to American communities and law enforcement when he funded the “migrant caravans.” You’ll recall the large groups of people who traveled from Honduras, Guatemala, and El Salvador through Mexico, intending to cross the United States border illegally. Border Patrol reported MS 13 and other criminals were hiding within the caravans.

Not surprisingly, Soros sponsorship, funneling money through several front groups, is something the Washington Post labeled a “conspiracy theory” reporting, “It’s not true, but it has apparently fueled homicidal rage in recent days.” The Post then blames President Trump, who’d criticized Soros on Twitter, for the Pittsburg synagogue murders because the killer also criticized Soros.

How do communities fight this anti-cop/pro-criminal onslaught? By getting the word out about the damage Soros is doing. Writing to newspapers, blogging, using social media, and just talking to people you know. Don’t argue, just point them to the information, so they can make informed decisions.