Skip to content
Despite the disrespect there is still good news 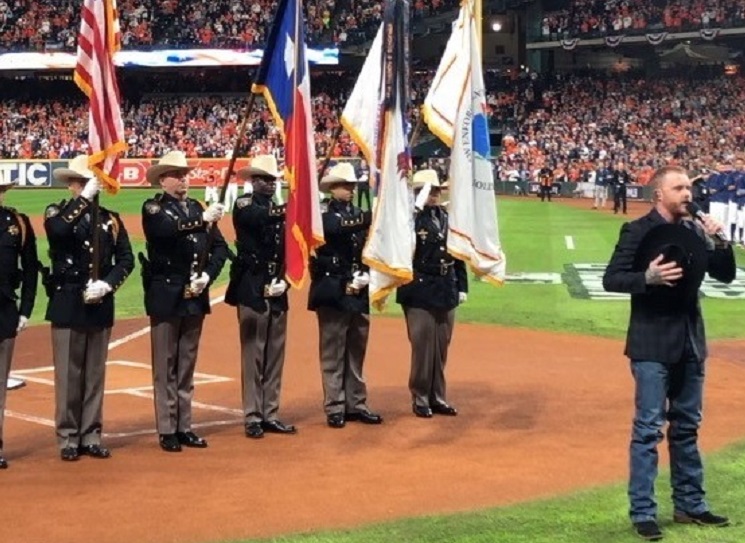 Most police officers are accustomed to being treated with disrespect by some of the people we actually risk our lives to protect; it’s always been a part of the job.  But in today’s climate, the increasingly visible disdain and contempt for American law enforcement is making our jobs less enjoyable and far more dangerous.

Earlier this summer, the constant histrionics displayed by high profile politicians and celebrities concerning the role of Immigration and Customs Enforcement (ICE) agents in our federal justice system undoubtedly inspired a man to attack an immigration holding facility in Tacoma, WA.  The man, armed with a rifle and several incendiary devices, was shot by local police officers when he tried to set a vehicle and a building on fire.  Fortunately no police officers or innocent citizens were hurt.  That was not the case in 2014 when two NYPD officers were ambushed and murdered by a career criminal who was outraged at the deaths of two other career criminals, Mike Brown and Eric Garner, at the hands of law enforcement officers in Missouri and New York respectively.  At the time, misinformation about the death of both Brown and Garner were being spread throughout cable new outlets and on social media by Hollywood actors, media personalities and countless politicians including close associates of the President of the United States.  The narrative that unarmed people of color are constantly being attacked by American law enforcement officers is proven to be false time and time again, but that doesn’t stop these falsehoods from being publicly perpetuated, especially when it comes to politics.

Just last week, presidential hopeful and avowed socialist Bernie Sanders was asked by a young Black college student for advice on how to behave when pulled over by a police officer.  Sanders advised the young man to make sure he treats the officer “with respect” so that he (the student) doesn’t “get shot in the back of the head” by the police officer.  This irresponsible pandering by Sanders was attacked by both anti-police groups (who were upset that Sanders told the man to be respectful) and pro-police groups (who were outraged at Sanders’ defamatory statements about police use of force).  Not to be outdone when it comes to both hating cops and racist pandering, former vice president Joe Biden told a Black female student at another political forum that police officers “don’t stop white girls.”  And of course, earlier this year Elizabeth Warren doubled down on her (false) claim that would-be cop killer Mike Brown was “murdered” by a police officer, stating at a town hall that Brown was shot “in the middle of the street, by police officers, and left to die.”

As of late, the NYPD has been disproportionately affected by these unfair and ridiculous machinations.  After a summer of disrespectful attacks on NYPD patrol officers by thugs with buckets of water and rotten takeout food, this past weekend violent “protesters” used an increase in subway fares to attack law enforcement officers (who by the way, don’t set subway fares) and create chaos for subway travelers.  Carrying signs that read things like “[expletive] The Police” and “Don’t let these pigs touch us” these unhinged, self-described Marxists were egged on by none other than New York Democrat Rep. Alexandria Ocasio-Cortez.  I wonder how cops in her district feel about her support of these violent, hateful lunatics?  I wonder what NYPD Officer Lesly LaFontant, recently revived from a medically induced coma after being struck in the head with a chair while doing his job, thinks about AOC’s support of these violent protesters who want the NYPD disbanded?  When did it become so popular for politicians to treat police officers so abhorrently?  But before you get too steeped in despair and frustration, let me bring you some good news.

At an awards ceremony just 24 hours ago, actor Shia LaBeouf, a guy not known for his support of the Thin Blue Line, stated publically, “I want to thank the police officer who arrested me in Georgia, for changing my life.”  The Hollywood audience initially laughed at his statement, not realizing that he was serious, but LaBeouf’s mom, also in the audience, had tears in her eyes as she watched her son accept his award.  I’m guessing she was remembering that Shia’s 2017 arrest lead to his sobriety, which has helped the former child star return to cinematic (and personal) success.  And I watched in astonishment and pride at the beginning of Game Seven of the World Series last week when Cody Johnson belted out the National Anthem standing just to the side of the National Law Enforcement Officers Memorial flag, which had been carried onto the field by the police honor guard.  Country group Florida Georgia Line recently donated a police K9 to in the Indianapolis Metro Police Department.  The drummers from rock groups Kiss and Five Finger Death Punch both became reserve police officers this year.  George Strait recorded the hit song “The Weight of the Badge” to honor law enforcement, and country star Miranda Lambert married a member of the NYPD.  In other words, not everyone who is famous hates the police.

As the annual Gallup poll tells us, the Supreme Court, the medical system and Congress lag behind American law enforcement as the most trusted institution in America. Only the military and small businesses are trusted more, per Gallup.  Law enforcement ranks third in the annual poll with 85 percent of respondents saying they personally have a great deal, quite a lot, or some trust in the police.  I call that good news for police officers and the citizens who support us.

There are always going to be politicians, cable news talking heads, and Hollywood celebrities who will pander to the anti-cop crowd to get attention, but never lose sight of how many people support us and are grateful for the difficult job we do.  And every day, on every shift, let’s do everything we can to continue to earn that trust.