Skip to content
Tulsa Oklahoma Police Chief Franklin Sets the Record Straight: We Are the Professionals 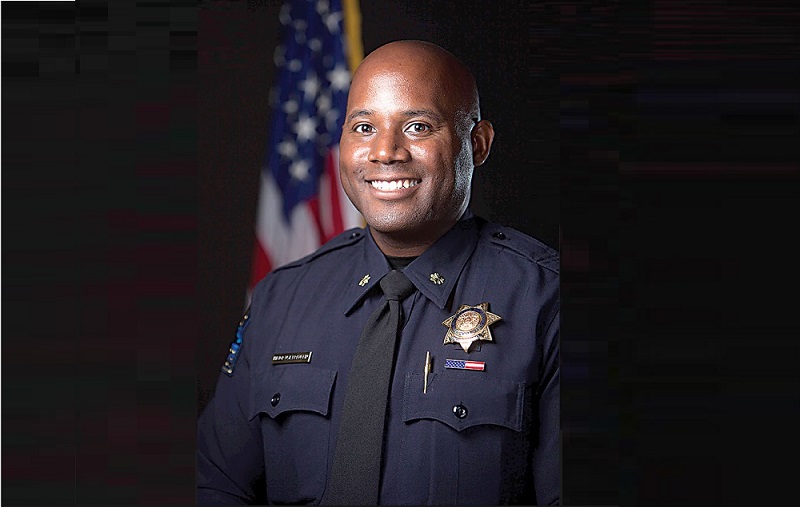 Is there another profession, other than law enforcement, where more people believe they know how to do the job better than those trained to do it? If there is, I can’t think of it. That’s why I was so pleased to hear about what Chief Wendell Franklin, Chief of Police of the Tulsa Police Department (TPD) did recently.

Public Radio Tulsa reported, the chief presented a study of TPD officers’ use-of-force over the past several years to the Tulsa City Council. During the meeting, Chief Franklin responded to a question from Councilor Lori Decter Wright, “The question was if there was going to be community input allowed in our policy decision-making, and the answer to that is no.” How refreshing is that?

Chief Franklin defended his reasoning. “I think that we are paid a salary to be the professionals and be the ones that know the ins and outs of policing and what’s going on. Again, I’ve mentioned before, of ceding authority to us to allow us to do that, and we will use best practices and things of that nature to drive our decision-making on the Tulsa Police Department.”

He’s right. Who knows better the appropriate application of force for the proper circumstances, untrained civilians (many with political agendas) or trained police officers whose agenda is to go home at the end of their watch? Untrained civilians only know what use-of-force they like or dislike for subjective and ideological reasons. Cops know what use-of-force is necessary based on training, real-world effectiveness, and the law.

Of course, not everyone agrees, such as those civilians with political agendas. In a statement critical of Chief Franklin’s decision, Dr. Tiffany Crutcher said, “there is no effective policing absent community involvement.” Not true but to be fair, Dr. Crutcher has a sincere reason to be troubled about TPD’s use-of-force policy.

In 2016, a Tulsa police officer shot and killed Dr. Crutcher’s twin brother Terence, during what began as a minor traffic incident. Reportedly, Mr. Crutcher appeared high and would not comply with any of the officer’s commands.

According to NBC News, “A toxicology report revealed that Crutcher was on two hallucinogenic drugs, including PCP, during the incident.” Jurors acquitted the officer who’d shot Mr. Crutcher. The jury was not happy about the officer’s decision to fire but concluded the officer acted in accordance with training. The officer shot the much larger Mr. Crutcher after he allegedly refused to obey her commands and reached into his car where she believed he was reaching for a gun.

As tragic as this incident was for Dr. Crutcher and her family, the chief is right to resist civilian input in police use-of-force policies. When does emotional bias ever help any decision-making? Would anyone ever consider civilian input into doctors’ medical/surgical policies? Doubtful.

But, according to mymedicalscore.com, “medical errors cause an estimated 250,000 deaths in the United States annually.” By comparison, according to the FBI, police shoot and kill about 390 suspects per year, nearly every one of them an armed criminal.

That’s a quarter million innocent patients dead vs. less than 400 violent criminals dead. Yet, no one cries for civilian oversight of doctors. Both occupations involve life and death decisions, but no one berates doctors at a societal level for these erroneous deaths as they do with justifiable uses of force by law enforcement officers.

And now Tulsa, like Seattle did long ago, wants to essentially make it a reportable use-of-force when an officer merely points a taser or gun at a person. This creates yet another reason for officers to hesitate. Cops are human. When they can, humans tend to take the least obstructive route to accomplish a task. It’s called efficiency. Don’t pull your gun, no paperwork.

Officers already have a ton of paperwork to do and other policy requirements to follow. If officers know they have to complete a use-of-force report just for lawfully pointing their guns at a person, they may hesitate and not draw their guns when they should. Also, it’s one more thing they could receive discipline for if they neglect or forget to report the “use-of-force.”

Also, cops have to wonder if this is a slippery slope toward requiring officers complete a use-of-force report for simply drawing their guns. Chief Franklin put the brakes on that city council initiative, too. He correctly wants to research the issue rather than implementing the council’s Knee-jerk bad idea of the week.

That’s why it is so encouraging to see Police Chief Franklin standing up for the integrity of the much-maligned law enforcement profession. Decisions regarding police strategies, tactics, and defensive tactics training should be left to those who have to risk their lives implementing them: The Police.