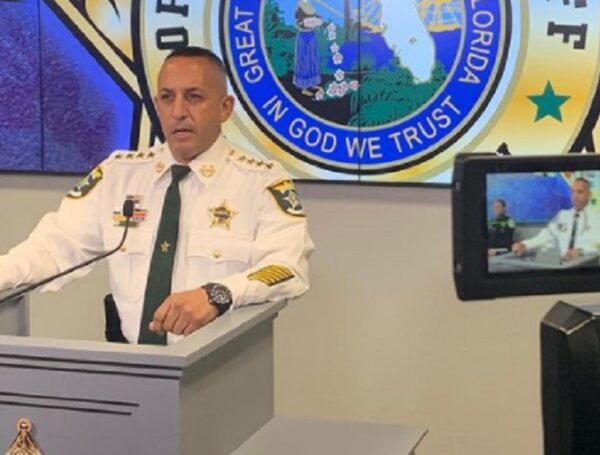 Despite the barks for transparency and reform and reimagining the law enforcement institution to suit our society, a majority of America’s top cops have been publicizing police operations and activity well before the know-it-all noisemakers picked up their bullhorns—it’s only ratcheted up a few notches.

Previously, a sworn LEO with training and/or experience in public speaking held that mantel, answering questions posed by various reporters dispatched by the range of broadcast networks seeking the scoop and skinny on what happened at any given crime scene and incident participants.

Now, the ritual of fielding questions is the same, except the responsibility is undertaken by the agency’s foremost police executive: police chiefs, sheriffs, public safety directors. And some have become quite adept at handling the barrage of inquiry, often from feisty reporters whose tone can come off as suspicious (digging for super-sensitive material and salacious soundbites which, by agency policy and integrity of investigative principles, must remain confidential).

That last ingredient pertaining to confidentiality is rather universal among law enforcement entities, mainly to preserve the integrity of any investigation and involved parties.

I recall the confidentiality clause I signed when hired at my department, relatively restated in the police officers oath. Retrospectively, my agency had a sort of hybrid PIO, one who had degrees in communications/public relations yet lacked any specific law enforcement experience. Thus the insights at the mic were not necessarily forthcoming…and it showed. The city took heed. Ultimately, they paired the general PIO with a police manager (often a lieutenant or captain) versed in public relations.

In a case of I’m assuming they know but I’m going to mention it anyway, the top cops we are discussing here today just about always in one way or another (and sometimes repeatedly) conclude their press conferences with the empiricism of what our LEOs are doing and how they are accomplishing things on the public’s behalf.

As Lee County Sheriff Carmine Marceno mentioned at a press conference on Thursday (pictured atop this article), “We solved a homicide in 45 minutes last night. You can’t even get a pizza delivered in that amount of time. I couldn’t be more proud of this team. They are superstars.”

To the point, with pride. Publicized fact-sharing and accolades like that are deservedly what our country’s cops need to hear more of, especially countering the falsities spread by anti-police sorts.

Ensuring that the public safety mission is being performed by enormously trained and steadfast professionals with everyone’s best interests in mind —and that includes the fractional percentage of police personnel who lost a compass and went a tad wayward— is a good practice, especially considering a job many do not understand or wish to.

The transparency is there to a justifiably distilled degree. The information allowable per confidentiality constraints is provided, and the withheld info usually comes with a basic qualifier as to why it can not be divulged at time of presser.

Sad that it has come to that, but it is a sign of the strange times in which we exist, where many think they have a right to know everything everyone else is doing, whether it involves police or the corner pizzeria proprietor.

One example totally befitting our topic today is none other than Polk County, Florida Sheriff Grady Judd. Known for “telling it like it is,” Sheriff Judd definitely offers a colorful presence for the media, to include often humorous storylines explaining the crime, its participants, and oddball factors involving the bad actors his deputies investigate/arrest.

One constant of Sheriff Judd is to highlight the revolving door of justice, boldly outing arrested malfeasants’ rap sheets and blunderous crimes and even the judgment-challenged judges who provide free passes leading to recidivism (thank goodness for LEOs who stay the course and maintain the fight, again and again).

Among the growing list of law enforcement executives toeing the media line is Sheriff Chad Chronister who heads the thousands of deputies encompassing the Hillsborough County Sheriff’s Office (HCSO) in Tampa, Florida.

Sheriff Chronister handles pretty much all pressers with the media at HQ or locations around the county.

A particular press conference he held at the HCSO Ops Center announced his agency’s procurement of BolaWrap devices to help handle individuals in crisis as well as criminals resistant to arrest, thanking the County Commission for ponying up the necessary funds to acquire the non-lethal restraint technology engineered as a de-escalation device for public safety.

Another notable law enforcement figurehead leading the charge is Sheriff Mark Lamb from Pinal County, Arizona. As with all our subjects included herein, Sheriff Lamb is patriotic, possesses a colorful persona, and exudes passions for policing.

Accompanying the picture of Sheriff Lamb were the following words: “Talking Guns sits down with Sheriff Mark Lamb of Pinal County, Arizona to discuss Politics in Police work, how he has created a positive, mentoring environment with his deputies and the public, and the ongoing work he is doing with his very own non-profit Americansheriffs.org.”

One of the most integral police leaders heading the nation’s largest municipal police force is Police Commissioner Dermot Shea who somehow manages to address the constancy of crime handled by the men and women of the NYPD—no easy feat when heading a sworn strength of about 35,000 cops.

I came across a telling piece of footage depicting Commissioner Shea standing at a media podium, projecting the death stare at the head of Gotham’s disaster of a mayor, Bill de Blasio. The look is priceless, and the picture paints a thousand words not fit for print. Penny for your thoughts came to mind. Can’t imagine working under any of America’s anti-police mayors, even having to share the podium at times.

Having been born/raised there, I consider the massive five-county jurisdiction (boroughs) containing roughly 8.5 million people and an unyielding gridlock making it rather arduous for anyone to get around town. Yet, Commissioner Shea navigates and attends most incidents personally, addresses the media, and shows up at hospitals when a NYC cop is shot or injured in a duty-related response.

Anyone who has ever experienced Times Square knows how difficult it is to get there and maintain personal space, one huge reason why NYPD cops are prevalent in such a target-rich environment.

Among the vast hierarchy of police administrators overseeing a gargantuan 35,000-officer police force, Commissioner Shea did not dispatch any of his ranking upper echelon to address the media’s inquiry regarding the defund the police movement and a bozo mayor who is a proponent; the commish took to the mic himself and told it like it is.

These are a mere few among a bevy of top cops addressing media inquiry and mitigating rumor mills hell-bent on sullying law enforcement with twisted sensationalism and bold-faced lies. Most pertinent among these police figureheads is that they are mingling with the public, often offering direct-from-the-horse’s-mouth facts…something the media fails to do.

Right at press time, donning a red/white/blue tee representing the Thin Blue/Red Line, Commissioner Shea was recorded jogging on the streets of NYC, joined by a citizen.

Per Commissioner Shea: “Only in #nyc. While running in today’s 5K to #neverforget  the heroes of 9/11 we told a local resident that was cheering us on to ‘get out here and run with us.’ He ran the race with us, earned a shirt and went back to work.”

How’s that for a top cop getting out in front, leading the pack?

The sister piece to this article is my previous one examining cops who served the beat before bidding for political office. In essence, standing before media mics doesn’t change when the status of changing from police to politico does.

Would be fantastic to see plenty more where these came from, justly heralding all-things-law enforcement and offering law enforcement insights from bona fide experience.

Musing over coffee with police cohorts serving in NYC, all speculations (bets) are on NYPD Commissioner Shea eventually running for office. In particular, one day occupying Gracie Mansion where the Big Apple’s mayor resides for political term(s). Now that would be a daily multivitamin for all NYPD officers!

Circling back to Sheriff Judd, it’s no wonder there is a grassroots gathering encouraging him to run for the White House. Can you imagine his brand of forthright law and order and candor…in the eyes and ears of liberal sorts pushing contrarian ideologies?

Did ya hear me?