Skip to content
Running for Office, Advocating for Public Safety 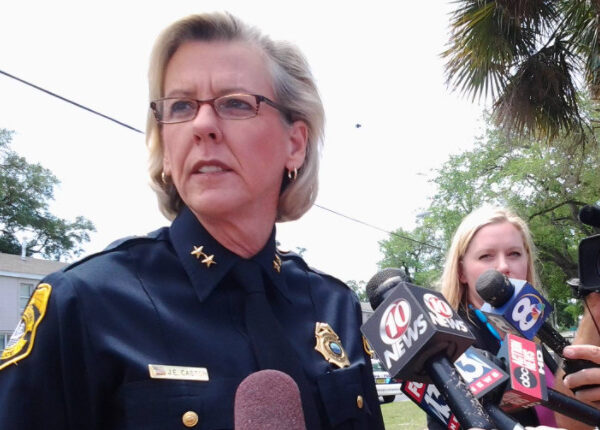 Often in my written materials I reference how cops are notable for being highly equipped in various ways and laden with resources parlayed for those they serve.

Although I had a general idea of law enforcement practices derived from growing up around the massive number of NYPD cops patrolling the beat, watching all-things-cops on TV, studying criminology at the university, thereafter swearing in as a certified crime-fighter, only then did I realize the breadth of skills and talents each catered at the public safety table.

Anyone in our department who happened to need a plumber, electrician, accountant, mason, pool/patio screener, roofer, mathematician, martial arts guru, you name it…someone on staff had the goods to share. It was like a veritable Angie’s List, only with badges.

Among myriad traits and skillsets cops offer, one aspect was never obvious. In fact, it was often deemed a nemesis to policing culture: politician.

Yet, in one minuscule way, cops and politicians share a traditional principled formality purposed for pledging an oath to serve the public with integrity: the ceremonial swearing-in conferring authority and statutorily empowering officials with responsibility to dutifully carry out constitutional guarantees via federal, state, and local covenants.

Pro-police convictions for public safety and those who jut their hand to swear an oath to serve do attest of-record and before a crowd of onlookers. Thus, elected officials do the same (albeit minus the omnipresent dangers cops confront) and are equivalently deemed public servants.

Lately, though, we’ve witnessed unprecedented betrayals from those who do not carry a justice badge and govern from fiefdoms in largely liberal enclaves as if their oath included Must ensure anarchy! The only way that reckless notion can succeed is to box and shelve crime-fighters.

Logically, that roused some highly experienced public safety professionals to toss their hat in the political ring to first-hand ensure the public receive a fair shake by re-instituting law and order. (Feels odd to frame it that way, but we have arrived at the apex where bizarreness must concede to personal constitutions endeavoring to right all the wrongs hatched over the last handful of years.

Enter Chief James Craig, a tried-and-true police executive who, after heralding positive programs while heading the Portland (Maine) PD and Cincinnati PD, led the men and women of the Detroit Police Department and fought for every solitary inch when police oppositionists and defund demanders sought to seize the narrative and carry out their own social justice agenda much like the nation’s many liberal la-la lands.

No, Chief Craig set the example of a patient, deliberate man who not only exuded his oath but also exemplified the conventions of law and order, despite roaming, raucous radicals trying to steal the show and make off with anything not welded to the ground.

He castigated liberal governance cradling criminals at the expense of cops, victims, and innocents trying to survive unscathed in lawless territories.

As a metropolis within the borders of Colorado, Detroit’s top cop is reaching for the top spot as governor.

In an interview on Fox News with Tucker Carlson, Craig said, “I’ve got to tell you, I am running. When I look at what some politicians are doing across our country, you know, let’s talk about Gov. Whitmer. She follows different rules. She just does.”

In keeping with our topic, also seeking to unseat Whitmer is Michigan State Police Capt. Mike Brown, running as a conservative: “I want to be governor to have the right type of leadership for the state to bring the state forward, and I’ve seen the total incompetence of this current administration over the last year and a half.”

I suspect Captain Brown is referring to a July 2020 cleave by Gov. Whitmer “which cut $115.07 million from the Michigan State Police budget.” (Like other egg-on-face politicians reversing their defund-the-police folly, Gov. Whitmer now seeks millions for more cops. A Detroit Press article titled “Whitmer proposes $75M to hire more cops, gets illegal guns off the streets” published on August 16, 2021 explains the backpedal everyone could have anticipated.)

If either is successful in his respective gubernatorial bid, Colorado’s law enforcement community stands to be as robust as ever, with a pivotal police administrator gripping the reins of the state and driving public safety objectives as they were intended. Upon either’s victory, Colorado citizens stand to be big benefactors, especially in their pursuits of life, liberty, and happiness.

Albeit on a much smaller scale, I witnessed a saga involving one of my squad supervisors who also served as president of our Fraternal Order of Police chapter, dealing with the city’s political figures expecting everything of its police force while abstaining from funding necessary to succeed the mission.

Even though this particular sergeant tirelessly managed the battle to nutrify the police force through many years, upon his retirement he did not relent. The good sergeant announced his campaign for a city council seat…another layer in the strata of what makes a cop’s cop.

Through his term in office, despite not always securing necessary funds to advance the mission of the city police force, our cops did the job regardless. Our then-newly elected city councilman and former police officer went on to steadfastly ensure public safety factors were always part and parcel in just about every nuance at all monthly city council meetings.

We were a proud bunch of LEOs…well aware that at least one among our city council embodiment had our interests at heart.

Personally, having an experienced law enforcement professional among any political body at the very least serves to better educate non-police-experienced electeds who may need a little (or massive) push to remind them they once promised to institute law and order on behalf of constituents who pay their salary via tax dollars hard-earned by those in the jurisdictional boundary.

On that note, sometimes cops on active scenes are mistreated by politicians who arcanely believe that their status carries enough weight to get themselves or others off the hook. Here is an ideal example of utter arrogance by a Port Authority commissioner talking down to police officers within their rights to investigate a traffic matter, one she blew way out of proportion and deserved infamy thereof:

That was mindboggling, huh? A day in the life of cops.

Coinciding with my police sergeant winning a seat to elected office, a neighboring municipal cop fed up with city leaders shirking responsibilities to the police force retired early just to campaign for a seat among his city council, a venue and scope roughly 30 times larger than mine. The local news outlets used plenty of ink with that (there’s a clue), billing it as the first-ever police officer to weigh in on matters before the council, often involving law enforcement professionalization (robust training ventures, development of special units, increased sworn strength, etc.) and the spending required to achieve monumental goals.

Since there is no specific database containing cops who turned politician, Google searches and culling through listings offered several in my area alone,  including one former cop pursuing a mayoral seat in the same city where she spent her entire police career. To underscore our topic today, all former-cop-turned-politician candidates espoused “safety” and “secure community” and all things law-and-order (predominantly funding public safety measures and abating traffic woes).

How does the saying go…Sometimes you just gotta do it yourself?

Though often touted as the cop’s cop when she was Tampa’s police chief, Jane Castor retired with many years of police service and won the city’s mayoral chair. As the Tampa Bay Times wrote about a few first-ever dynamics in her police-to-politician career, “Castor also makes her mark in coming from police, not politics, a very different skill set.”

As with all examples I discovered (besides the few we covered herein), most former cops were never involved in politics…other than battling with elected officials over outfitting, sustaining, modernizing, and galvanizing a robust police force.

Ultimately, it stands to reason that political candidates and aspirants eyeing elected office who possess law enforcement experience on their resume are most welcome in the nowadays endurance of anti-police idiocy and governing bodies throwing the baby out with the bathwater, foolishly shrugging over what went wrong.

With this subject in mind, we may have to retool the #DefundPoliticians campaign circulating on social media. Although I concur with it, we now have a fresh perspective in terms of former cops concentrating on political stature…to get public safety situated acccordingly.

(Photo courtesy of Mike the Cop.)

If any of our nation’s former LEOs win seats in any political office across America, and pro-police initiatives is the objective (as it should be), let’s tweak banners to something like #DefundAntiCopPoliticians or a similar qualifier…