Skip to content
Thoughts and Prayers – Do They Make a Difference? 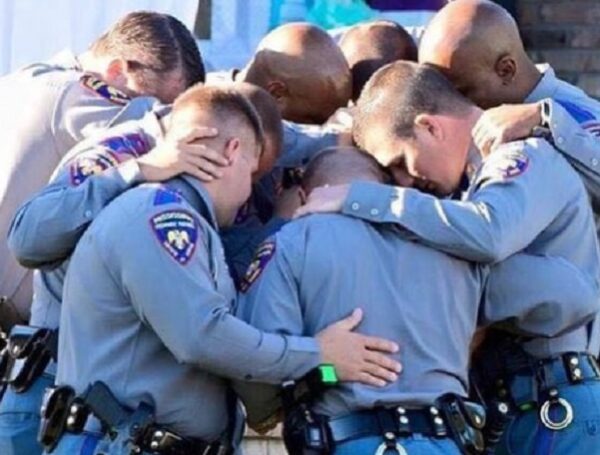 As a writer on law enforcement issues, I get almost daily notices of officers killed, injured, or being prosecuted in the line of duty. Many of those announcements include the request for “thoughts and prayers”, and the occasional “vibe”. Some organizations have dropped the “prayers” part in order not to offend the 19% of Americans who claim no belief in God.

One of my law enforcement roles has been as a first responder chaplain. In that role, I am called to offer comfort, aid, encouragement, and hope to those burdened by life’s circumstances. Sometimes that is in the wake of a horrific crisis and sometimes in the fatigue of the long grind of hardship and grief. With a sincere understanding that not everyone is a part of my religious faith, I am careful to meet folks where they are within their own view of the world. However, I seldom fail to offer to pray with them if they would like. Most are appreciative, some refuse the offer as a meaningless gesture, and some are too mad at God or the universe to bear another’s piety at that moment.

A popular mockery of thoughts and prayers after national tragedies, especially violence in which firearms were the instrument of the wrongdoers’ evil, attempts to point out that such meditative efforts are a waste of time in lieu of action (i.e. more federal laws). Scoffers at these mental exercises view them as not merely impotent, but selfishly harmful, as though they inevitably displace something better.

The irony is that if you say action should replace thoughts and prayers, the logical implication is that no thought or prayer should take place. Is the vacuum that replaces thoughts and prayers to be filled with thoughtless activity? If the question is selfishness (as in “people say that but then they don’t really do anything constructive”) then are we similarly prohibited by that same ethic to avoid the marching and letter writing if motivated by the good vibes we get from such righteousness?

I am in favor of thoughts and prayers. I like the idea that somebody might be thinking about me. The Psalmist is amazed as he asks “What is man that you are mindful of him?”, and worships, knowing we are in God’s very thoughts. Willie Nelson apologizes for inaction but assures his lover that “you were always on my mind, you were always on my mind”. What is a Facebook “like” but a little endorphin shot that causes us to know someone was thinking of us?

Is it not thought that precedes action? Isn’t it pondering that inspires? Isn’t it one of our greatest compliments to say “Oh, how thoughtful!” And thoughts are the antecedent of prayer.

Ah, prayer. Yes, pray for our public servants. Pray for the suffering. Pray for victory in battle. To the humanist who would have us appeal to no deity, prayer is a silly ritual. But who doesn’t tout the virtue of meditation? To focus one’s mind, to shut out distractions, to appeal to some higher good is applauded. But to bring in God? That is foolishness? Then let me be a fool.

If I am a fool for believing there is something greater than I, I would be a greater fool to believe it and fail to appeal to that Greatness. Were the prayers of others that covered me during dark, dangerous nights, times of sickness and grief, and quietly confided moments of weakness the words of fools? Then I covet foolishness.

We should certainly be inspired to do something when there is an appropriate duty or charity to be done. Taking action by donating money, baking a cake, or sending a card should always follow thoughts and prayers when possible. But I doubt there will be much doing unless there has been some thoughts and prayers spurring us to act.