Skip to content
The Thin Blue Line is a Rainbow 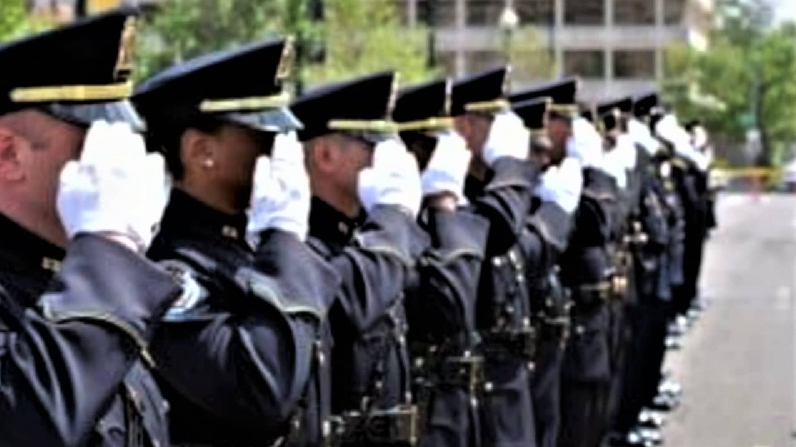 The year isn’t over yet as I write this, so the number of law enforcement deaths will increase before 2022 dawns. 2021’s list on the Officer Down Memorial Page (ODMP) is already bloated. In addition to the increase in ambushes, the usual murders of officers arresting violent offenders, and the crashes and pedestrian deaths of cops who spend a lot of time on pavement around speeding traffic, this year was haunted by COVID deaths.

Hunkering down and isolating and working remotely worked for a lot of Americans in 2020 and 2021. It does not work in the policing business. ODMP includes corrections officer deaths, and they were particularly hard hit as one can imagine.

Every so often, whether for researching an article or to contemplate the grievous loss of American heroes, I scroll through the list of the fallen. I realize that those whose names are listed represent a fraction of the loss of law enforcement officers. Those whose hearts have been broken by their career and take their own lives are not represented here. Those whose bodies were broken but survived are not represented here. A dozen or more of those officers going back to the early days of my police career are on the roll call of those lost. As a training officer and police academy instructor, I have rubbed shoulders with thousands of police officers, and some have died.

But in some ways, I feel like I know them all. As I contemplated the many insults that individual officers, their agencies, and the profession, in general, have suffered in recent years, one of those criticisms is that law enforcement personnel don’t look like their communities. I beg to differ.

At this writing, ODMP records 473 deaths. Scrolling through the photos of the honor roll for 2021 I noted that they were not all white males. For the sake of this article, I began to count the non-white males on the long list. In the process I felt shame that we have become so racially divided and that the concept of melting pot had devolved into everyone being assigned a label with an identity the differentiates rather than unites.

They say there is strength in diversity, and I don’t deny the truth in that. I also know there is strength in unity. The thin blue line, so often maligned and misunderstood, represents an identity that transcends race and gender. Over one-third of the dead are of some minority. As I tried to identify those differences, I hated the thought that I was judging each officer by some standard that may be giving no respect to their true sense of identity, and a crude division of one human compared to another.

Was this officer’s complexion of African descent? Are these eyes Asian? Is this surname Spanish or Italian? These were officers I could have had coffee with, shared war stories with, and shared how we grew up, what food we ate, what holy days we honored. The Anglo names attached to brown faces, the shades of pigment, the obvious offspring of  “mixed” marriages. It seemed a betrayal to call them anything but blue.

Eighty black men’s faces. Twenty-three black women’s faces. Seventy-four Hispanic men, five Hispanic women. Sixteen women with white faces and nine Asian men. Did I label them correctly? I was sad that I felt compelled to do so. They were all my brothers and sisters. We might have disagreed on a lot of things. We might not have liked each other. Even some dead heroes were jerks. But the bottom line is that how they chose to invest their lives cost them their lives. Had we faced danger together we would have tried to hold the line, cover each other, do our very best to survive for each other’s sake.

Did they all look like me? No, indeed. But when we lost them a part of me was lost, too.