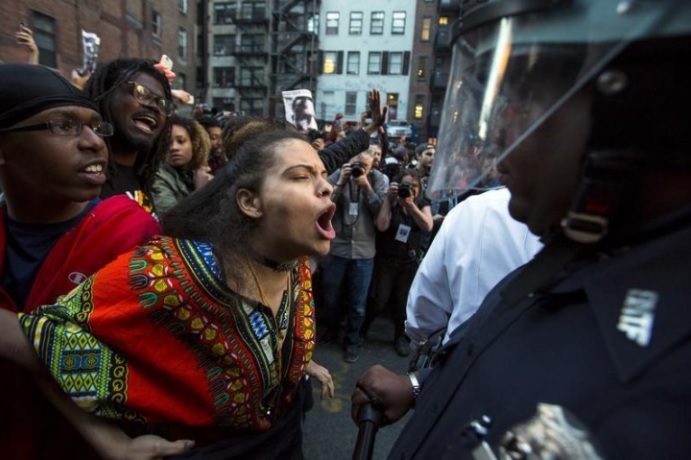 Cops have always had the “do you know who I am” folks, the “I pay your salary” folks, and the “why aren’t you out arresting real criminals” folks. They’ve always had the runners, the fighters, and the too drunk to know what they’re even doing. There are also the extremists who do not recognize civil authority, who feel no need for driver’s licenses or plates, will issue “warrants” for officers’ arrests, and some will talk only to the High Sheriff.

There is no veteran officer who has seen the frequency of resistance and arguing so high in comparison to years past. It is not only mentally exhausting to officers, but non-compliance (required by law, by the way) ratchets up the tension in a contact. Bystanders are also more likely to get involved with police contacts. These curbside critics only add danger to the situation.

A hallmark of these encounters is the amazing professional control that officers maintain. In Phoenix, a suspect in the wounding of a Phoenix police officer by gunfire was arrested after a stand-off. Despite expectations from police antagonists who think cops look for opportunities to shoot people, this violent suspect, and would-be cop killer was taken into custody without being shot by police.

Officers go to great lengths to avoid lethal force. A Glendale, Arizona officer deployed a K9 to take down a suicidal subject who had shot at officers. The suspect, in this case, was shot and killed by police, but only after fleeing and the police officers’ attempt to apprehend him using non-lethal means, and after he shot the K9 handler.

Wichita, Kansas Officer Kyle Mellard was attempting to arrest a man hold up in a shed, urging the man to surrender peacefully as recorded on officers’ body-worn cameras. Mellard’s patience was rewarded by the suspect shooting the officer, who is still recovering from his wounds to his face and legs. The suspect was killed by police after he had already fired 18 rifle rounds at officers.

A careful and factual review of the vast majority of deadly force incidents involving police will show that suspects made the choices that led to the exercise of force by officers. Violent criminals must assume not only the risk but the responsibility of being held accountable for their actions. Even law-abiding citizens, in situations where the police have information that leads them to reasonably believe a person must be taken into custody, have a legal and common-sense responsibility to submit to the lawful commands of police officers.

If a person flees from police by vehicle or on foot, officers know that other citizens are at risk. The police will pursue, where the law and policy allow, to safely apprehend a fleeing suspect who presents a danger to the public. Even a cursory look at the percentage of arrests that are made with no force, much less lethal force, gives a clear picture that officers use many tactics to avoid an officer-involved shooting response even in hazardous conditions.

There is no “shoot first, ask questions later” culture in law enforcement, only in the misperceptions of uninformed police critics.