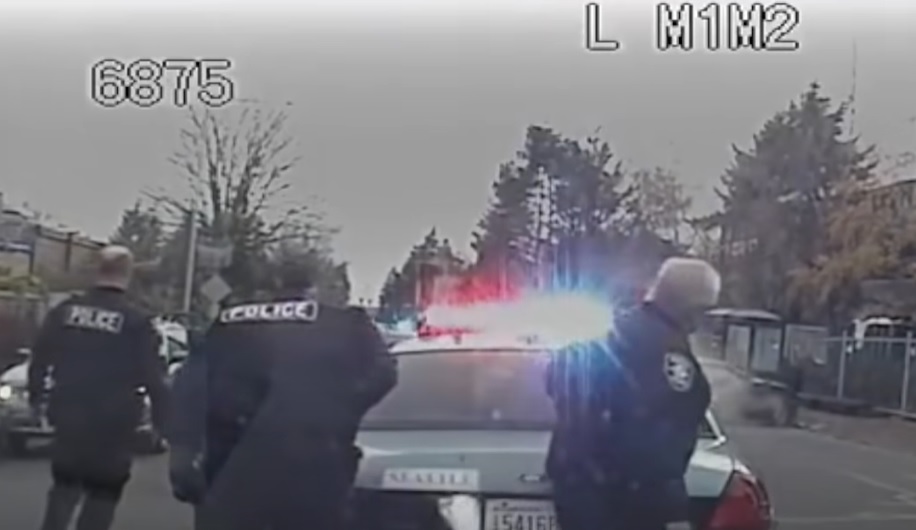 The trail of the burglar wasn’t hard to follow. An old-fashioned skating rink on the edge of town, the kind that was just a barn with walls that could be opened up like windows for ventilation on hot Missouri nights, was missing the coin box. Across the street was a small convenience store. The investigating officer, a young rookie excited to play detective, checked in to ask the clerk what he might have seen. The clerk said that a neighborhood boy, about 9 years old who was known to the clerk, had bought an unusual amount of candy using just quarters.

The officer picks the young suspect up and questions him. Oh no, says the teary-eyed boy, I promise it wasn’t me. He persists in his innocence and a more senior officer stopped in. “Let me talk to him”, he said. The rookie stepped into the hallway and met the other officer after just a few seconds as he stepped out of the interrogation. “He ‘fessed up”, said the veteran.

Later, while working speed enforcement, the rookie stopped a vehicle for driving too fast in a residential area. It was routine. The officer steps up to the car, peers carefully inside, and finds the sole occupant behind the wheel. “I’ll need to see your driver’s license, sir,” says the officer. “Why”, says the man behind the steering wheel, “I wasn’t driving”. What could have been a warning became a summons to Mr. Ghostrider. Why do people lie even when the truth would serve them better? Such is the daily input into the police officer’s life.

And what about the paranoia? It’s often quoted that even paranoids can have real enemies. This is certainly true for police officers. Even in recent days, we’ve seen officers shot while pulling over to assist a motorist, investigating a routine noise complaint, and just sitting in their patrol car. While the public wants us to smile, wave, and relate nicely to them – which officers are generally quite willing to do – officers know that there is not a safe moment while they are on duty, and perhaps not even off-duty in their own home.

Is it silly to always take a seat in a public place where they can see the door and have their back against the wall? Is it rude that when an officer is talking with you they are constantly breaking eye contact to scan their surroundings? One trainer illustrated the situation by using the example of cleaning lockers at the end of a school year. If a worker happens to come across a rattlesnake, that’s one thing, but if the worker knows that there’s a rattlesnake in there somewhere, their caution is justifiable.

Are police authoritarian? Most officers are required to handle things by themselves and not in a team. Officers on a scene seldom have the luxury of taking their time gathering every possible piece of information before making a decision. Their skill lies in gathering essential information in a short period of time and imposing a solution. It’s called leadership and command presence. The course of action must be undertaken with scant regard for emotion. Move that car, drop the weapon, step away from the door, break out your I.D., all while watching for threats and evidence. Is it any wonder if that spills over into other areas of their life?

Some officers may be accused of being emotionally distant. That is another survival skill against the battery of extreme emotions with which they are confronted. Officers often show great compassion and sensitivity as part of their professional character, measured against feeling deeply about every situation. Deep empathy is the ability to feel very much what another person is feeling, as opposed to sympathy which is a sense of pity or intellectual understanding of another person’s feelings. Empathy would simply break a police officer’s heart over time as they deal with crisis after crisis. An essential skill is to move past the pain of an event to find a solution and take appropriate action, without allowing the soul-killing nature of the job to ruin a police officer’s life. Dulling those emotions through suicide, substance abuse, or illicit sexual relationships has been the end of many careers and relationships.

Officers are often advised to leave their work at the station and not bring it home. Unfortunately, that on and off switch is not present in the human brain. Neural pathways that guide behavior become a template for taking in information and responding to it. What is good to survive a patrol shift isn’t necessarily good for enjoying time with the family. Since we are wired more strongly for survival than for relationships, (both essential) the survival characteristics become second nature and the relationship needs must be intentionally nurtured. The balance can help an officer serve well over a lifetime and still retain their sanity.

Are there characteristics that seem to form the police personality? Yes, and thank God for that.