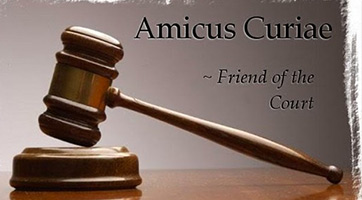 The National Police Association joined with the National Sheriffs’ Association and two organizations that support victims of crimes by undocumented immigrants in backing the United States in its opposition to sanctuary laws in California, arguing to the Ninth Circuit in a friend-of-the-court brief, it should overturn California laws interfering with immigration enforcement.

The amicus brief argued against SB 54, which prohibits state and local officers from sharing the release dates of aliens, and their personal information, with U.S. Immigration and Customs Enforcement (“ICE”), and forbids such officers to transfer custody of aliens to ICE. In these prohibitions, California does not merely “stand aside,” but compels many state and local officers who would cooperate with federal enforcement not to cooperate with that enforcement.

Sanctuary cities harbor criminals, creating a dangerous environment for US citizens such as in the case of Juan Francisco Lopez-Sanchez, an illegal alien who had seven felony convictions in the United States and had been deported five times. Yet, the city of San Francisco, a sanctuary city, released him in to the community. Eleven weeks after Lopez-Sanchez was released, he shot Kathryn Steinle in the back as she strolled with her father along San Francisco’s Embarcadero. Her last words were, “Help me, dad!” as she collapsed in her father’s arms. She died two hours later in a hospital.

The amicus brief was filed as part of the federal government’s appeal to the Ninth Circuit of a California federal court order that dismissed most of the DOJ’s March lawsuit against three of California’s sanctuary laws.

The National Sheriffs’ Association, the National Police Association, Advocates for Victims of Illegal Alien Crime and Fight Sanctuary State are represented by Christopher J. Hajec, Mark S. Venezia and Elizabeth A. Hohenstein of the Immigration Reform Law Institute. The case is U.S. v. State of California et al., case number 18-16496, in the U.S. Court of Appeals for the Ninth Circuit.

The amicus brief can be read here