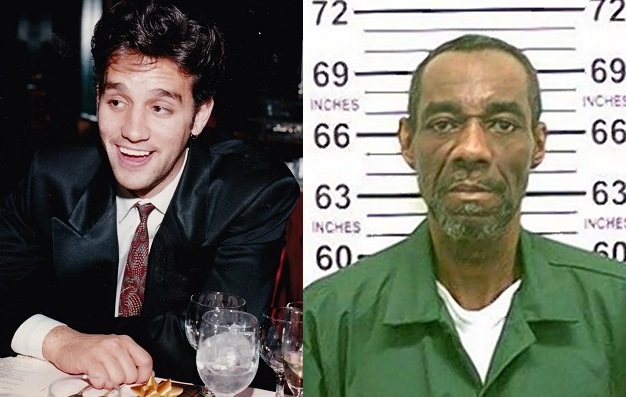 On December 28, 1991, twenty seven year old NYPD Sgt. Keith Levine was off duty and outwith friends in midtown Manhattan. Levine, son of a decorated career DEA Agent,observed an armed robbery in progress of an individual at an ATM. The armed robber was Michael Alston, then thirty five, who was a twice convicted killer out on parole. Levine ran to the scene of the crime. Alston took off running. Alston turned and fired at Levine. Mortally wounded, Levine fired one round from his service weapon which deflected off the metal zipper of Alston’s coat, allowing Alston to temporarily get away.

Five thousand police officers would attend Levine’s funeral. A three-block-long blue line of officers standing five deep, snapped a white-gloved final salute. Police Commissioner Lee P. Brown was eloquent in his praise of the young sergeant.”He went from being a young man out with his friends to being what he will be for eternity: a police hero.”

Instead of being sentenced to a lethal injection or at least life without the possibility of parole, Michael Alston took a plea deal of 15 years to life, leaving him eligible for parole at the end of this month.

No killer of a police officer should ever be granted parole. Attacks on police are an attack on society itself. We ask that you use the link below to contact the parole board to request Michael Alston, inmate #93A0704, responsible for the murder of Sergeant Keith R. Levine of the NYPD, be denied parole.