Skip to content
The Naked Truth About the Unclothed 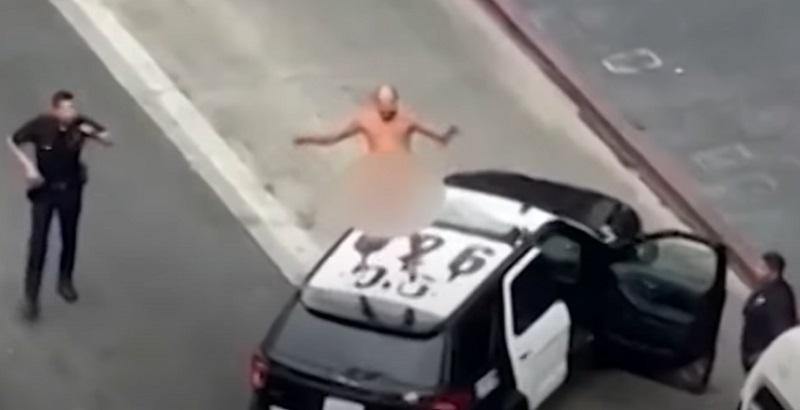 Ever since Adam and Eve looked down and realized they were naked and that was somehow not quite right, most of humanity has insisted on covering up. When law enforcement officers encounter a nude individual, the presumption is that there is something very wrong.

How much clothing is the subject of cultural debate, but pure nakedness is generally universally deemed a legitimate taboo. Americans criticize the cultures requiring the covering of the body and the face, such as the Islamic burqa, but in the history of Jewish, Christian, and Hindu, head coverings from hats to hijabs have been symbols of modesty.

Anyone who perused National Geographic magazines in 7th grade knows that covering the genitals is typical but covering the female breast is optional in a lot of places. (I read the NG for the articles, just FYI). Europe’s nude beaches and bare breasts and buttocks on the telly are often tittered about by travelers from North America. Tourists are either embarrassed or join in with the natives, in either case often becoming red in the cheeks.

A federal judge in Colorado ruled in a 2017 case that police could no longer enforce ordinances that banned the baring of breasts. The case came from the city of Ft. Collins which defended their ordinance but lost in what became known as the “free the nipple” case, despite concerns about the possibility of exposure to children, at places of worship, and in businesses.

When it comes to American law enforcement, police are often called to reports of indecent exposure. These may be as innocent as a person relieving themselves somewhere before their bowel or bladder erupts in an emergency. One prosecutor in a college town stopped prosecuting students for urinating in the alley in a section of downtown with many bars because he did not want an indecent exposure charge on their criminal record. Police started citing the offenders for littering instead.

While not all minor sex offenses lead to sexual assault, most rapists started with these “testing the waters” behaviors, learning how to disguise their behavior, justify it, or get away with it.

A major concern with those who disrobe in public in erratic ways is their mental status. Especially in younger persons, removing clothing may indicate a developmental delay or regressive behavior inconsistent with their chronological age such as autism where the awareness of the social taboo of nudism is not present.

Elderly persons with Alzheimer’s may disrobe because they are uncomfortable and can’t communicate that to caregivers, due to hallucinations that it’s time for bed or that bugs are on them, or to fondle themselves while unaware of their surroundings. Disrobing or sexually acting out in public can also be a manifestation of schizophrenia seen in a small minority of those diagnosed. Drug use, often accompanied by mental illness in addition to substance abuse disorder, can result in hallucinations and erratic public behavior.

While most disrobing due to mental illness is not committed by dangerously violent persons, their state of mind may make it impossible for them to recognize and comply with law enforcement officers. If such a person needs to be redirected or taken into protective custody, they may fight out of confusion or panic, creating a real challenge for officers to get them to help without getting themselves or the citizen hurt. In Chicago, a police officer is now recovering from being run over by a woman laying naked in the street whom the officer had stopped to check on. The woman stole the officer’s patrol car and struck the officer while fleeing.

The most dangerous naked person that attracts the attention of law enforcement is the person in a condition of Excited Delirium. Although some researchers deny that such a thing exists, police officers, ambulance personnel, and hospital emergency departments will certainly attest to its reality. The condition, usually associated with illegal substances but may be a metabolic disorder. It manifests with erratic behavior, high body temperature (thus the disrobing), and loss of pain response. The superhuman capacity to resist police and emergency medical workers who must restrain the patient in order to get immediate medical help to avoid a fatal result comes from a sense of panic.

Officers often have to get multiple helpers to restrain the person for emergency medical treatment and are thus accused of excessive force by bystanders ignorant of the fact that the patient’s life is at stake without advanced medical treatment. What may cause the average citizen a chuckle when seeing a naked man directing traffic on the roadway could present a life-threatening situation to the naked person and their rescuers.